Drivers are being advised the M6 at Knutsford in Cheshire will be closed again at the weekend to complete the operation to lay bridge beams over the motorway as part of Highways England’s £43 million junction 19 upgrade. 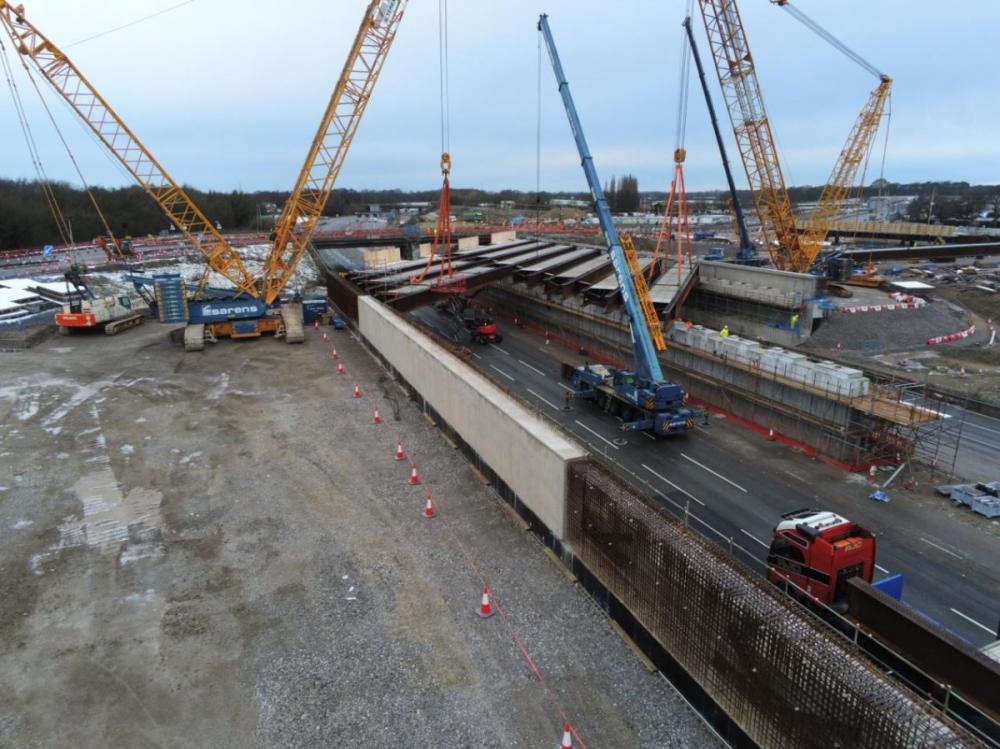 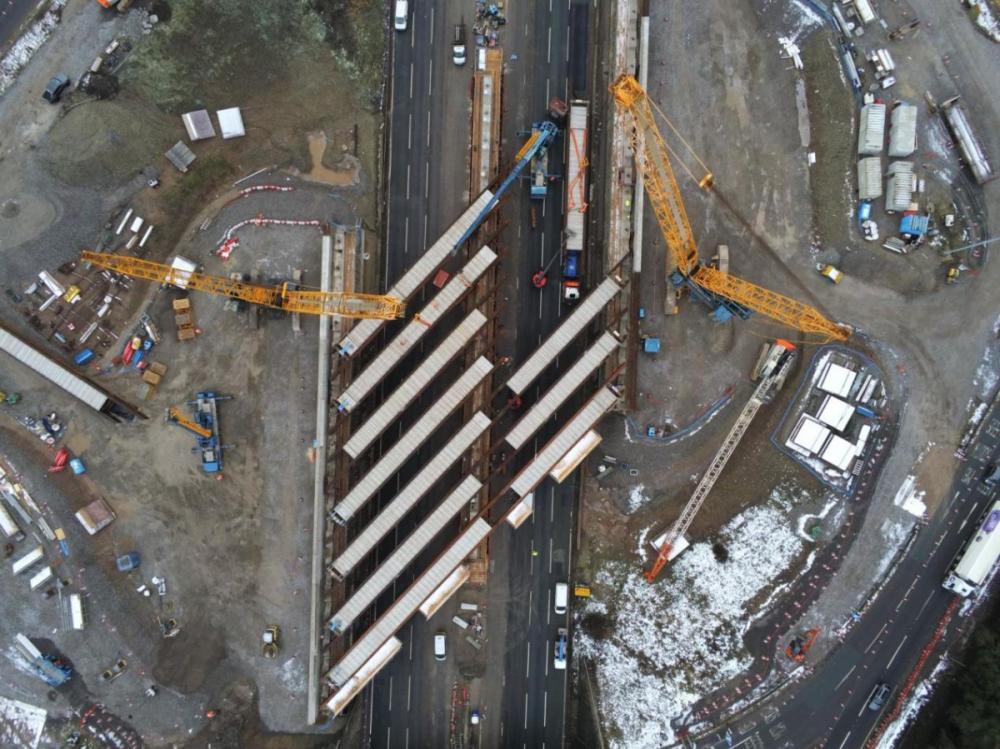 Highways England is constructing a bridge over the M6 to improve traffic flow between the motorway and the A556 and reduce congestion around the junction roundabout. The weekend’s first of two motorway closures enabled dozens of construction workers to complete work as scheduled – despite heavy rain, snow and freezing temperatures.

This weekend’s closure – from 9pm on Friday (29 January) to 5am on Monday (1 February) – will allow the completion of the operation to lift 18 pairs of 90 tonne bridge beams craned into place over the northbound and southbound carriageways.

The A556 Knutsford to Bowdon bypass will also be closed again in both directions to help traffic management around the roadworks. Work to remove all the traffic management, including carriageway closures, will begin at 5am on Monday and is expected to take up to an hour.

When the motorway is closed between junction 18 and junction 20 the diversion will run from junction 18 of the M6 at Holmes Chapel via the A54 through Middlewich and Winsford and then the A49 up to junction 10 of the M56 at Stretton.

When the motorway is closed at junction 19 only a simple ‘up and over’ diversion in place allowing drivers on both the southbound and northbound M6 arriving at junction 19 to leave and immediately rejoin the motorway using the exit and entry slip roads. To allow the diversion to operate smoothly there will no access at the junction to or from the A556 Chester Road or A556 Knutsford to Bowdon bypass.

At the weekend, flooding along the planned A54 and A49 diversion route meant an alternative A50 route east of the motorway was deployed instead with electronic signs set widely across the motorway network advising drivers.

Highways England is advising drivers making essential journeys during the lockdown to plan journeys carefully and allow extra time if they need to use the M6 route.

The latest Government travel advice can be found at https://www.gov.uk/guidance/national-lockdown-stay-at-home#travel

Longer-distance drivers heading beyond Cheshire are being urged to choose alternative motorway routes away from this part of the M6.

All drivers are advised to check traffic conditions before setting out on journeys. Live traffic information is always available at www.trafficengland.com or from Highways England’s 24-7 customer contact centre at 0300 123 5000. Updates will also be posted to @HighwaysNWest - Highways England’s regional Twitter feed.

The new bridge is set to open in the summer. More information on the project is available at https://highwaysengland.co.uk/our-work/north-west/m6-junction-19/