Tragedy Or Farce: Hell Hath No Fury Like A Cummings Scorned 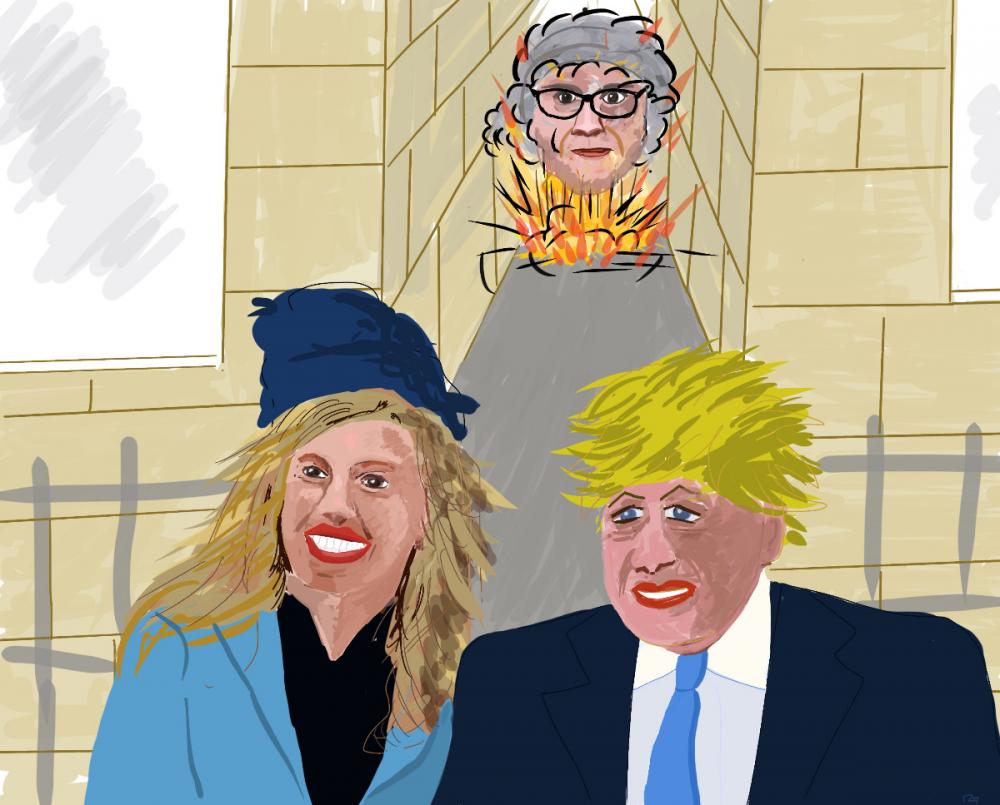 There was a lot of excitement in the build-up to Dominic Cummings’ appearance before a Select Committee to answer questions about what had been taking place in government before and during the pandemic. One of the anticipated revelations was the reason why Boris Johnson missed five COBRA meetings at the time the pandemic was first taking hold. Was it because he was writing a biography of Shakespeare to fulfil an overdue contract? Or was it because he was finalising his divorce? Or were both true? As Johnson may have been tempted to say: “A divorce! A divorce! My kingdom for a divorce!”

Indeed, it’s not long since the Mirror reported that Johnson used to quote Shakespeare to Jennifer Arcuri as “a kind of foreplay routine” during their affair. “Out, damned spot! Out, I say!” said Johnson, trying to clean the stains off the family sofa before his wife got home.

With Cummings expected to cry havoc and let slip the Doms of war, the Guardian reported that the Conservatives were fearing “bombshell evidence about Johnson’s actions, forecasting ‘Domageddon’, a ‘nuclear Dom’ or a ‘sword of Domocles moment’”. Say what you like about the Conservatives, but they do seem to know what they’re doing as far as puns are concerned. But guys – can you leave some for the rest of us, please? Some of us are trying to write mildly humorous articles. Don’t take all the good jokes. Can’t you stick to the proper business of government: buying upholstery and fixing PPE contracts for your mates?

Anyway, Cummings certainly appeared to have had a, ahem, Domascene conversion about his time in Number 10, suddenly realising that government should be transparent and honest about its actions and mistakes. That’s right, this is honesty being preached from the same man who fed us the fairy tale of “is this Barnard Castle which I see before me?”.

Still, it was entertaining to see many of those who called Cummings a liar now prepared to believe everything he said. Meanwhile, he appears to be about as popular with Tory MPs as James Newman is with Eurovision viewers. Conservatives who had previously defended Cummings, saying he had acted with integrity when breaking lockdown, now suggested he was discredited and embittered. I wonder though: perhaps both could be right? Me, I think he’s just doing what any father would.

Cummings was keen to point out in his evidence that he had not been Johnson’s “Chief Adviser”, but in fact was “Assistant to the Prime Minister”. I can only think of him now as Gareth Keenan to the PM’s David Brent. Cummings’ most withering criticism was reserved for the Health Secretary, Matt Hancock – or Lord Hancock as he may shortly become, once a scapegoat is called for. Cummings said that Hancock should have been sacked fifteen or twenty times for lying. Hancock’s response, that he hadn’t watched the testimony because he had been too busy “saving lives”, suggests that we can add one more to that total.

In truth though, the most shocking thing about Cummings’ evidence was that nothing was very much of a shock at all. We’d seen it all happening in real time: herd immunity; sending untested people into care homes; delays implementing lockdown; a lack of preparation and planning. There are no Domshells there.

Cummings was also highly critical of Johnson, saying he wasn’t fit to be PM and comparing him to a shopping trolley. Conservative MPs lined up to defend Johnson and Hancock the next day, showing an admirable commitment to protecting them both. It’s a shame they couldn’t have put the same effort into saving their constituents in care homes. And as for shopping trolleys, unlike Tory MPs they at least seem to have minds of their own.

Still, we can all now look forward to the public enquiry into the Covid response, in which Johnson will decide that he did nothing wrong and that he won’t be sacking himself. Then on to the next general election when the Conservatives will once again position themselves as nothing to do with the previous Conservative administration.

In the meantime, Johnson is celebrating for other reasons, having once more got married. He may be profligate with his home decorating, but he’s certainly getting his money’s worth from his wedding suit. The ceremony was a closely guarded secret, with only thirty attendees. Sadly, once all his children had been invited, that didn’t leave room for anyone else.


Also by Roger Winterbottom...
It's Coming HomeTriumph Of The SwillRun With The FoxHonesty Is One Of A Range Of OptionsWill Johnson The Pleasure Bot Have a Premature Relaxation?
The Times reported that the “wedding is a triumph for Carrie against Cummings”, which seems less like a celebration and more like some overcooked soap-opera plot. It was related that “friends of the bride” said the wedding “marked a victory against Dominic Cummings and the inner circle of Johnson’s former chief adviser”. (Erm – I think you mean Assistant to the Prime Minister?) Symonds sounds like quite the formidable opponent, seeing her marriage in the context of crushing her enemies. Though she buy Lulu Lytle, she is fierce.

Only a few days previously, the papers had been reporting that Johnson and Symonds had sent out ‘save-the-date’ cards to their family and friends for a date in July next year. I guess that must be the day on which the public enquiry will begin into who funded the honeymoon. Until then – once more unto the beach in Mustique, dear friends, once more!