Tunnel Scheme “Likely To Have Significant Effects On The Environment” 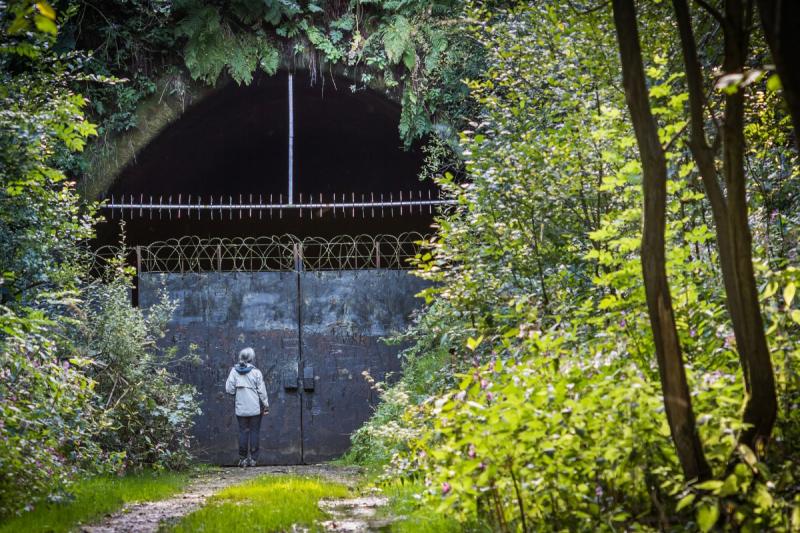 The north portal of Queensbury Tunnel.Credit: Four by Three
Highways England will have to produce an Environmental Impact Assessment to support plans for the abandonment of a disused railway tunnel under Queensbury in West Yorkshire as a result of concerns over the potential for ground settlement.

Campaigners hope to reopen the Victorian structure, 1.4 miles in length, as part of a cycle network connecting Bradford and Keighley to Halifax, but Highways England’s Historical Railway Estate (HRE) - responsible for managing the tunnel on the Department for Transport’s behalf - wants to permanently close it at a cost to the taxpayer of £3.6 million. 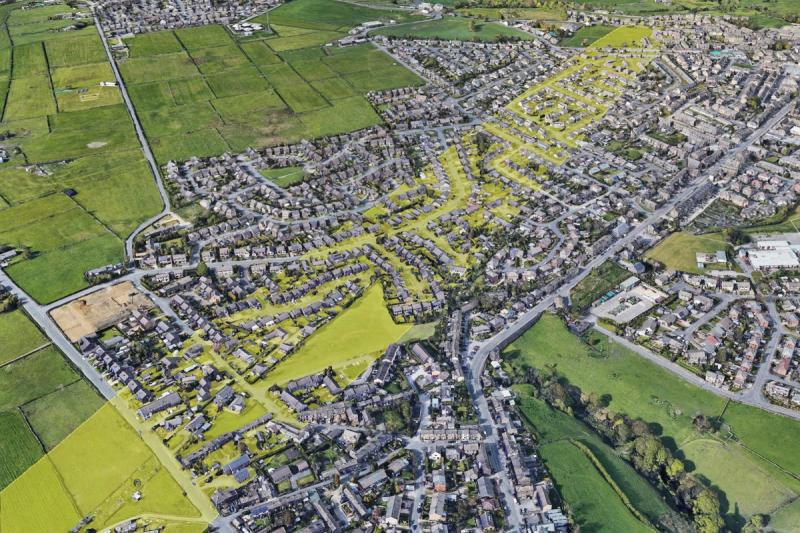 Queensbury Tunnel's 'zone of influence', as described in a report by Jacobs, Highways England's consulting engineers. Credit: GoogleEarth/Landsat/ Copernicus
HRE’s proposed abandonment scheme involves infilling about 15% of the tunnel and allowing the rest to collapse, including the section under the populated part of Queensbury. Seven shafts would also be backfilled. The work requires planning permission and, in May, Bradford Council was asked for a screening opinion as to whether an Environmental Impact Assessment (EIA) was also necessary. An EIA is the process by which decision-makers are held to account for the potential environmental impact of their proposals, based on detailed studies and public comments.

Jacobs, a firm of consulting engineers acting on HRE’s behalf, has made three submissions looking at the tunnel’s likely interaction with the extensive historic coal workings found locally. Its most recent report, running to 83 pages, concluded that the abandonment scheme presents “low risk”. 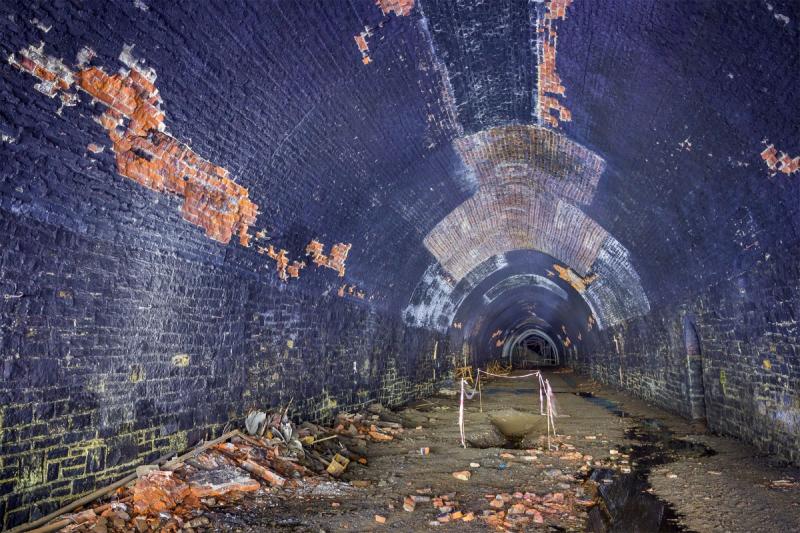 The view south from No.4 shaft towards the larger of two partial collapses. Credit: Forgotten Relics
However, in respect of possible ground settlement, a response from the Coal Authority makes it clear that “there is a potentially complex relationship between the tunnel and the recorded [mine] shafts which merits much more detailed investigation and analysis.” It went on to state that the potential for unrecorded workings to affect the tunnel needs to be given deeper consideration.

On Tuesday, Bradford Council informed Jacobs that an EIA was needed, asserting that the abandonment scheme “is likely to have significant effects on the environment.” 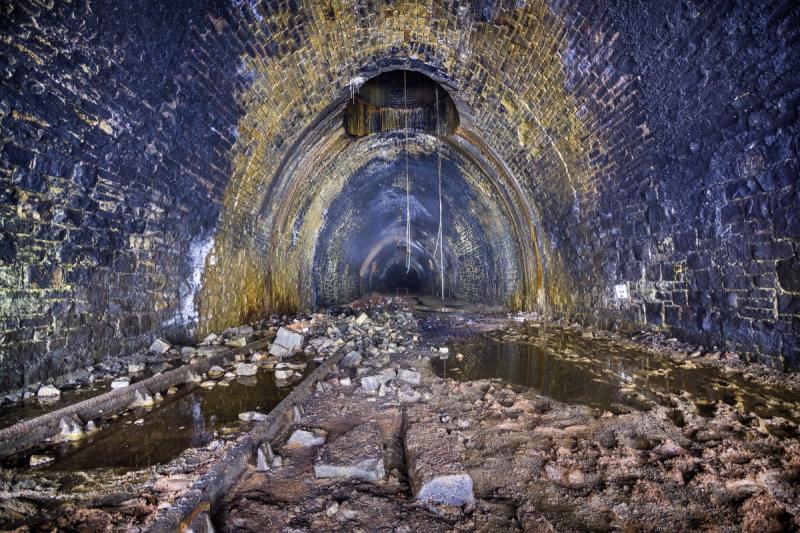 A view of No.4 shaft which plays a crucial role in Highways England's
Norah McWilliam, leader of the Queensbury Tunnel Society, said:

“Once again, Highways England and its consultants have shown themselves to be out of their depth. It’s clear they haven’t effectively understood the consequences of allowing the tunnel to collapse under Queensbury as a result of the area’s mining legacy. Many of the coal workings are so old they were not recorded.

“The only reasonable approach is to maintain access into the tunnel for inspection purposes, allowing any emerging problems to be seen and properly managed. All the alternatives involve a level of doubt that local people should not have inflicted on them.

“Any confidence we had in Highways England has now ebbed away. We are not prepared to accept an abandonment plan that would leave a festering uncertainty below our village. And there’s a huge sum of taxpayers’ money at stake here. Instead of frittering more of it away, they should call a halt now and use it to transform the tunnel into a fantastic public asset.”