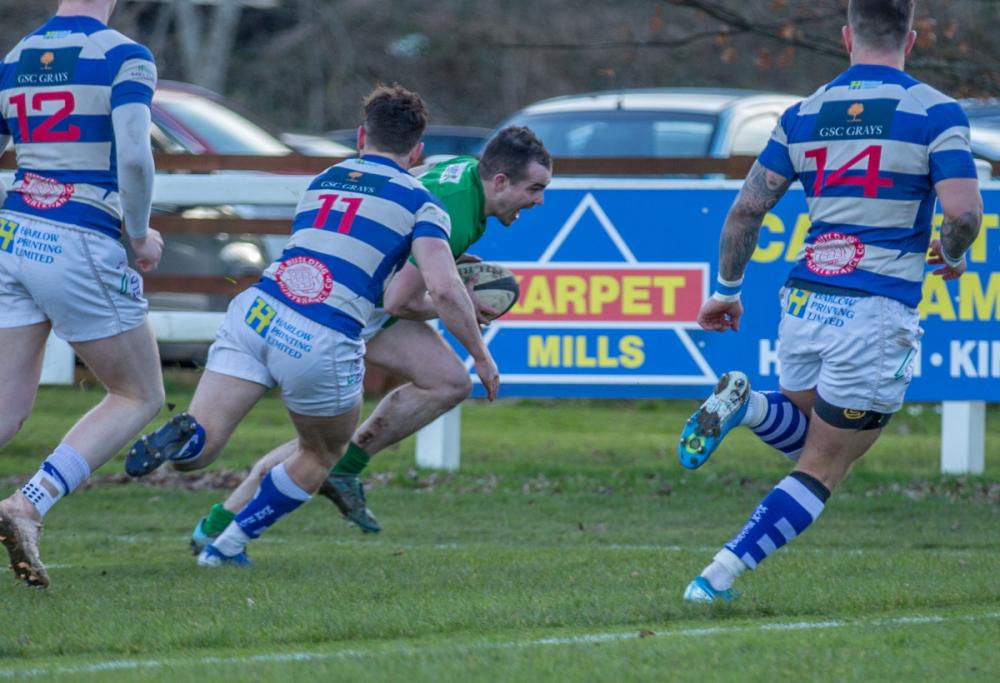 photo by Ro Burridge
Even when the final score is unfavourable, a trip to Tynedale is never without its rewards for the Green Army. But when both Wharfedale’s first and second teams come away with the spoils, the day is truly memorable.

On a fine day up in the North East, the large travelling support were soon celebrating.

Oli Cicognini, who had already made one telling break in the first minute, and was to remain a threat all afternoon, opened the scoring on 11 minutes, with an excellent try out wide.

In testing, blowy conditions, Blakeney-Edwards converted impressively. Minutes later Tynedale drew level with their own try in the corner, and conversion.

Dale restored their lead with another Blakeney-Edwards penalty, followed by a converted try after a typical sniping break from Sam Gaudie, who fed Rian Hamilton to finish under the posts.

A beautiful, incisive move. Again, Tyne immediately responded with another try from a clever cross-kick, to leave them trailing 12-17 at the break.

Scrum-half Gaudie, along with fly-half Blakeney-Edwards, asked questions of the Tynedale midfield throughout the game. This was probably the difference between the two sides. 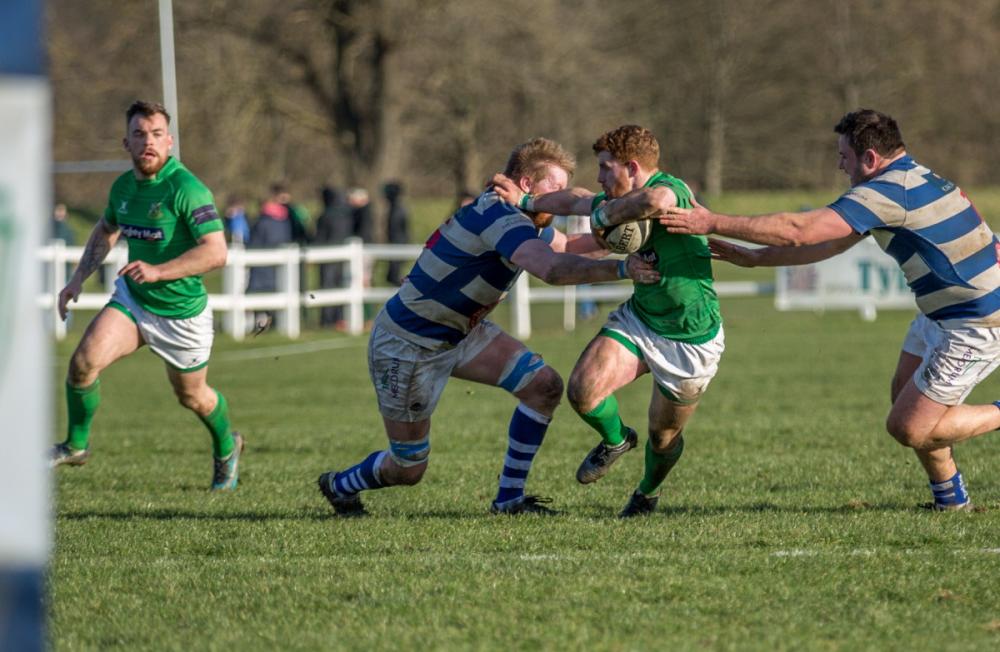 photo by Ro Burridge
Tynedale had speed out wide, and were competitive up front, but had a half-back pairing that was relatively predictable. They rarely found space for their back three in the inventive way that Wharfedale’s playmakers did.

Cicognini scored his second try after 12 mintues of the second half. Again, Tyne quickly pegged the score back to within 3, after a converted try of their own.

With tension rising around the ground, and a tight finish in prospect, the match was effectively settled when the referee adjudged Cicognini to have been obstructed when about to score.

Not only was a penalty try awarded, but Tynedale received the first of two yellow cards. Despite being two men down, Tyne did rally briefly with a fourth try, but it was to be Dale that finished proceedings when Cicognini lookalike, Sam Booker, flew in at the corner.

In rugby, much is often made of the spine of the team, and Wharfedale is fortunate that although the team is often fluid, in key positions it has absolute rocks.

In particular, with Dan Stockdale at hooker and Rob Baldwin at 8, no green team is ever going to lack heart. Tries were conceded, but the commitment of Wharfedale’s defence was never in question. 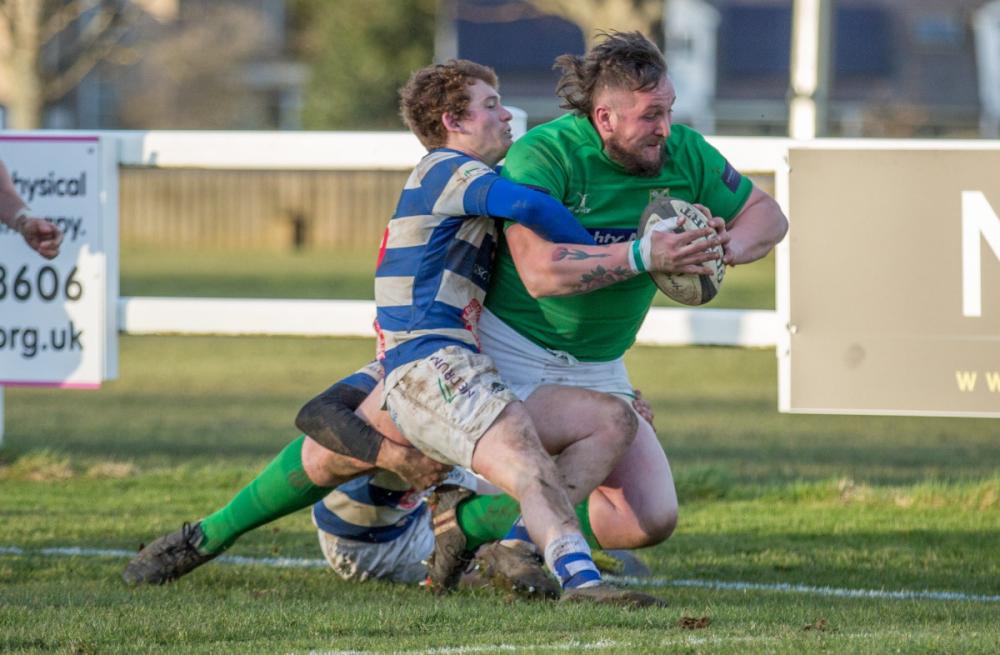 photo by Ro Burridge
Head Coach Jon Feeley was predictably delighted with the performance:
“To take any victory away from home is always an achievement but to take 5 points and in the manner that we did was particularly pleasing. We dominated possession and constantly asked questions of the home defence.

"I actually felt we came in at half time short of where we should have been, considering our dominance. Our half-backs were a constant threat, and you felt every time Cic got the ball he would break the line. He had an outstanding game.

"Every member of the squad had an impact, but I was particularly pleased for Sam Booker who came on, made several telling hits in defence and then ran one in to finish the game from inside his own half. He is a really popular character who sported a Rian Hamilton tribute haircut, which was particularly brave.”

With this superb team effort, Wharfedale stretched their unbeaten record to five games, and opened up a ten-point cushion between themselves and the relegation zone. But, despite now standing mid-table, the league table remains congested, and no place for complacency.