UB40 Release 'Champion' The Official Anthem Of The Commonwealth Games 2022 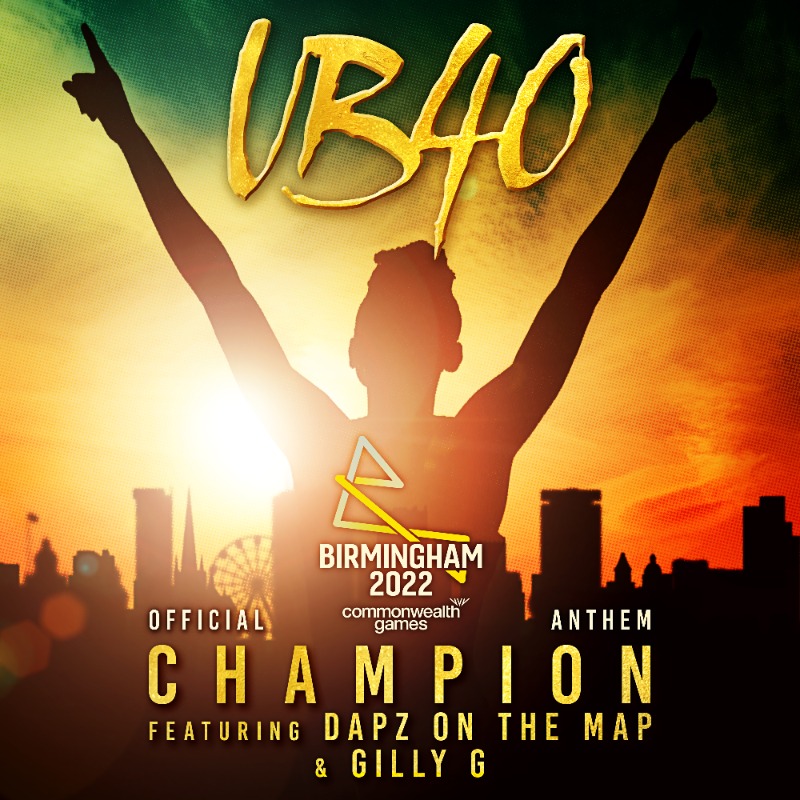 Iconic reggae band UB40 will celebrate a momentous 45 years in the business with a brand new album ‘UB45’ and a UK and Ireland tour. The debut single from the new album ‘Champion’ has been unveiled today as the official anthem of the Commonwealth Games 2022 and will be released on 15th July 2022. The track is available to stream here .

Champion, was written by UB40 for the new multi-artist album “On Record” as part of the Birmingham 2022 Festival and features Dapz on the Map and Gilly G. On Record, commissioned and produced by Birmingham Music Archive, features eleven original songs exclusively written and recorded by new and established city music talent.


UB40 - Photo credit Radskiphoto
Champion is the official Commonwealth Games song and celebrates the games coming to England for the first time in 20 years. It’s also a celebration of Birmingham. It is the first single from UB40’s new album UB45 which will be released early 2023. The album is the ultimate celebration of UB40 past and present featuring new original material and also a reworking of some of the band's classics and greatest hits, performed by new frontman Matt Doyle.

The ‘UB45’ tour is a must-attend event for any UB40 lover. New front man Matt Doyle stunned audiences across the UK and Europe with his debut tour this summer to rave reviews, and this tour will take the UB40 live experience one step further.

As fans have come to expect, the tour promises to be a true UB40 fest - a celebration of the band’s timeless classics and fan favourites, alongside their latest material. Audiences will be treated to a set list packed with incredible hits, such as Food for Thought, Kingston Town, (I Can't Help) Falling in Love With You and Red, Red Wine, as well as new track Champion.

Since forming in 1978, UB40 has transcended their working-class origins to become the most successful reggae band in the world. Older numbers such as King (about the legacy of American Civil Rights leader Martin Luther King) and One In Ten (about unemployment in the UK) which feature on the tour are as timely today as when they were first sung in 1980 and 1981.


Robin Campbell, Guitarist and Vocalist says: “Our 45th anniversary doesn’t bear thinking about, but the celebrations will be great fun starting in the UK arenas in December. These shows and the new album represent our brotherhood and celebrating our history but also taking our next step together as a band. We are pushing new boundaries and looking to the future with our frontman Matt Doyle, and we can’t wait to show the world how good he is with us and how much he’s come on in the last year. Come and join us to celebrate 45 years of UB40 and what is going to be one massive party!”