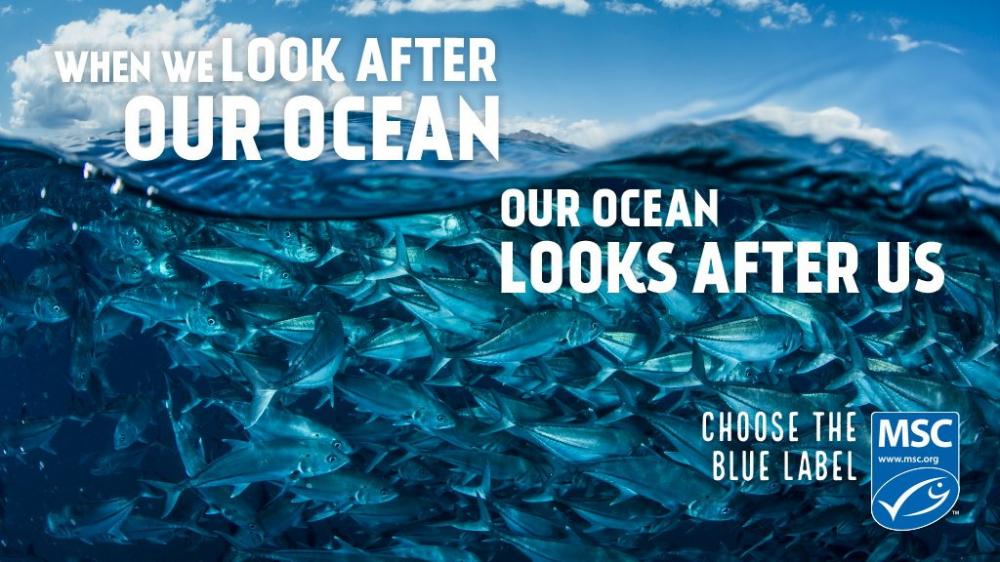 There is a growing concern among the UK public about the state of the world’s oceans, accompanied by a rise in those saying their buying habits can make a difference to this threat, according to new findings released today by the Marine Stewardship Council (MSC).

Some 91% of respondents from the UK were worried about the state of the oceans, with 64% saying they are more worried than they were two years ago, the research found. The independent survey of attitudes to seafood and ocean health – carried out by GlobeScan in 23 countries and involving 25,000 people – is the largest of its kind in the world.

To coincide with World Ocean Day, the MSC has released a series of short films on sustainable fishing, showcasing the innovations undertaken by fisheries to help safeguard the ocean.

Top of concerns about the ocean for UK consumers were pollution (64%), overfishing (48%), and climate change (38%). With over a third of the world’s fish stocks overfished and climate change changing marine ecosystems, the survey – released on the UN’s World Ocean Day – shows UK consumers are more aware than ever of the impact their choices have on the oceans.

Globally, the top reasons for protecting the oceans were that healthy oceans are necessary for the future health of the planet, (63%), to prevent ocean wildlife from going extinct (60%) while 51% said they wanted their children and grandchildren to have healthy oceans.


Rupert Howes, Chief Executive of MSC, said:
“There is deep concern about the future of the oceans, but the clear message from this global survey is that more people than ever are recognising that their choices can help change that. It is essential that we act now to safeguard the ocean’s biodiversity, food supplies and the livelihoods that depend upon them. Consumers and markets are a powerful force for change, rewarding fishers who are fishing our oceans sustainably. However, given the scale of the challenge, it is essential that governments play their part, to ensure that fisheries around the world are managed sustainably.”