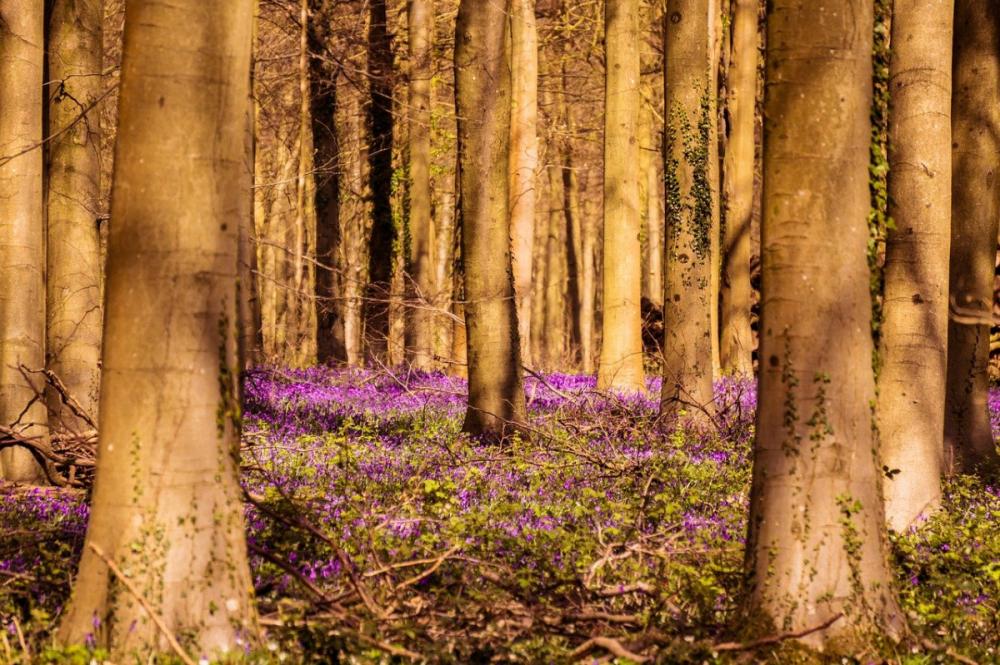 Bluebell woodland. Image by Dan Jones
A new report published by the Woodland Trust brings together evidence which highlights a barrage of compounding threats which could have catastrophic consequences for the UK's woods, trees and the flora and fauna within them.

The State of the UK’s Woods and Trees 2021 examines the data and evidence behind the health of the nation’s woods and trees. It is the first of its kind to focus on native woods and trees, which are such an important part of our natural and semi-natural habitats in this country. It shows that 5 major threats are compounding to result in negative impacts that could spell disaster for wildlife including plants, birds, butterflies and insects.

Only 7% of native woodland is in good condition.
Lack of dead wood, veteran trees and open space are causing declining habitat variety.
50% of ancient woodland is damaged by commercial forestry plantations or rhododendron invasion.
A large proportion of woodland SSSIs are in “unfavourable condition”.
Woodland butterflies such as white admiral, heath and pearl-bordered fritillaries are in steep decline.
Dead wood beetles such as bee, noble and rose chafer beetles are in steep decline – a key food source for bats.
Woodland specialist birds have declined by over 80% since 1970: including willow tit (declined 94% since 1970 – Britain's fastest declining resident bird), lesser spotted woodpecker, lesser redpoll, spotted flycatcher, and capercaillie.
Flowering plants like spreading bellflower, and lily of the valley are in decline.

“The warning signs in this report are loud and clear. If we don’t tackle the threats facing our woods and trees, we will severely damage the UK’s ability to address the climate and nature crises. Our wildlife havens are suffering, and we are storing up problems for future generations.

“The first step is setting legally binding targets for the recovery of nature, including our precious and irreplaceable ancient woodlands and trees. The Government’s new Environment Bill must provide the foundation for ambitious, effective and well-funded woodland policies and grants so that landowners and communities can protect, restore and create wildlife-rich, healthy wooded and treed landscapes, in towns, cities and the wider countryside. There is no success in hitting creation targets if our existing woods and trees are struggling and in decline.”

To reverse these threats and avoid catastrophic consequences for wildlife and plants the
report recommends:

1. Native woodland must be a major part of woodland expansion, to help nature recover. We need more native woodland connecting and expanding existing woods and replacing lost trees outside woods.
2.Enhance existing woods and trees. Existing native woods and trees must be protected and enhanced to become a source of widespread nature recovery and improve people’s lives.
3. Improve evidence and monitoring.
4. Invest in the future.


The full report makes sobering reading, and can be found here: https://www.woodlandtrust.org.uk/state-of-uk-woods-and-trees