Unimogs On Tour – A Chance To Drive 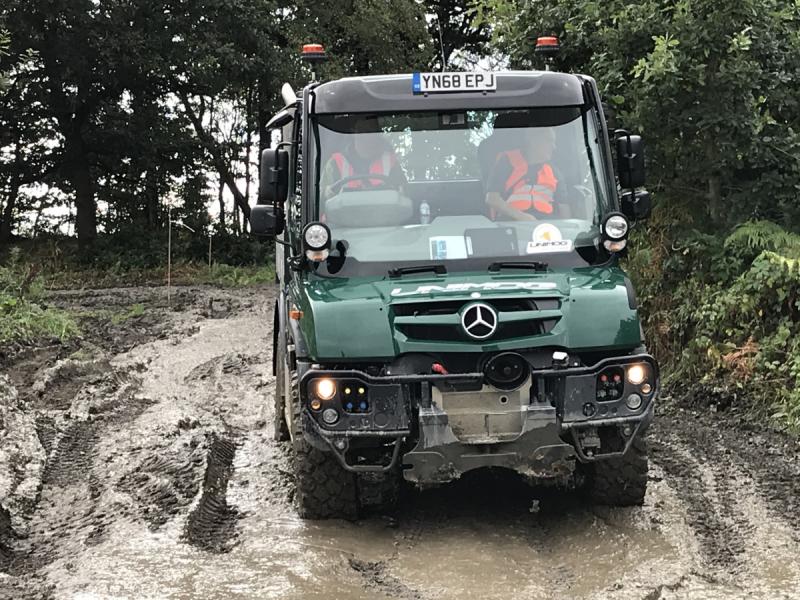 In the depths of winter, a local farmer brings out his ultimate go-anywhere vehicle – a Unimog. I have often admired it from afar but have never had the opportunity to get behind the wheel… until now.

Unimog is made by Mercedes-Benz and as part of a new campaign to raise awareness in the UK, I was invited to participate in their ‘Unimog on the Farm’ tour, currently moving to select locations.

In the UK, farmers are the main buyers of the Unimog and at the event I was joined by a mostly knowledgeable agricultural audience. I had much to learn.

One of the main attractions of a Unimog, apart from their abilities off road, is the option to attach a variety of different attachments to both the front and the rear of the vehicle. This allows a variety of tasks to be carried out at one time. 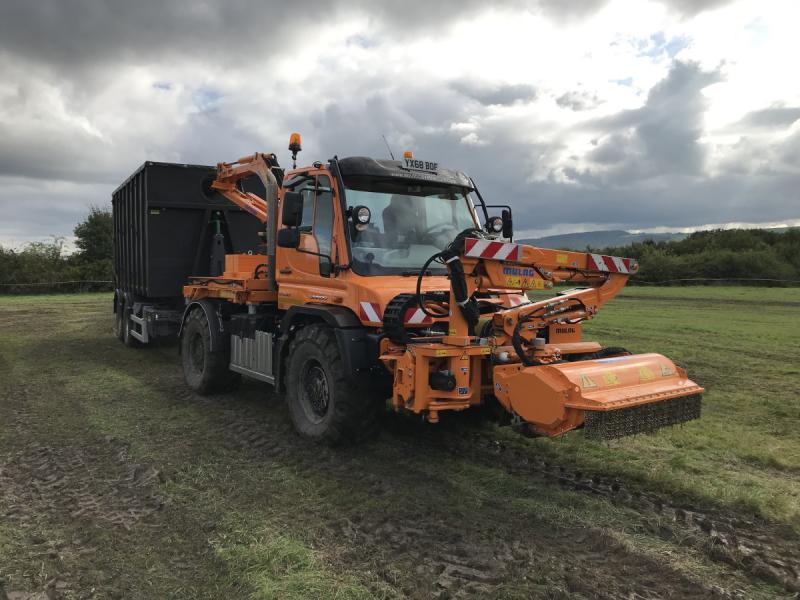 What is more, it is relatively straightforward to swap attachments at different times of the year. In summer the Unimog might do service mowing, hedging and ditching, yet come winter, snow ploughing duties might be the order of the day.

This may well mean that the user can make do with one versatile work vehicle, rather than two. There are clear cost savings therefore to be had.

In the Unimog’s home market, local councils and motorway maintenance contractors are big buyers, drawn to the Mog’s versatility. I wonder why our local authorities do not do the same. It could well be the price but consider that in this part of the world the gritting lorries probably stand idle for nine months of the year, whereas a gritting Unimog would take on a new role come spring.

I was unable to establish exact pricing for the Unimog range, but if I said the prices start around £80,000 for a base vehicle and then you add attachments etc from there. The sky is the limit depending on what the user wants, and I gather it would be quite easy to double that price. 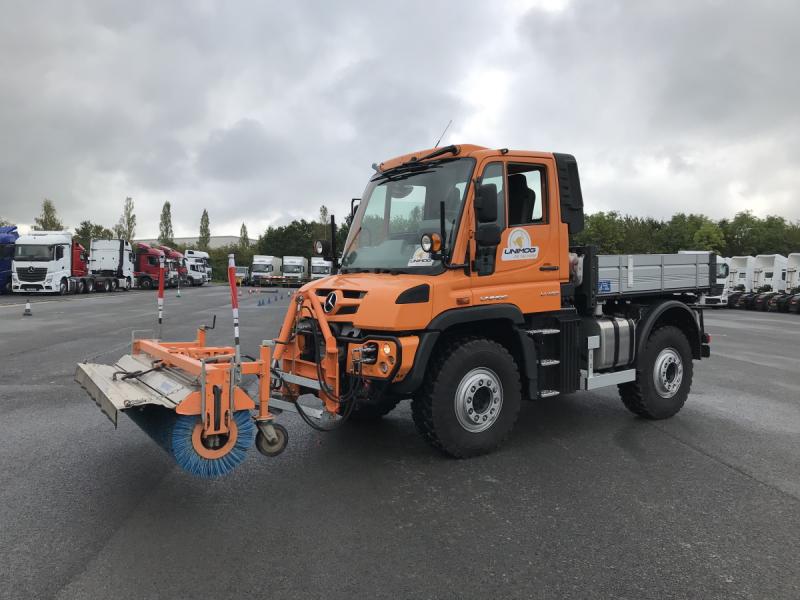 Residual values are high and demand in the UK for older models good. Most will be bought on some sort of finance scheme.

A few Unimog owners had brought along a selection of older vehicles for us to look at (but sadly not drive) and one of these was for sale at around £30,000. Tempting, though I would want to have it properly inspected before parting with my cash. It may well have had a hard life.

Running costs are considered to be lower than the equivalent tractor and I gather 7.4mpg or a consumption of 12.6 litres of fuel per hour is the order of the day.

Servicing is required after 1,400 hours of use and of course the cost can be absorbed into the finance plan. A three-year warranty is standard and one of 4 specialist dealers or 23 aftersales dealers can carry out repairs and maintenance. 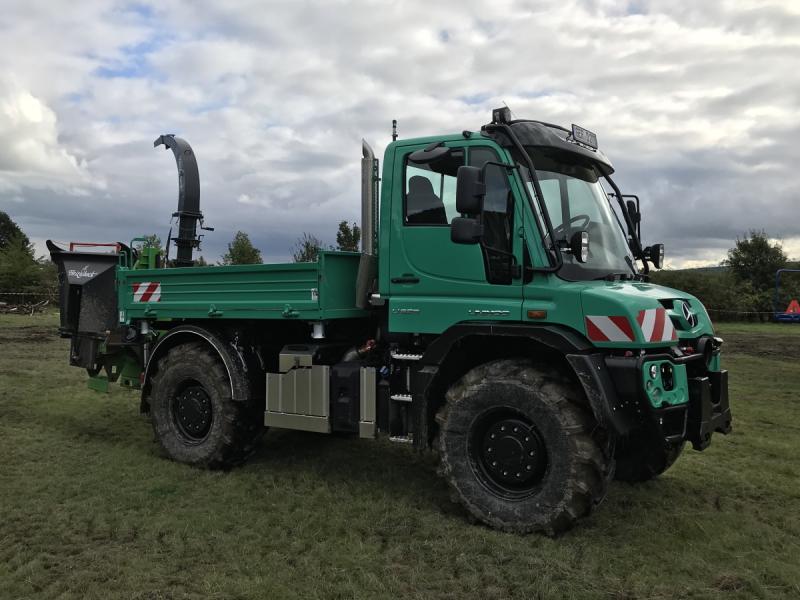 All the above is very interesting, but I was keen to get behind the wheel of as many different types of Unimog as possible.

I began gently with a little road sweeping and ended the day with some hardcore mowing.

However, the off-road course was where I had the most fun and was able to assess the Mog’s true capabilities.

All Unimogs sit high off the ground, requiring a bit of a scramble to get to the cab. Once ensconced, the view out is excellent with nothing to obstruct the forward view.

Banks of switches seem somewhat daunting for the uninitiated, but helpful instructors made it all clear. Many are automatic, but some are manual with a preselect function whereby you pull a steering wheel mounted lever to choose the next gear, before dipping the clutch to make the change happen.

Three combinations of locking differential can be fitted together with an exhaust brake to help slow you down.

I rather liked the Variopilot system, which allows the steering wheel and pedals to be moved from one side of the cab to the other. There are clear advantages to this, allowing the operator to sit next to the area of land he’s working on. It also means the vehicle can be sold in right and left-hand drive markets. 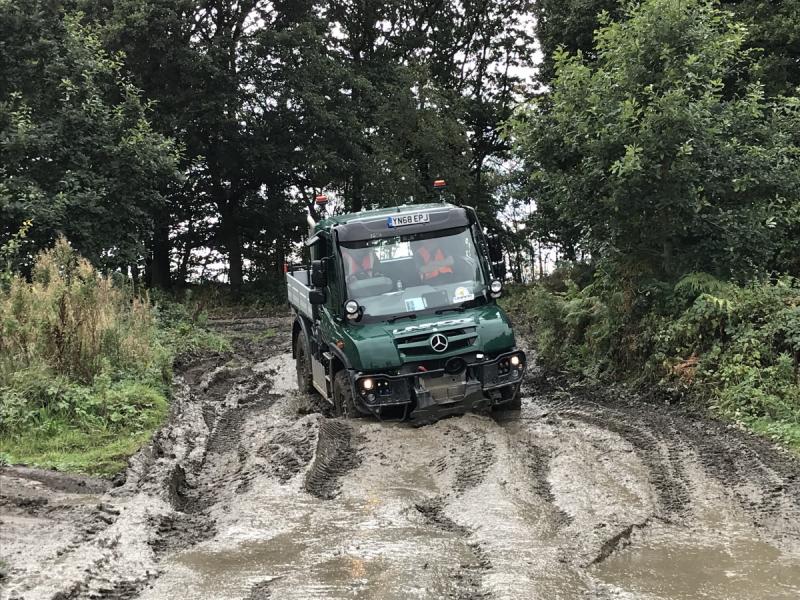 The off-road course was made more challenging by the previous day’s torrential rain and we were marked by our instructors as we navigated the gloopy course.

With all the major mechanical components carefully hidden with the Unimog’s body, there was little chance of grounding any major components.

Hard core tractor tyres were not fitted to the three test vehicles, making the course even more challenging.


Also by Andy Harris...
Coronavirus - A Motorists' GuideD-Max XTR - Isuzu's Popular Pickup On TestBonjour Mon Ami – Urban Mobility From CitroenWinter Driving Tips - Stay SafeIt’s Geneva Motor Show Time
Slow and steady was the order of the day and each of the Mogs tackled the course with relative ease. There was a degree of slippage in some of the more treacherous sections, but with a little faith, a lot of torque and a gentle right foot, momentum was always maintained. It was hard not to be impressed.

I was rewarded for my diligence with a prize for a top score. All my time in 4x4s off-road had clearly not been wasted.

So, all in all an interesting day after which I can heartily recommend a Unimog. It would make a wonderful plaything for a wealthy landowner, but clearly Unimog is keen to make inroads into the UK tractor market. They would seem to make a lot of sense due to their versatility and comparatively low running costs.

And then there’s the German engineering backed by the might of Mercedes-Benz to consider too.