The University is sending 200 students from its sports development with coaching, sport event management, and journalism courses, through a partnership it has with the London Organising Committee of the Olympic and Paralympic Games (LOCOG).

Lecturers from Sheffield Hallam's Academy of Sport and Physical Activity worked with LOCOG's press operations team to create a unique set of academic modules designed to prepare students for work in elite sports events. Students taking the modules are given the opportunity to work with LOCOG on Olympic test events, as well as supporting LOCOG's press operations team in the Olympic media centre and across all major competition venues.

The programme has been awarded the London 2012 Inspire Mark in recognition of the education and participation opportunities it provides. 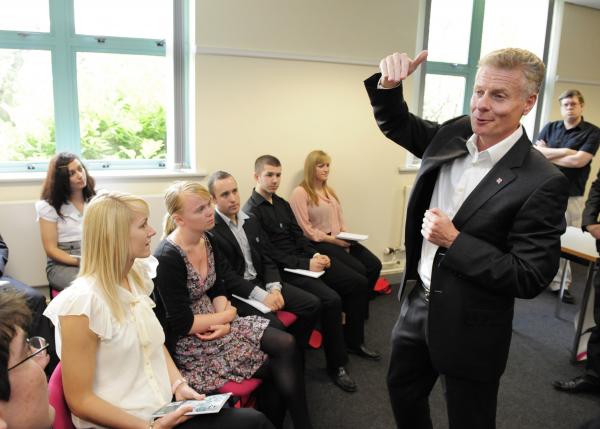 "And what better way for students to be entering the workforce, and to be looking for a future career, than to have had this kind of experience integrated into your education? It seems to me that it's a partnership that works superbly for both sides." 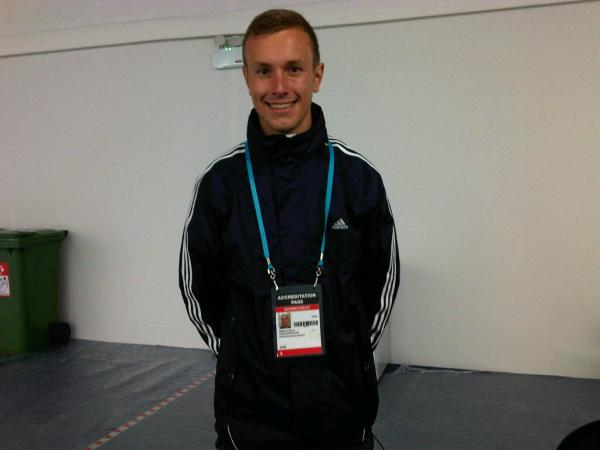 He said: "I'm really enjoying working with LOCOG's press operations team. It's a completely new experience for me to work with such a high-profile organisation. I'm learning lots of skills from the team here, and it's incredible to be a part of London 2012 through my university course.

"Sporting events don't get any bigger than the Olympics and the scale of what I'm doing still hasn't sunk in - but I'm sure it will over the next few days.

"During the Games I'll be working as a volunteer in the mixed zone in the Aquatics Centre. The mixed zone is where journalists interview athletes after events, so it's a really important role and I'm looking forward to working so closely with athletes and the media."


Photo: Jon Candy
And nine students from Sheffield Hallam University have been selected by the London Organising Committee of the Olympic and Paralympic Games (LOCOG) to support the Olympic Torch Relay on its journey through the country.

The sport students will travel with the Olympic Torch Relay team for the full 70 day journey, helping to co-ordinate the Relay from one overnight destination to the next. Sheffield Hallam is the only university in the UK to have been offered this opportunity, due to its unique partnership with LOCOG.

The Olympic Torch Relay will be hosted in Sheffield by former Blue Peter presenter and Sheffield Hallam media studies graduate Andy Akinwolere. And the University has three Torchbearers of its own, helping the Torch make its journey through the City.

Student Stephen Birkby, Hallam Union sports officer Colan Leung and head of sport services at Sheffield Hallam, Dan Porter, were all selected by the University to be official Olympic Torchbearers, as part of Samsung's nomination programme for the London 2012 Olympic Torch Relay.

Samsung is a presenting partner of the London 2012 Olympic Torch Relay and Sheffield Hallam is one of only 31 universities to be selected as a partner in this unique Torchbearer nomination programme.

Vice-Chancellor Professor Philip Jones said: "All three of our torchbearers were selected because they have inspiring stories and have worked hard to overcome difficulties. We're very proud that they are part of the Olympic Games, and I hope that the University community, and the Sheffield public, get behind them and support them on this journey."

Sheffield Hallam's Academy of Sport and Physical Activity brings together the University's sports teaching programme and three world-renowned research centres to offer an international centre of excellence for cutting-edge sports education and research.