Walking wonder Jeffrey Long has walked 100 miles, despite undergoing cancer treatment, to raise money for the Royal Air Force Benevolent Fund and the RNLI. His challenge was completed this weekend as he walked 10 miles on Saturday followed by 10 miles on Sunday around his local area. 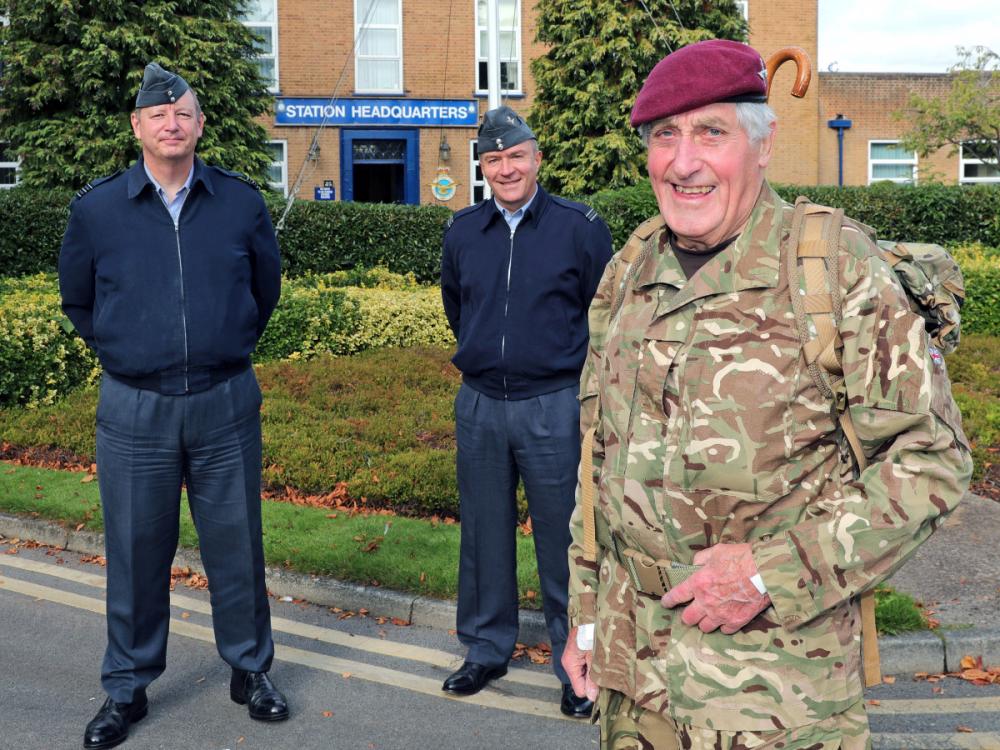 Jeffrey Long
Eighty-nine-year-old Jeffrey, from Bingley, took on the challenge in 10-mile chunks, and had planned to finish in the summer. But his plans were delayed when he needed to take some time out following an operation on his hand to treat skin cancer. This is in addition to also receiving treatment for blood cancer, which often left him fatigued.

Jeffrey said: “It has been hard with the cancer operation. It is nice to get it done before Christmas and I am proud to have raised more than £2,000 for the charities.”

Before greater lockdown restrictions were brought in, Jeffrey chose routes to pay tribute to two ill-fated RAF crews. He walked along the Leeds to Liverpool canal to Bradley War Memorial to pay tribute to a Polish crew who were killed in an aircraft crash during the Second World War. He also took an 11-mile route from RAF Linton-on-Ouse to the street in York where in 1945 an ill-fated Halifax bomber crashed soon after take-off from the RAF station killing 11 people.

Jeffrey still suffers with a back injury which ended his career as a paratrooper but he doesn’t let that or his cancer diagnosis stop him stepping out for charity. In 2018, the veteran fundraiser walked 100 miles to mark the centenary of the Royal Air Force, taking a route between RAF stations in the south and raising more than £1,600.

Aaron Tillyer, Community Fundraiser for the RAF Benevolent Fund, said: “Jeffrey’s enthusiasm just cannot be dampened! His determination to get out there and raise awareness and funds for the charities he supports is irrepressible.

“On a serious note, without the incredible efforts of supporters like Jeffrey the Fund would not be able to continue the work it does supporting RAF personnel, past and present, especially during these difficult times.”

If you would like to support Jeffrey please go to www.virginmoneygiving.com/jeffreylongmbe2