Violeta By Isabel Allende - A Review 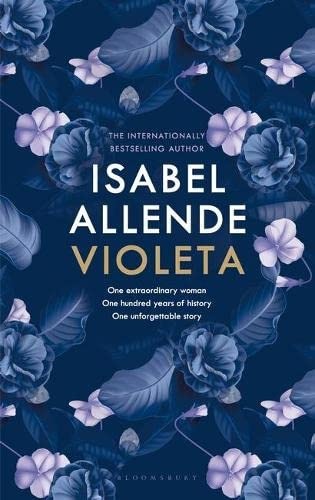 Violeta traces the life of our eponymous protagonist, born ‘one stormy Friday in 1920, the year of the scourge.’ The opening passages, depicting her country’s reaction to the Spanish flu pandemic now feel uncannily familiar – and it is perhaps this understanding that brings Violeta’s world firmly into the forefront of our imaginations.

The narrative is a story told not to us, the reader, but to a person that is dear to Violeta’s heart. This is the story of her life, beginning at her birth and the formative years that she’s initially resistant to recall. But her confidence as a storyteller increases as her narrative moves to her adult years: she becomes more open, becoming bolder in her revelations. Her commentary is nuanced with personal embellishments, a side-comment here and there, moments of self-reflection.

Violeta is a bold woman, her character develops as she matures, and her life inevitably becomes more complex as she lives through the societal and political upheavals her country, Chile, undergoes. She is brave in response to personal hardship; she is loving and tender but also not one to tolerate fools gladly. Her defiance as a young woman calms into a more refined resistance, or perhaps just stoic acceptance: always a practical woman, her emotional charge, her ability to fall prey to her own desire, is somewhat diminished by the events of her life and country.

The reader’s journey is enhanced by feeling as though a companion to Violeta, a fellow passenger on this long road trip. Characteristic of Allende, there is something in the light, lyrical prose that immediately captures your attention and you are seamlessly transported to the precise time and place of the narrative.

The engaging prose keeps the reader turning the pages – sometimes Violeta will employ a vignette to dive deeper into a personal aspect of her narrative whilst gliding seamlessly into the contextual background. The process is not didactic, more a natural supplement to the prose: the narrative isn’t limited to historical and political events but also identifies the subtle nuances of custom and culture and how these change. As the book begins with one pandemic and ends with another, we are not surprised to see elements of history repeated. 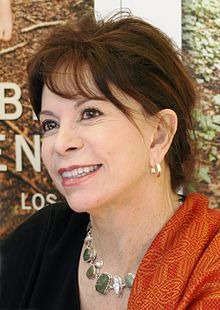 Isabel Allende
Her family is very much a result of the changing times, her relationships impacted upon by events and influence beyond her direct control. She witnesses events of the wider world, such as the ‘Summer of Love’, and the legacy that the hippie counterculture brought to bear; she sees “the young, long-haired kids, tattooed, lazy and content…who chose to live like promiscuous beggars in a haze of psychedelic music and drugs”; and she sees the inevitable side effects: drug addiction, crime, deceit and tragedy. One lesson we take from Violeta and her story is that nothing comes to pass without consequence.

Politics inevitably casts its shadow over the events of Violeta’s life: the twentieth century did not proceed calmly, or without incident. On the eve of the 1973 coup when Pinochet seizes power, Violeta doesn’t hesitate to express her neutrality. She’s aware of the country’s inequality and poverty, and her neutrality is not indifference, but rather a reflection of her knowledge there is little she can do to effect a change. Violeta by now has built a business, her burgeoning family comes with complications, and whilst by dint of circumstance she is less subject to the terror inspired by the regime, she is only too aware, in later years, that democracy has become ‘something young people had never known and the rest of us had forgotten.’

It is fitting that Allende’s book was published in the month after the election of the new president of Chile, leftist Gabriel Boric, allaying fears of a return to the ‘darkness’ of the Pinochet years which could have followed if his rival Jose Antonio Kast had seized power. Whilst we have heard Boric say “people need to learn from history – but not repeat it” we cannot help but consider this an aspiration, rather than a course of action. During the past twenty months, we have seen mistakes repeated time and again in our own small country – and Allende’s book reaffirms that society continually transforms, and that change is cyclical. The characters we meet throughout the novel are those we recognise: their traits are familiar, their emotions are those we share, even decades later. And it is the artistry Allende applies to her craft that illuminates and enlivens the figures who will come to occupy our minds.


Also by Caroline Spalding...
Review: Cold Enough For Snow By Jessica AuReview: Good Intentions By Kasim AliReview: Strangers I Know By Claudia Durastanti, Translated By Elizabeth HarrisWalking For Wellbeing – It Really Does WorkReview: The Love Songs Of W.E.B. Du Bois By Honorée Fanonne Jeffers
Violeta establishes with poignancy and precision the events that have shaped the past century in South America. A candid narrative that effortlessly captures authentic human emotion, the reader is shown how individual experience is always and everywhere inseparable from the contextual fabric of the wider world. An embodiment of wisdom, peppered with wit and humility, Violeta is a woman from whom I was reluctant to part.


Violeta is published by Bloomsbury on 25th January.