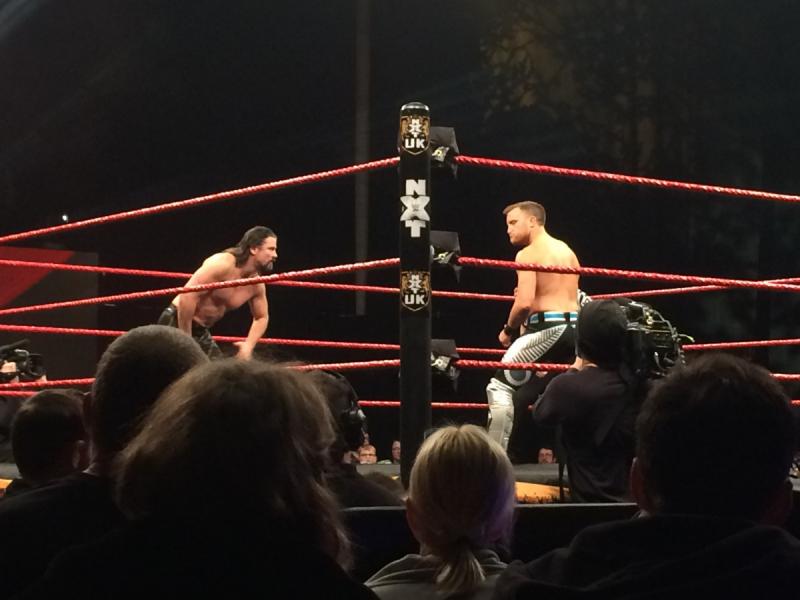 The WWE NXTUK brand has really taken on its own being during the last year, these two nights saw eight shows in total filmed for the UK series, which can be viewed on the WWE Network and also on BT Sport as well.

This was a historic night for York, which has in recent years not hosted much wresting in the centre.

The two nights determined what story-lines will be told and the fallout from the Blackpool PPV that had taken place just the week before.

On night one there was a good turnout and they were treated to over three and a half hours of action, with some major changes taking place including a new title being given to the reigning NXTUK champion WALTER.

While night two saw some dramatic matches taking place, as the company filmed their shows up until March.

This was an event that went down well with the local fans, who will be hoping this is the first of many visits from the WWE, while the main brands of RAW and Smackdown, have predominantly hosted events in Leeds and Sheffield, when in Yorkshire, the change in venue, made for a different feel to shows that have previously taken place.

It remains to be seen whether the UK brand will use York as one of their locations going forward, but both nights, the loud Yorkshire crowd ensured that the powers that be, must have been impressed with not only the setting but also the atmosphere as well.

The likes of Tyler Bate, Trent Severn and Ilja Dragunov performed, with one of two surprises thrown in as well, it ensured it was an enjoyable event that took place.