Wedding Celebrants – What Are They, And Why Are They Becoming So Popular?

Celebrating your wedding day can be a whole lot of fun, but getting all the suppliers together on a single day can be a daunting task. Suppliers can include florists, stationery, bridal wear, and an officiant for the ceremony.

While all suppliers are equally important, officiants, specifically wedding celebrants, are becoming more and more popular in recent years, for varying different reasons. So what exactly is a wedding celebrant? What do they do, and why do they play a crucial role in your big day?

What are Wedding Celebrants?

Wedding Celebrants vs Vicars vs Registrars

Just like with funerals, vicars and priests have had somewhat of a monopoly on conducting weddings throughout history. Many Christian institutions like to claim that marriage originated in the Christian faith as a ceremony uniting two persons in matrimony in the presence of God, but marriage dates back much further than that, with the first recorded evidence of marriage coming from ancient Mesopotamia around 4,000 years ago.

However, as a historically Christian nation, for many years the only way to legally marry was in a church, and it therefore became tradition to do so. As the religiosity of the United Kingdom has dwindled to less than half, so too has the percentage of religious weddings taking place – as of 2019, less than a quarter of all weddings in England and Wales were religious ceremonies, down from nearly half twenty years ago.


As of 2019, less than a quarter of all weddings are religious.
This shift away from the church opened up new, alternative ways of getting married. Since 1836, civil marriage – i.e. marriage in a non-religious ceremony – has been possible, and numbers of civil marriages have gradually crept up, accounting for a third of all marriage in 1966, and over three-quarters in 2019.

But another trend has also emerged: while vicars and churches offer a full-blown religious service, and registry offices and registrars offer a non-religious alternative, there is nothing in the middle. More and more couples now come from mixed-faith backgrounds, have alternative belief systems, or simply want more flexibility than the two aforementioned options can offer – and this has led to the rise of wedding celebrants.

Let’s imagine we have an Anglican bride and an atheist groom. The bride and her family may wish to have a religious wedding in a church, but the religious dogma may cause the groom to feel a little uncomfortable – so for him, it wouldn’t be the perfect day. He may wish to have a non-religious service at a registry office, but this rules out any kind of religious or spiritual elements, such as music or Bible readings, which may miss the point for the bride – so for her, that wouldn’t be the perfect day either.

The perfect solution would be a celebrant: with essentially no rules, a celebrant-led service can incorporate the religious readings or hymns that the bride might want without overpowering the ceremony with too much religiosity that will make the groom feel uncomfortable. The couple will also be free to add additional elements to the ceremony, such as a hand-fasting ceremony or a unity sand ceremony, as well as some more personal touches that they might not get from the vicar or the registrar.

It’s also worth considering the job role of each type of officiant, and how this will affect their approach to the ceremony and to you as a couple. 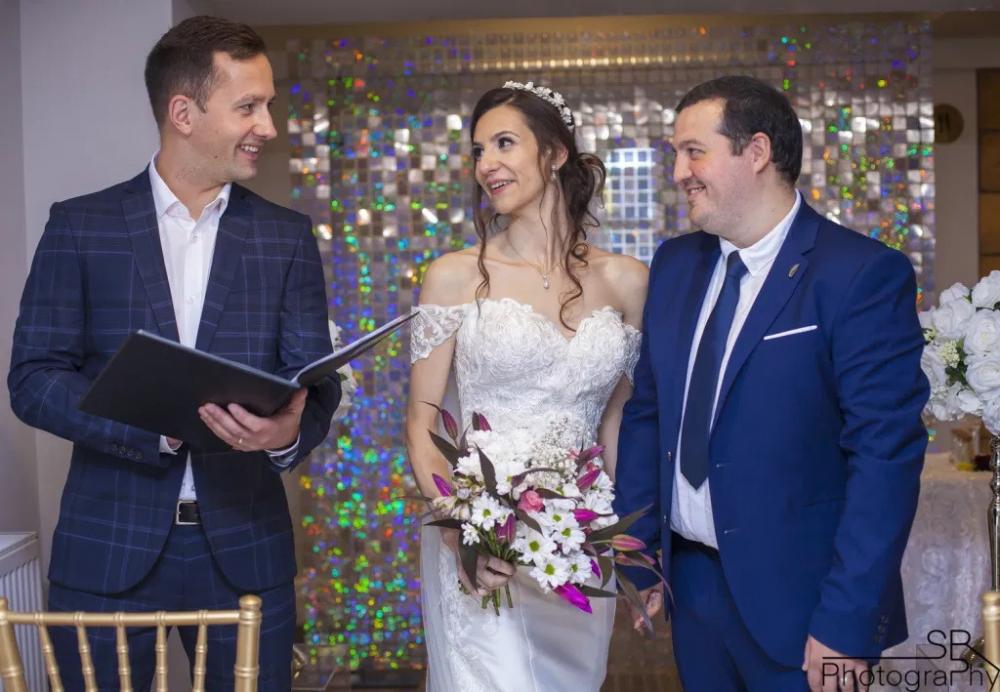 A celebrant is able to focus purely on the couple without other duties getting in the way.
For both vicars and registrars, marrying couples is only a small part of their job: vicars are required to lead church services on several days of the week, often undertake valuable work in their parishes, and will have meetings throughout their working day with all and sundry. Registrars are primarily registration officers, so a lot of their job involves paperwork, mainly registering births, marriages and deaths for official purposes. While all these additional tasks are important and valuable for each person to undertake, it does mean that the time they’re able to spend with the couples that they’re marrying is limited.

Celebrants, however, do one job, and one job alone: officiating. A full-time celebrant will spend their entire working day either sitting with the couple learning about their relationship, writing a ceremony based on that couple, or delivering the ceremony on the day with the couple and their nearest and dearest. This means that their focus is truly on the couple themselves, and they’re able to put their heart and soul into making their wedding day a truly personal and unique experience.

There is a downside, however. As of December 2020, celebrants are not allowed to oversee legally-binding marriages in England and Wales.

However, this may be set to change: there are ongoing discussions about a law commission paper which could be set to shake up the wedding industry entirely by allowing independent celebrants to legally marry couples wherever and however they want. 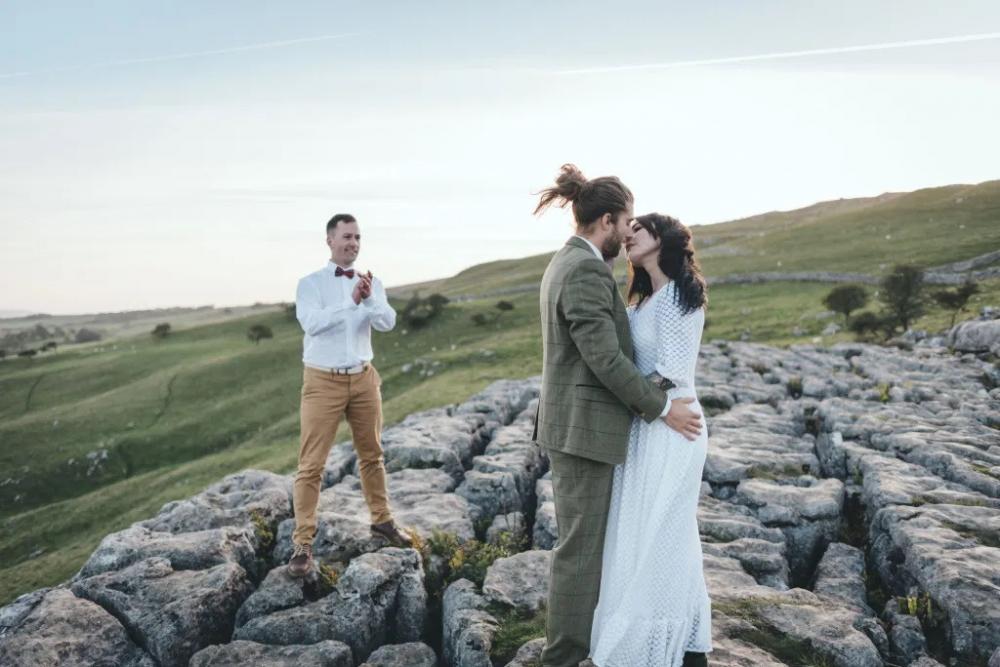 Proposed changes to the law may allow legal marriage outside with a celebrant. Photo: Sam Chipman Photography
Are Wedding Celebrants the Future?

The use of wedding celebrants is clearly on the rise, with many couples now opting for a small registry office wedding followed by a big celebrant-led bash later in the week, or even on the same day. If the legal status of the latter is granted, the infrastructure of celebrant-led weddings is already in place to start providing couples with flexible wedding day options from the moment such ceremonies are legalised.

If you’re thinking about a celebrant-led wedding ceremony, look no further! Get in touch to learn more, have a look at my wedding information, or take a peek at my wedding packages. I’d love to hear from you!
https://markyouroccasion.com/


Also by Mark Gregory...
Persephone Escapes Hades To Go On TourWimbledon 2022 At A Glance8 Amazing and Unique Funeral Ideas5 Eco-Friendly Things You Can Do With AshesCan a Funeral Be Fun?