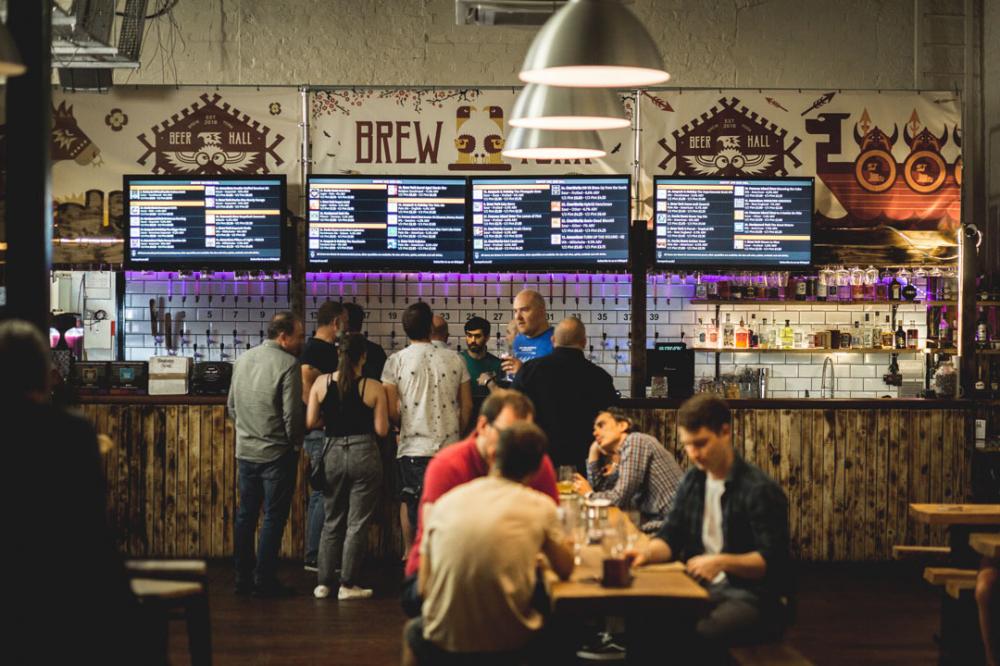 An unusual beer for the Wednesday Wallop, Tonkoko, a delicious milk stout, is not one you want to tonk down with midweek abandon but to savour and admire in all its luxuriant complexity.

It won prizes for Brew York and put them on the map not long after they had begun, in April 201 6, founded by two enterprising young friends, now in their late thirties, early forties, Wayne Smith and Lee Grabham.

‘It was their passion to brew,’ says sales executive, Thom Shepherdson. ‘Some might call it an obsession.’ 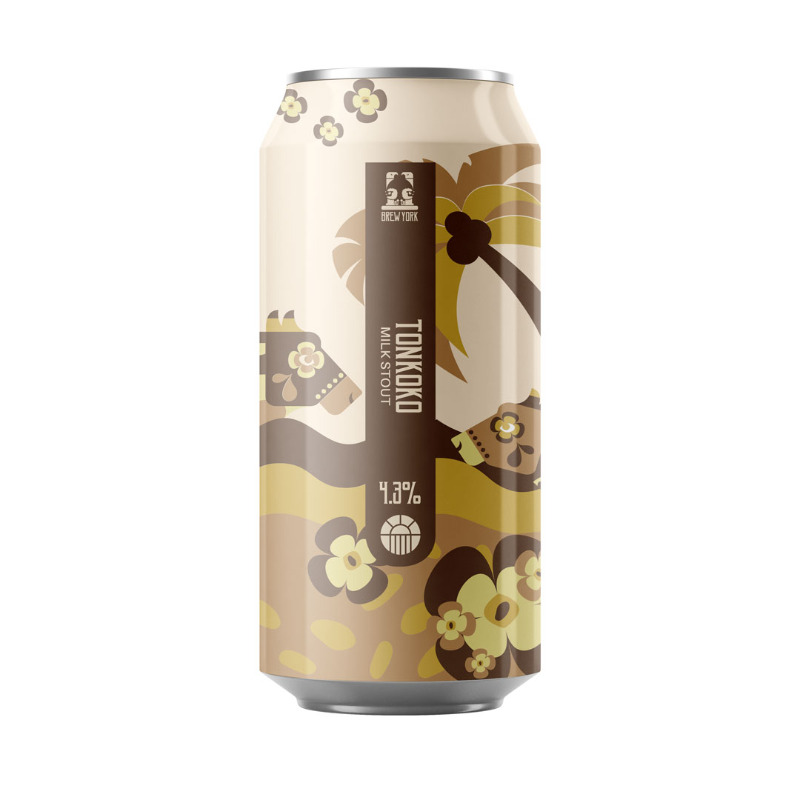 Lee is still very much involved with the brewing: if you take one of their brewing tours, on Fridays and Saturdays in normal times, he might well be the one to show you around and ply you with your four third-of-a-pint samples. At other times it might be Production Manager, Roddy MacPherson.

Having a central site, in Walmgate, conferred obvious advantageous with no shortages of potential customers passing by – but, equally, there were several other brewhouses in the city. ‘Competition is healthy,’ says Thom. ‘We small guys help each other out.’

The progress they made has followed a business plan and been remarkably steady. They have continued to expand their premises. In addition to the main taproom, where can be found seven cask lines, nine keg and three for cider, they now have a brewery shop selling a huge range of products. Upstairs, they have opened a large beer hall which boasts a staggering forty keg lines, featuring twenty local beers, the rest handpicked from home and abroad. This large space also makes an ideal function room and festival venue. Recently, by expanding into an adjoining building, they were able to add a permanent street food kitchen and an extra bar, giving them increased brewing capacity and the largest on-tap beer range in the city.

Clearly, their own broad range of appetising beers, brewed on-site, is a major reason for the consistent success. ‘We cover the whole range for real ales drinkers who love our cask beers to the modern craft beer drinkers, mostly young people, who like something a bit different,’ Thom adds. In pursuit of appealing to the tastes of the greatest number of people, they have brewed not far short of a hundred different beers in their four years of existence. An idea of the range of beers they currently brew can be found at https://brewyork.co.uk/product-category/our-beer/


Also by Andrew Liddle...
King Neptune's Baptism Of FireWhy I Didn’t ClapThe Pub ReopensBeer Of The Week: Selby Blonde From Jolly SailorBeer Of The Month Of July: Leeds' Incomparable Best
Tonkoko (4.3ABV) takes its name from the tonka bean, which along with the coconut, vanilla and cacoa milk, gives this milk stout its especial flavour. It pours very black with a low carbonation. Tastes are very often linked strongly with smell and this drink is not immediately as sweet as you anticipate from the first encounter with a heady waft of chocolate. It’s very smooth and full-bodied and then the palate floods with joy when picking up various strains, the robust fresh coconut, milky and nutty and slightly sweet, with a hint of vanilla and a slightly fruity nuance. There’s something delightfully affecting in there, too, something not previously experienced, a blend of cherry, perhaps, with almond, and something spicy like cinnamon. It has to be the tonka bean.

During Covid, they have ticked over, increasing canning operations and selling cask beer in bag-in-boxes, delivering locally. Now they are looking forward to re-opening, hoping for good weather to get maximum use of their delightful beer garden which overlooks the River Fosse across to the Rowntree Wharf where once the city’s chocolate beans were unloaded. It’s the perfect place if you like good beer. With such a wide selection, there’s a beer for everybody.