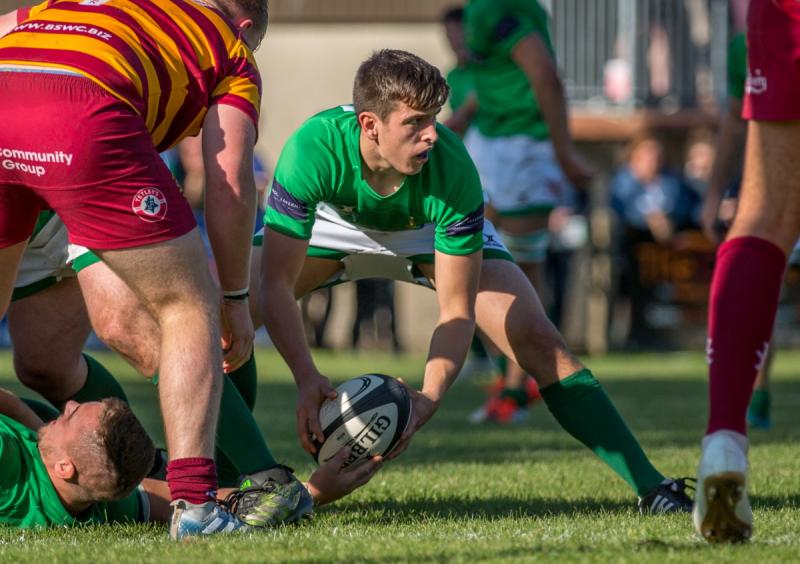 Photo by Ro Burridge
Fylde made a flying start to this match played in glorious sunshine in front of another sizeable crowd of well over 500. That Fylde more or less put the game to bed by half-time when they were leading by 29 points to nil was a disappointment, but one had to admire their attacking intent.

They opened the scoring after 7 minutes when David Fairbrother at No 8 took advantage of a great drive from the pack, just after a try had been disallowed following the first forward surge, to touch down. Greg Smith converted.

A break by Fylde from their own half after Wharfedale's promising forward momentum had been quelled by penalties against them, as well as a knock on inside the the opposition 22, resulted in a Tom Carleton try on 13 minutes. A fortunate bounce helped in this, but it was just reward for adventurous play at speed. The conversion faded away to the right.

On 20 minutes Smith kicked a penalty after a high tackle to make the score 15-0. The penalty count against us was mounting up, so the video needs to be studied to see what the problem was. None of them were for foul play as far as one could see. The first penalty awarded to us was after 27 minutes. 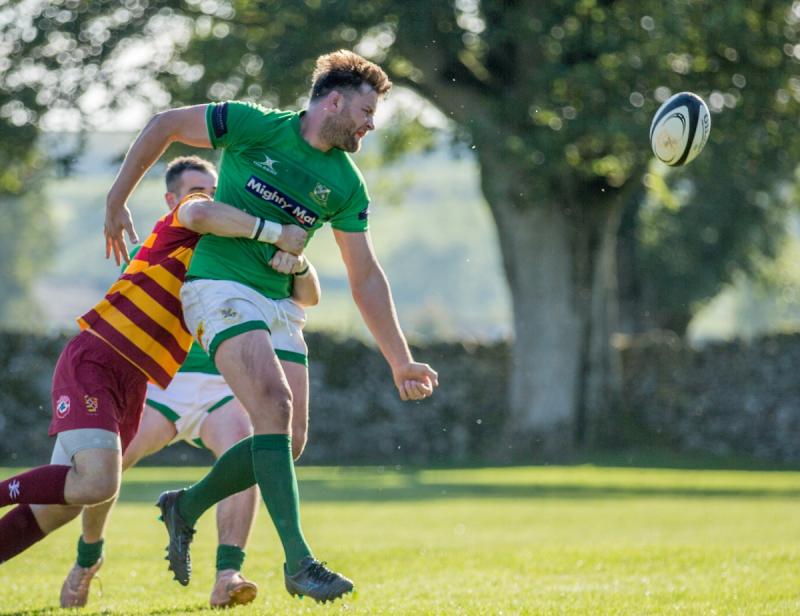 Photo by Ro Burridge
Fylde's third try was scored by Connor Wilkinson, who was later voted Man of the Match by Malcolm Phillips, whom I had asked to adjudicate. Malcolm was a one-club man who represented England 27 times between 1958 and 1964. Smith again added the 2 points.

For the next 5 minutes Wharfedale pressed and a great scoring opportunity was lost when there was a knock-on in the centre. Two minutes before half time Tom Grimes scored on the left when a ball popped out of a ruck. It was again converted by Smith. This half-time lead of 29 points to nil meant that Wharfedale were up against it when playing downhill in the second half.

Within a minute or so of the second half a kick through by Ben Blackwell when a ball went loose saw hooker Dan Stockdale touching down. Fylde then completed their scoring with a long range penalty by the impressive Smith. The penalty count against Wharfedale continued the earlier pattern.

After further intense pressure by Fylde there was a Stockdale burst and Brookes and Bullough combined to put Wellock over for Blakeney-Edwards to convert. A great break by Bullough, as alert as ever, combining with Wellock, put Baldwin over for a try, again converted by Blakeney-Edwards.

More Wharfedale pressure followed, highlighted by a characteristic burst from Matt Speres. Sadly the final line out was adjudged not to be straight, so a try which might gave given us two points was denied us. 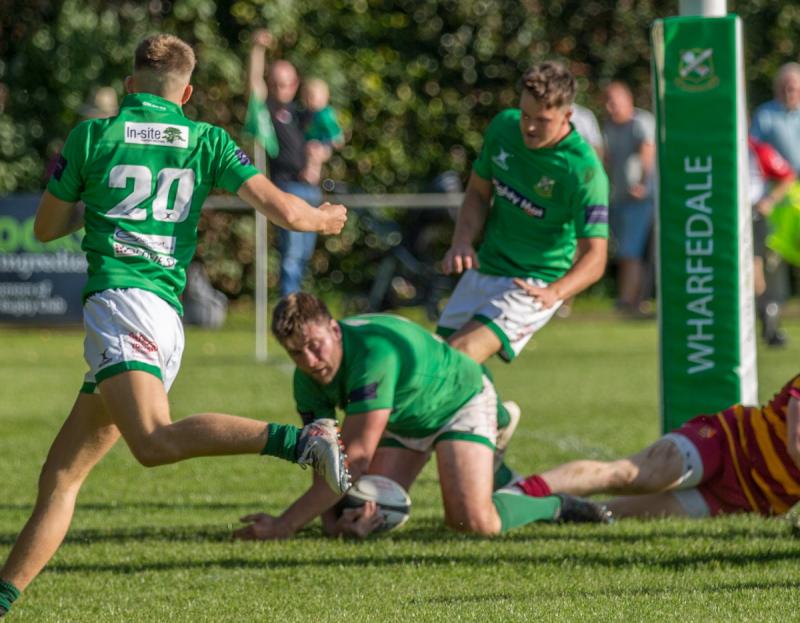 Photo by Ro Burridge
Fylde were very worthy winners, having not allowed us to play anywhere near our best. Jon Feeley remarked:

"We are disappointed to come away without anything. I felt our second half performance warranted some reward. However, we knew that we gave ourselves too much to do after a number of errors in the first half which Fylde capitalised on. This also meant that we spent long periods without the opportunity to create pressure of our own. I thought that the boys making their first appearances - Jamie Brookes, Tom Burtonwood and Johnny Moore - are great additions and the returning Ben Blackwell was superb."