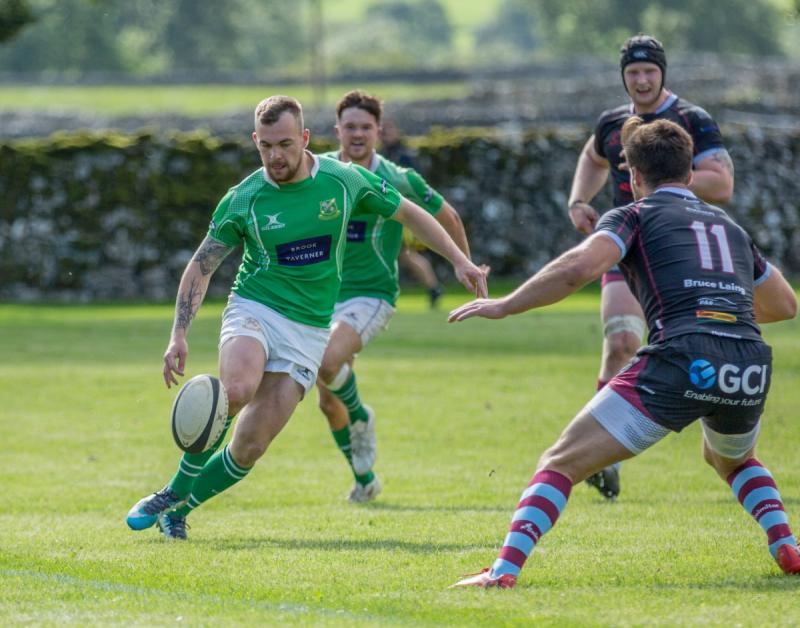 Wharfedale retained their unbeaten home run against Rotherham after a good exciting game at the Avenue.

Rotherham looked very efficient as they took the opening 25 minutes and established a 19-point lead. Dan Leake opened the scoring in the 5th minute with a try on the right wing which was superbly converted by Sam Houldsworth. The score was the result of good direct running by the Titan forwards creating space down the right for Leake to score a walk over.

Harry Dunne added Rotherham’s second (unconverted) try 5 minutes later. The Titan forwards again played a big part in setting up the score with impressive catch and drives which sucked in the Green defence.

The third try was again created from the forwards setting up a good platform from a line out creating space for Houldsworth to cross for Titan’s third try. This came after Dale had spent some time in the visitor’s 22 but could not find a way through the Titan defence.

Houldsworth’s conversion ended the visitor’s scoring and Wharfedale gradually worked themselves back into contention. 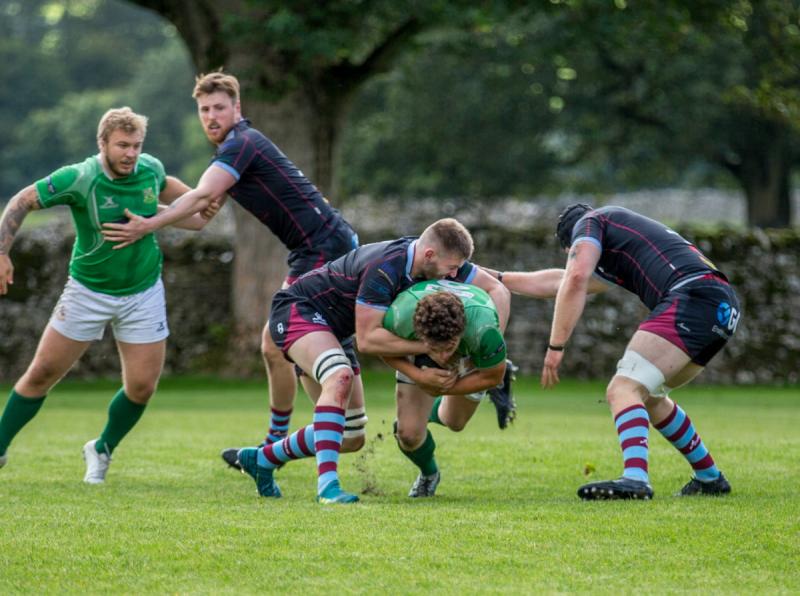 Rotherham failed to clear the restart and an unfortunate knock on by returnee Kieran Frost gave Dale an attacking scrum. Good runs at the line were made and Will Lawn fed Joe Altham who crashed over. Jack Blakeney-Edwards converted.

Rian Hamilton’s try was a delight with good work from the forwards creating a blind side move but work for the full back still to do. With little room to work with he stood up his opposite number and then ran past him to touch down.

An excellent touch line conversion from Blakeney-Edwards left Dale trailing by just 5 points at the break.

Dale absorbed intense pressure on their line in the opening of the second half. With a penalty try being threatened Dale won a penalty at the next scrum and cleared their lines.

The Greens soon moved the ball into Rotherham’s 22 and with a penalty advantage being played Blakeney-Edwards sent a grubber towards the in-goal area. Messy defence allowed Oli Cicognini to grab Wharfedale’s third try. The conversion was missed to leave the scores level.

Rotherham again built pressure on the Dale and the game swung massively in their favour when Wharfedale were reduced to 14 men when Ben Leacock was shown a yellow card for repeated team offences. The Green Wall held and strong defence forced a mistake and Wharfedale were out of danger. 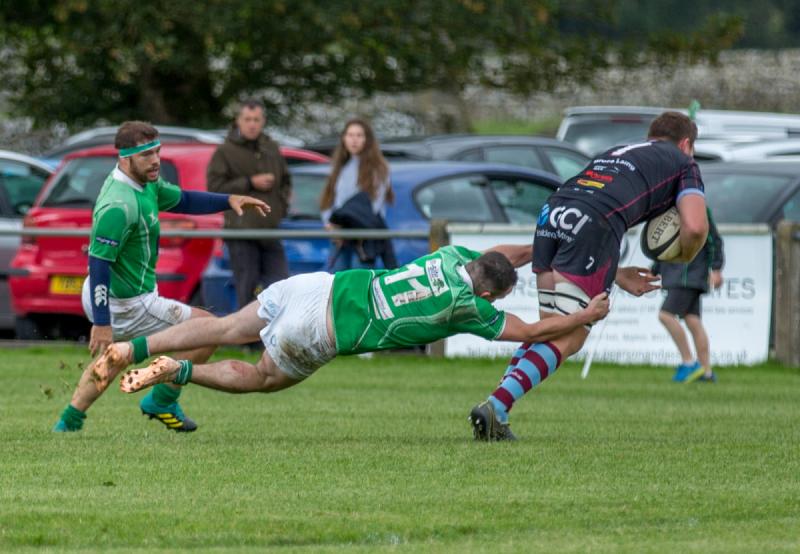 Wharfedale won the game with minutes to go with a long-range penalty from Blakeney-Edwards. The yellow card count was levelled when Kieran Frost exited the game in the closing minutes to hearty, well-meant cheers from the crowd.

Many of the faithful were worried after the first 25 minutes that the visitors were going to run up a large score and Dale would spend most of the afternoon on the back foot. The Green Machine battled hard to get a foothold in the game and were rewarded when Blakeney-Edwards slotted the 40-yard penalty to take the spoils.