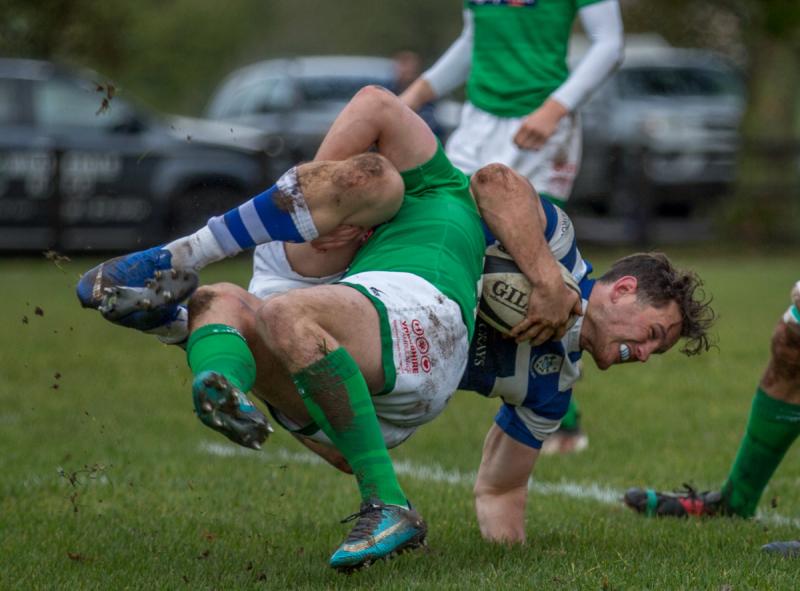 photo by Ro Burridge
An entertaining 80 minutes ended with honours even in the Battle of the two Dales. The rain stopped before kick-off and excellent work by the ground staff meant that a very good surface was ready for the match.

Kicks were exchanged in the opening minutes before a foot in touch when picking up the ball by a Wharfedale player gave Tynedale an attacking line out.

The subsequent catch and drive was halted but Tynedale pressed on and two phases later Wharfedale were adjudged to be off-side.

The visitors opened the scoring with a penalty from Jake Rodgers. Wharfedale responded by forcing a penalty straight from the kick off which was converted by Jack Blakeney-Edwards.

The kick off had been run back but a thumping tackle from Matt Beesley halted any progress. He was followed in by Jamie Brookes who anchored himself on the ball to win the penalty.

Tynedale dropped the ball in midfield soon after kick off and Joe Altham was first to react, hacking the ball upfield and forcing the Tynedale defence to scramble the ball into touch for a Wharfedale line out.

The Green machine then played some excellent rugby with the forwards driving the ball on and then outstanding handling from the backs led to Harry Bullough crossing to score.

Bullough was involved twice in the move; first passing to winger, Oli Cicognini, and then getting round to receive Cico’s sublime offload to beat the defence. Blakeney-Edwards added the extras. 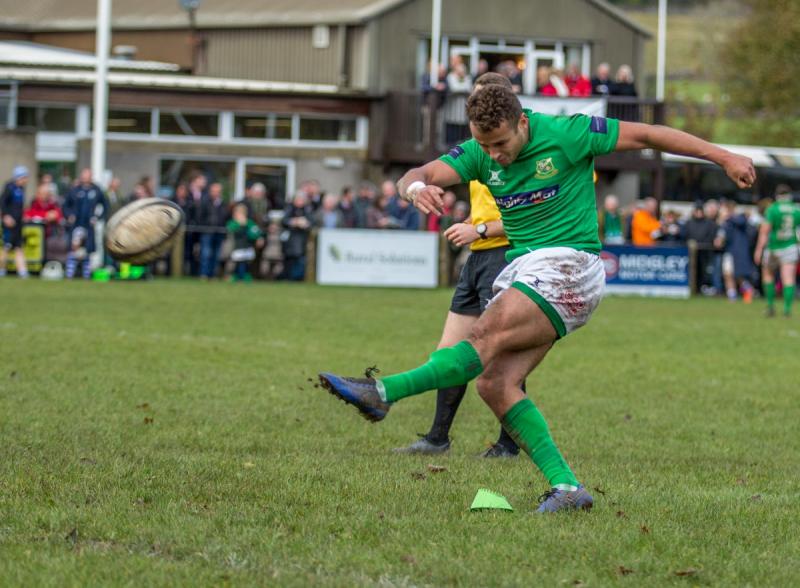 photo by Ro Burridge
The home side were soon back in the visitor’s 22 but a knock on in the tackle gave Tynedale a scrum. A scrum penalty followed and then another penalty allowed Rodgers to kick another three points.

After a few minutes of stalemate in midfield Tynedale’s forwards started to gain the upper hand and this eventually led to a penalty try. Tynedale were now leading by three points.

Dale again wasted no time in responding. A weighted grubber from Harry Bullough was nudged on again by Henry McNab. The kick was followed up by Johnny Moore to touch down. Blakeney-Edwards slotted the conversion from wide left to give Wharfedale a 17-13 halftime lead.

The home side started the second half in confident form. Spurning a chance for three points they successfully went for the corner and the catch and drive finished with a short burst from Matt Speres to score. Again Blakeney-Edwards had no problems from wide out and Wharfedale were now 24-13 up.

Back came Tynedale and their forwards muscled their way over with Liam Carmichael grabbing the touch down. Eight minutes later they took the lead when the forwards created space for Will Haydon-Wood to cross the whitewash. Both tries were converted by Rodgers.

Blakeney-Edwards finished the scoring with a penalty leaving the score level. Both sides had chances to add to their total and it was Tynedale who ended the match camped on Wharfedale’s line without success. The Green defence was outstanding during this period.

There were times during this match when Wharfedale played some outstanding rugby. Forwards and backs combined well and their running game was thoroughly enjoyed by the supporters. 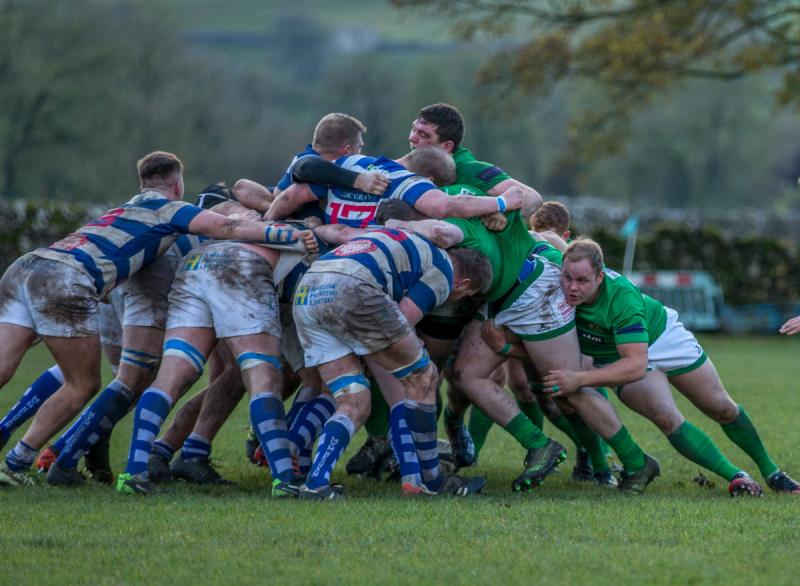 photo by Ro Burridge
Head coach, Jonathan Feeley, commented:
"A draw feels unfair after a game in which we played some excellent rugby and scored 3 great tries. We didn't receive the rewards in the second half we thought we deserved, but Ben Patchett’s impact was a huge positive at the scrum and he is making great strides in his first season of senior rugby.

"Tynedale had a very basic but effective game plan and we gave them too many opportunities to drive close to our line. That said, the defence in the last ten minutes was courageous and committed to keep them out. This team is working harder and learning quicker than last season, we are a dangerous attacking unit and will keep building on so many positive aspects of our game”.