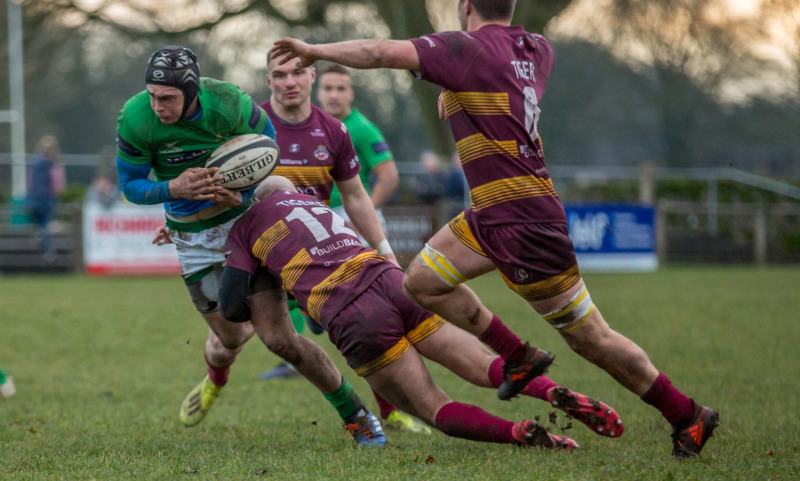 photo by Ro Burridge
An eleven try thriller at the Avenue was served up by two sides that played enterprising rugby all afternoon.

The visitors seemed to have the game won easily with 20 minutes to go and leading by 17 points. In the end they just clung as the youthful Wharfedale side ran in two tries in seven minutes to set up a tight finish.

It was the ability and pace of Sedgley that won them the game. The forwards going through three or four phases before the ball was sent wide and the pace of the backs was too hot for the Wharfedale defence.

It looked easy but this skilful play was a testament to good handling, good lines and good changes of pace.

Park’s first unconverted try came from good work from the forwards and then the backs finding space on the left with Thomas Coe touching down. Jack Blakeney-Edwards put Dale on the scoreboard with a penalty.

Wharfedale got themselves into trouble when a wild pass went dead and gave Park an attacking 5 metre scrum. 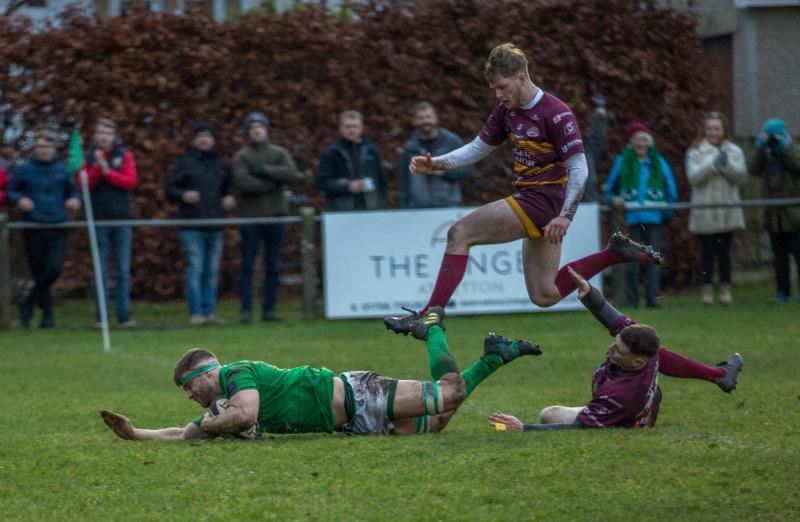 photo by Ro Burridge
The scrum was won and three phases later Park again exploited space, this time on the right, for Leon Simpson to score, again unconverted.

Blakeney-Edwards levelled the score at 10 all with a well taken try and his conversion.

The Park backs set up the next try for Dan Openshaw who also added the away sides fourth try after a quickly taken penalty. Oli Glasse converted both to give the visitors a 10-24 half time lead.

Credit to Park for taking these two chances but Dale again gave them space to exploit. Openshaw’s second try game from a quick tap and go from near half-way. 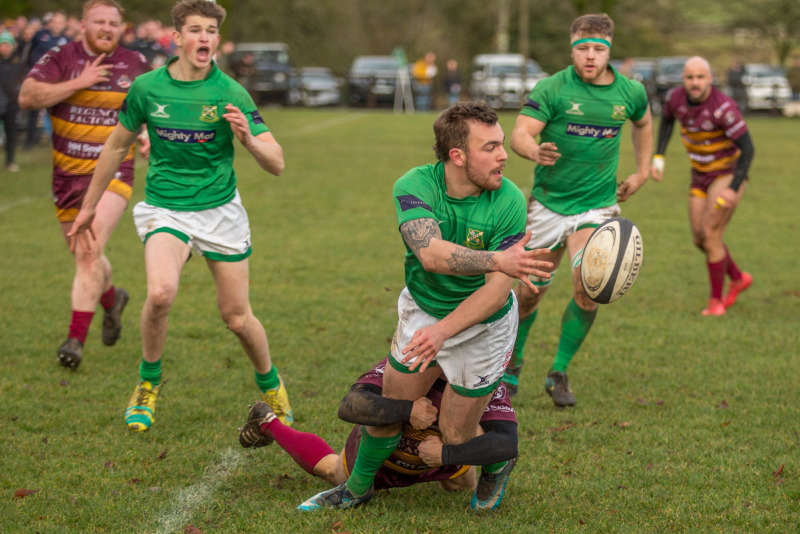 photo by Ro Burridge
Stephen Collins crossed for Sedgley at the start of the second half to extend the lead to 19 points.

Then Dale hit back. The Green Machine started the ball rolling with a 30 metre catch and drive. Penalties followed and Blakeney-Edwards put the ball in the corner. A successful catch and drive led to a converted try for Dan Stockdale.

Dales resurgence was halted by a yellow card for George Hedgley and minutes later a very important, as it turned out, three points from Park’s Glasse.

Jamie Brookes burst through centre field and touched down for Dale with Blakeney-Edwards converting.

Park seemed to have again stemmed the tide with a converted Tom Ailes try but Wharfedale would not lie down and roared back into the match.

After the Ailes try Dale dominated possession and territory for 17 minutes, going through 50 phases. They were rewarded with converted tries from Sam Gaudie and Rian Hamilton. 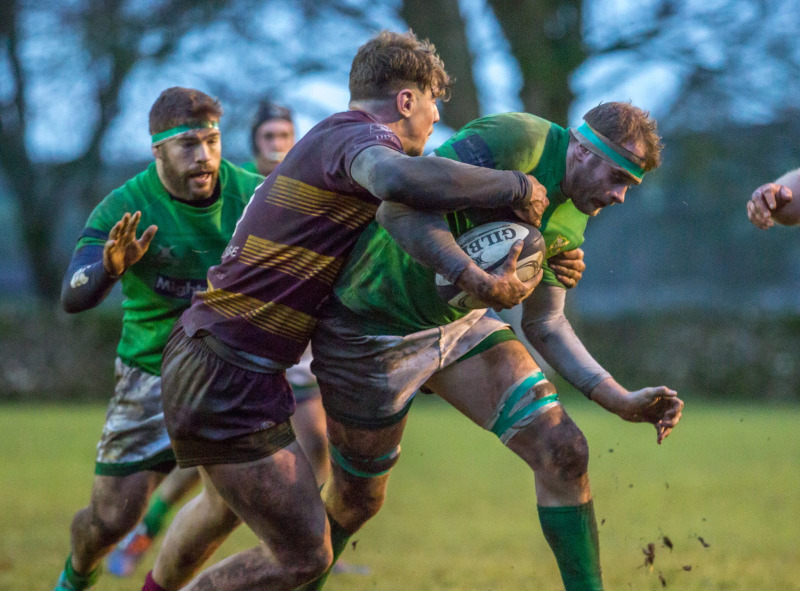 photo by Ro Burridge
Gaudie darted through from close range and Hamilton crossed when the ball was moved wide to the left.

Dale were frustrated in the last three minutes when Park, wisely and cleverly, went through the phases and ran the clock down.

So, a frustrating day for the faithful but some enthralling rugby and many absorbing incidents to discuss over the Turkey and Christmas Pudding.