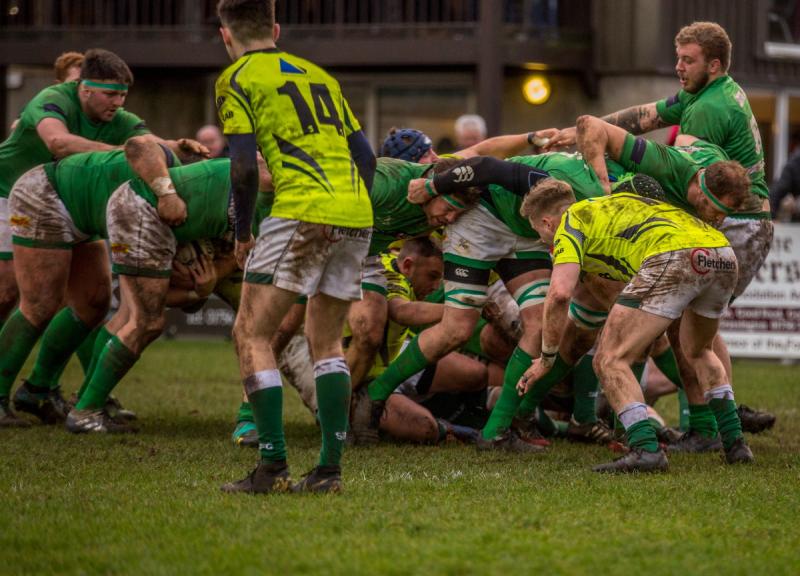 photo by Ro Burridge
Wharfedale had this match sewn up by halftime with five converted tries on the score board to lead by 35 - 0. Scunthorpe had the wind and the slope in the second half and their resilience was rewarded with two tries. This was after the home side had stretched the lead to 49 points in the first 10 minutes with two more tries.

A knock-on at the kick off gave Scunthorpe early possession and they went through seven phases without really making progress and were forced to kick. Jack Blakeney-Edwards cleared the ball up to Dale’s 10 metre line. An exchange of penalties followed and then Blakeney-Edwards sent the ball deep into the visitor`s 22.

A good drive by the Green Machine was followed by Oliver Cicognini dancing through the defence to touch down. Blakeney-Edwards converted this try and had a 100% record for the match. The kicks were from a variety of positions, sometimes wide to the left or the right, with a difficult wind to contend with.

Wharfedale ran the restart back at the visitors and were only held up by a forward pass in Scunthorpe’s 22. More pressure from the Dale forwards was rewarded when Sam Gaudie broke clear for the second try. Given the forward momentum he was able to run at the defence and with a dummy and a couple of shimmies he reached the line untouched. 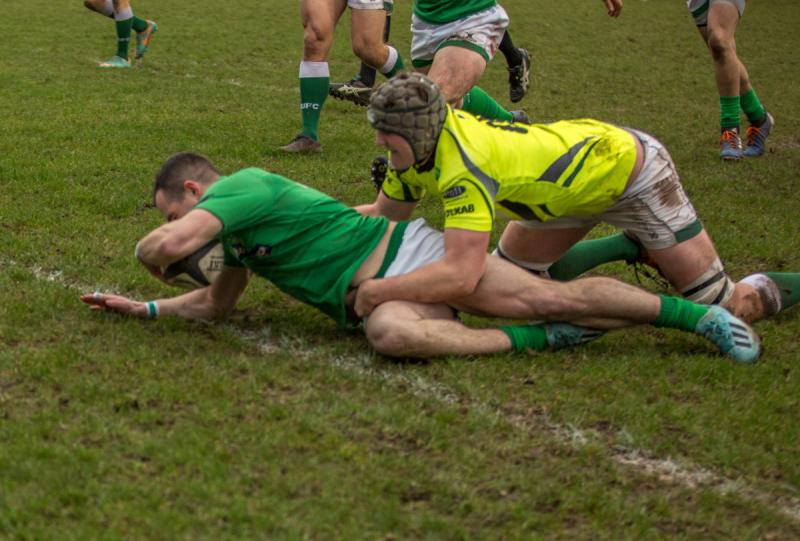 Scunthorpe suffered a yellow card when prop, Nicholas Siddall, fell on Rob Baldwin and his elbow made contact with Baldwin’s head.

The third try came after a break from Blakeney-Edwards which led to a grubber kick from Oscar Canny who followed up to touch down.

The bonus point try came from the forwards after Blakeney-Edwards had sent another penalty into the corner. The line-out was good and the drive very efficient with Chris Walker being awarded the score. Scunthorpe were again reduced to 14 men after repeated offences led to a technical yellow for second row, Nicholas Dyson. Blakeney-Edwards wrapped up the first half try fest with a solo effort.

The Dale pack forced the first try of the second half with Toms Asejevs touching down. Soon after the restart a searing break from Matt Speres was followed up by Sam Gaudie and the backs, with only the touchline saving Scunthorpe. A minute later skipper George Hedgley broke a tackle on the visitor’s 22 and beat the cover for Wharfedale’s final score. 49 points in 49 minutes.

The score could have gone higher but Scunthorpe never gave up and kept tackling and competing. It would be unfair to the visitors to say that Dale eased up, or the conditions worsened, or that changes to the Dale side led to some disruption to their play. 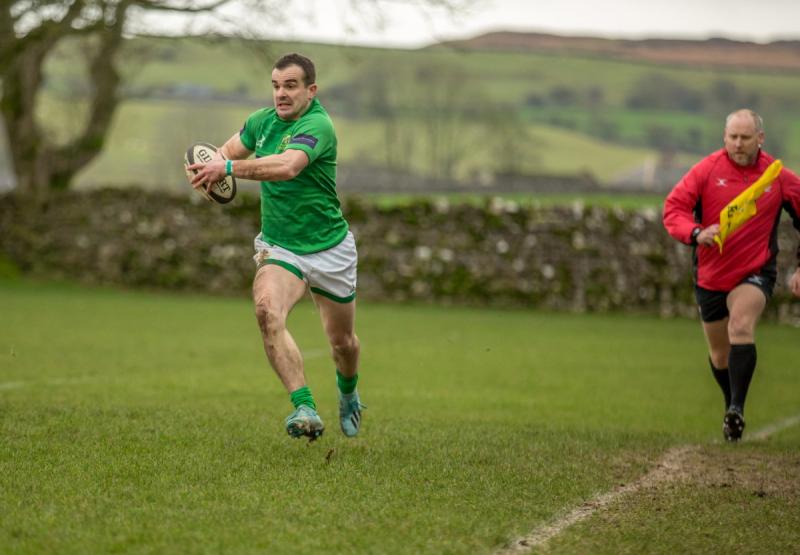 photo by Ro Burridge
Credit to Scunthorpe who fought back into the game with tries by William Scammell and Kane Linklater. Paul Cook converted the second one. The Scunthorpe attitude had to be admired; the game was clearly lost but after the second try their skipper was asking for more effort and urging his team to strive to get two more tries and a bonus point.

There were inspired performances from many wearing the Green. The game was run by the halfback pairing of Gaudie and Blakeney-Edwards. They turned the efforts of the forwards into credible chances exploiting all areas of the pitch. Cicognini, as ever, caused problems for the opposition and his twinkling feet could get him a long way on Strictly. 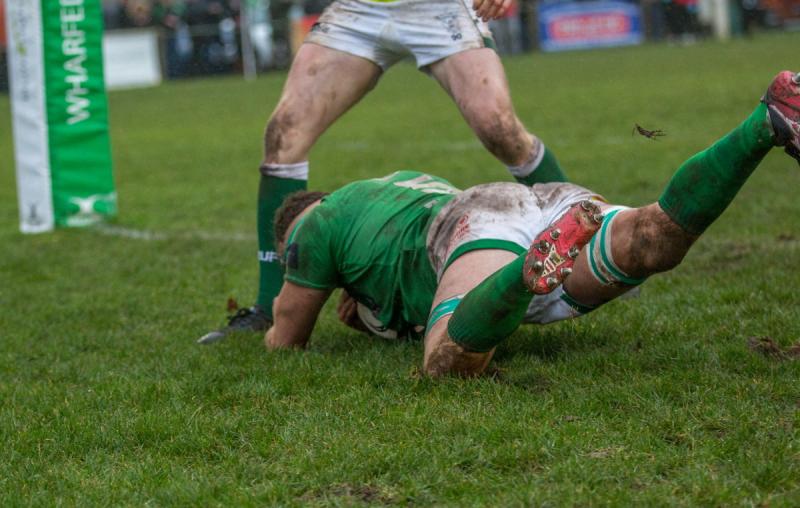 photo by Ro Burridge
The forwards worked as a unit; Matt Speres gave another high energy performance. Other nominations included Simon Borrill, especially for the odd line-out steal, and George Hedgley, highly commended for intelligent and gentle chats with the referee (especially when it seemed that offside players were scragging the Dale No. 9).

Chris Walker and Ben Blackwell tackled and ball carried, they both also forced turnovers at crucial stages. Harry Bullough gave a cameo performance for 20 minutes and his return was welcomed by the faithful.

Results elsewhere meant that Dale did not increase the gap above the drop zone but it has meant that the 5 points has brought a lot of teams into reach above. Another 5-point win next week could see Dale climb to 9th in the table. The faithful need to be at Lightfoot Green next Saturday to roar on the Green Machine.