Wharfedale delighted the home support as they played with great passion and commitment to win a very entertaining game. 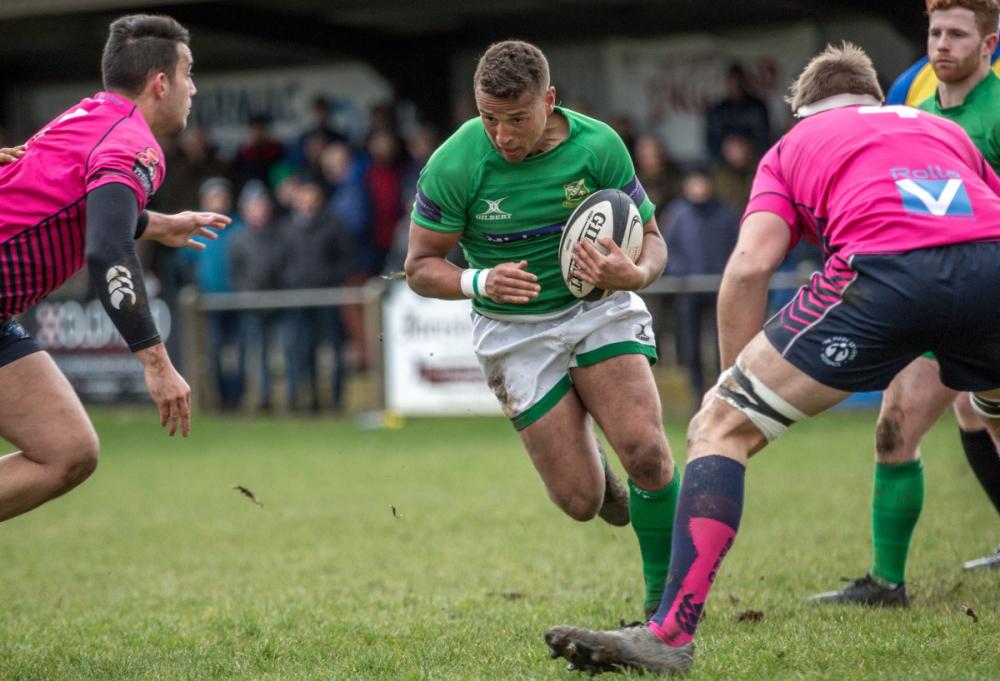 Photo by Ro Burridge
Wharfedale kicked off up the slope and had all the early possession but a Dan Rundle break resulted in a penalty. From the ensuing lineout there were several passages of play before Cullum Morris crossed the line for the first try – the conversion was missed.

Back came Wharfedale with good handling resulting in Jack Blakeney - Edwards scoring a try under the posts, the same person adding the extras to make the score 7-5. 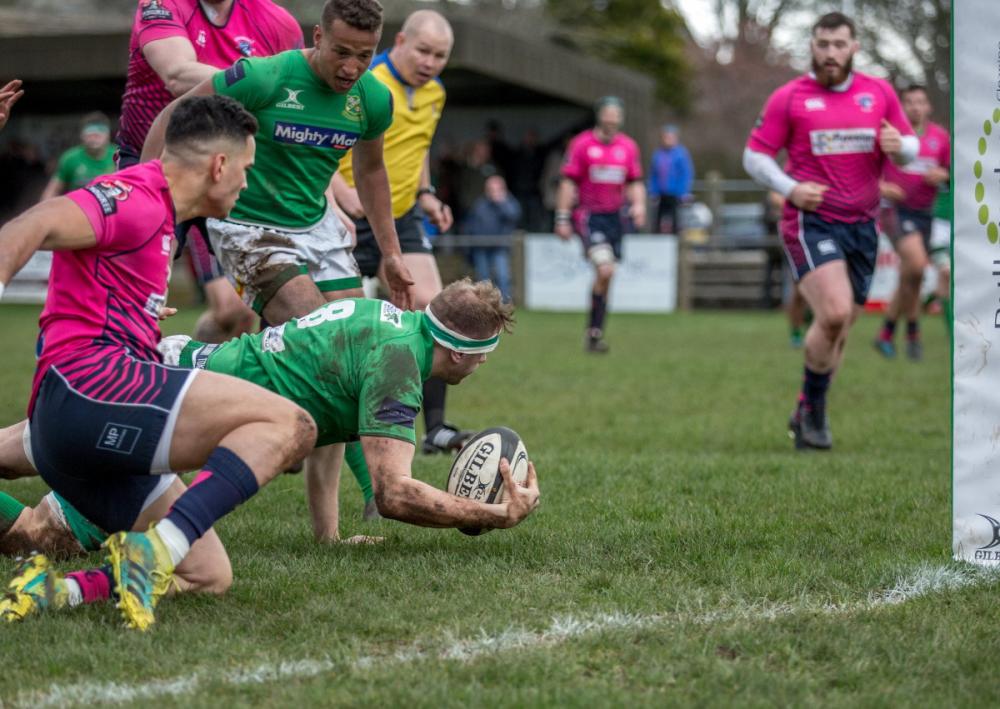 Photo by Ro Burridge
The game was very even but Wharfedale found some extra urgency to exert territorial pressure which resulted in a successful driving maul from a lineout and Chris Jackson crashing over for the try, Jack Blakeney-Edwards added the extras.

From the restart, indecision by Wharfedale allowed the ball to run loose and in their anxiety to retrieve gave away a penalty which Afeafe Haisila converted to make the score at Half Time 14-15.

Wharfedale came out in the second half with real intent and in the 44th minute, a superb cross field kick from Jack Blakeney-Edwards was gathered by Oliver Cicognini who scored the winning try in the corner – the conversion was missed making the score 19-15. 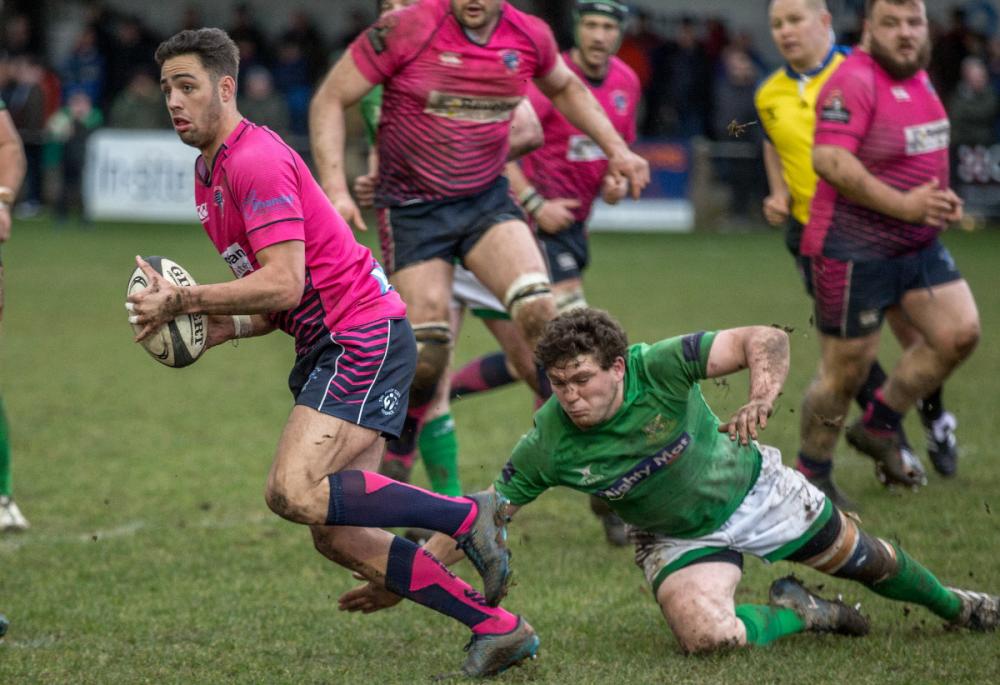 Photo by Ro Burridge
What followed was a “white knuckle ride” for the 400 supporters as neither side could impose themselves but Wharfedale hung on to record the win.

There were some very memorable moments in the game, the Stourbridge front row whose weight and girth was impressive but no match for the skill and technique of the Wharfedale pack who won the day in the scrum.

The skill and vision of Jack Blakeney-Edwards cross field kick to Oliver Cicognini to score the winning try was text book rugby at its best. 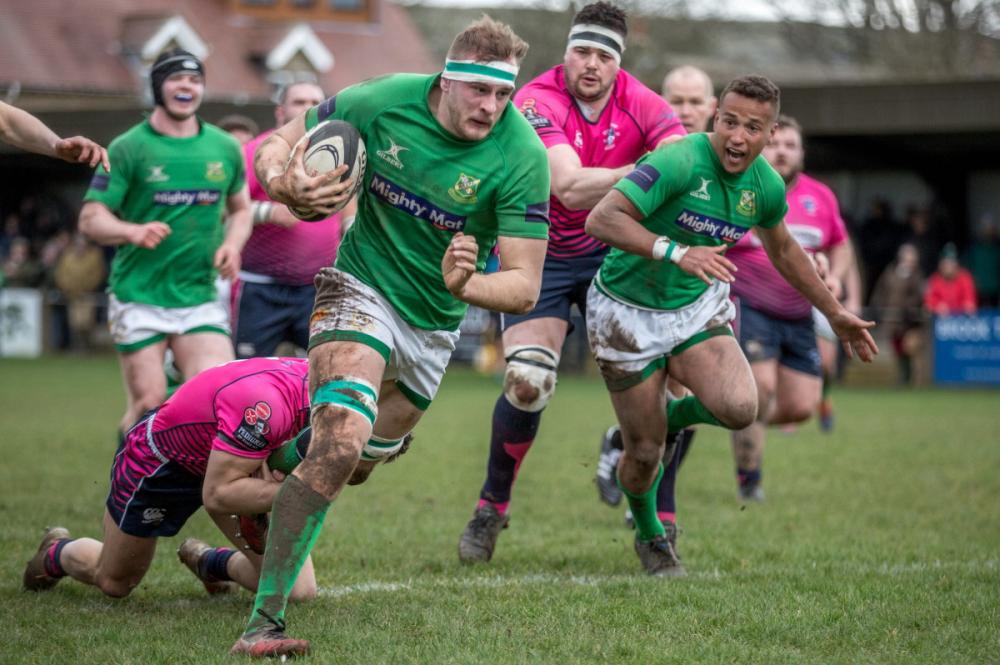 Photo by Ro Burridge
On a day when other teams round Wharfedale in the league won, this was a vital 4 points which sees the Green Machine stay in 9th position but 7 points separate 5 teams from the drop zone.