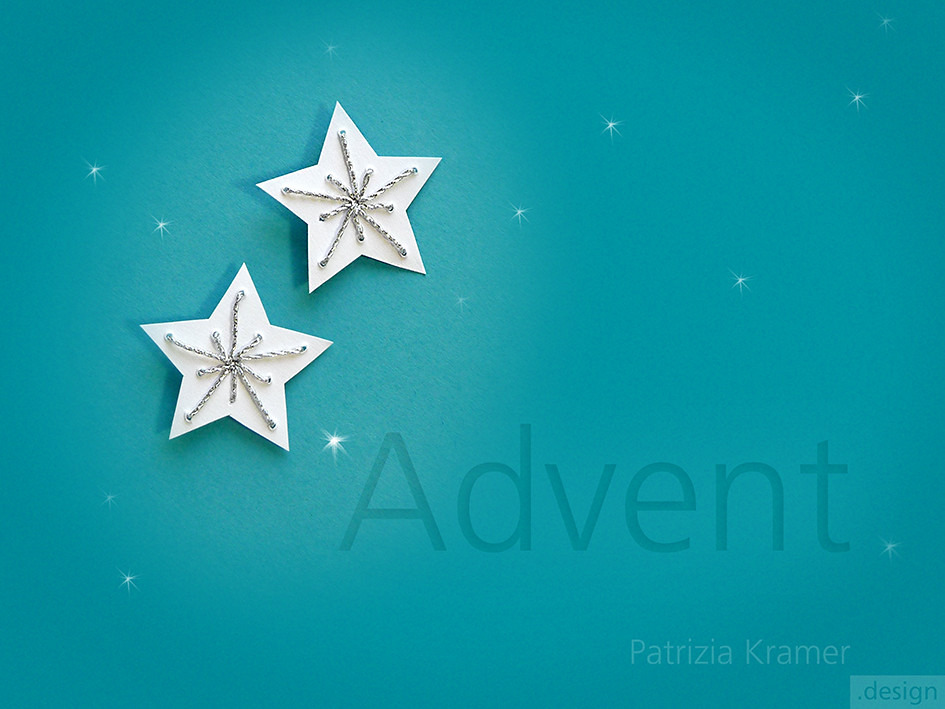 image by Patrizia Kramer
The first Sunday in Advent 2021 marks the beginning of Advent which starts today (Sunday 28) November and ends on Friday 24 December. It is the period of four Sundays leading up to Christmas. Advent comes from the Latin word 'adventus' which means 'arrival'.


photo by Stardust Kay
The definition of Advent is the arrival of a notable person or thing, the first season of the Church year leading up to Christmas. It is the season observed in Christian churches for the waiting and preparation for the celebration of the Nativity of Jesus, the real meaning of Christmas.

Advent only starts on the 1 December when Christmas Day is on a Wednesday (which happened in 2019)! This will happen next in 2024 when Advent will start on Sunday 1 December.

History of Advent
In the 5th Century Advent began on 11 November and was a six week fast leading up to Christmas. In the 6th Century Advent was reduced to four weeks and fasting was dropped.

Advent wreaths are circular and represent God's infinite never ending love. They are ususally made out of evergreen foilage to signify everlasting life.

In Christian Churches there is the lighting of the Advent wreath. During the season of Advent one candle is lit on each Sunday until Christmas. These normally comprise of three purple and one pink candle.

The option of the centre white candle is a more modern tradition which is lit on Christmas Eve or Christmas Day to celebrate the birth of Jesus.


The first candle or the 'Prophecy candle' symbolises hope and remembers the prophets who foretold the birth of the Messiah.

The second purple candle or the 'Bethlehem candle' represents faith and symbolises the birth of the coming king in Bethlehem the birthplace of King David.

On the third Sunday in Advent the pink candle is lit or the 'Shepherd's candle' which represents joy.

The last purple candle is lit on the fourth Sunday and is often called the 'Angel's candle' which represents peace.

On Christmas Eve or Christmas Day the white centre candle is lit. This is often called the 'Christ candle' and represents Jesus being the light of the world. It is a white candle to represent light and purity.

Christingle by Al Elmes on Unsplash
The Christingle
Christingle services are usually held anywhere during Advent up to Christmas Eve. They are a time of joy bringing families and communities together to share the light of Jesus and spread a message of hope.

The idea of the Christingle originated in Germany and possibly the English version of 'Christkindl' which means little Christ child, who was the present bringer in some parts of Germany and Europe and represents the baby Jesus.

A Christingle is an orange with a candle in the centre, red ribbon round it and four sticks pierced into it holding fruit and sweets.


There are five different parts to the Christingle:

The orange represents the world which is round.

The red ribbon goes round the world and represents the blood of Jesus when he died on the cross.

The fruit and nuts and sometimes sweets, represent the fruits of the earth which grow because of the sun and the rain.

The candle in the middle stands tall and gives light representing the love of God.

The tradition of the Advent calendar dates back to the 19th century when German protestants used to make chalk marks on doors or lit candles in order to count the days until Christmas.

In the early 1900s paper calendars were popular in Germany, although people made their own ones as early as 1850.


Photo by Sincerely Media on Unsplash
During World War II there was a shortage of cardboard and so the production of Advent calendars stopped.

The first Advent calendars showed scenes from the Christmas Story and other Christmas images like robins and snowmen.

Now the calendars have all sorts of popular themes and television programmes.

The most popular Advent calendars seem to be the ones that have a chocolate behind each window, I wonder why! The first calendar with chocolate in it was made in 1958, although they only became really popular in the 1980s.
Also by Jan Harris...
Why Is Blue Monday Depressing?The January Full Moon Is The Wolf MoonSunshine Saturday Goes AheadWhy Can't Christmas Go On And On?Festive Gin Cocktails To Make At Home