What Is Epiphany And When Is Twelfth Night?

Epiphany or The Feast of the Three Kings
Epiphany

Epiphany or The Feast of the Three Kings is a Christian feast day celebrated each year on the 6 January. The Church of England says Twelfth Night is 12 days after Christmas Day, which means Twelfth Night would fall on 5 January.

Epiphany is the day that the three kings (or wise men) visited Jesus in Bethlehem, after following a bright star, and presented their gifts to the baby Jesus of gold (to symbolise his royal birth), frankincense (to represent his divine birth) and myrrh (to recognise his mortality).

In some countries Epiphany is a national holiday but not in the UK. All through history it has been a time of fun, feasting and celebration.

The 12 days of Christmas is the period in Christian theology that marks the time between the birth of Christ and the coming of the Magi or the three wise men.

It begins on 25 December (Christmas) and runs through to 6 January (the Epiphany, sometimes also called Three Kings' Day). Christmas Day is considered the first day of Christmas, so the Epiphany is on 6 January, meaning that the Twelfth Night is the night before on 5 January each year.

The word Epiphany comes from the Greek, meaning “manifestation or to reveal”, in this case the manifestation of Christ to the Magi (Three Kings). 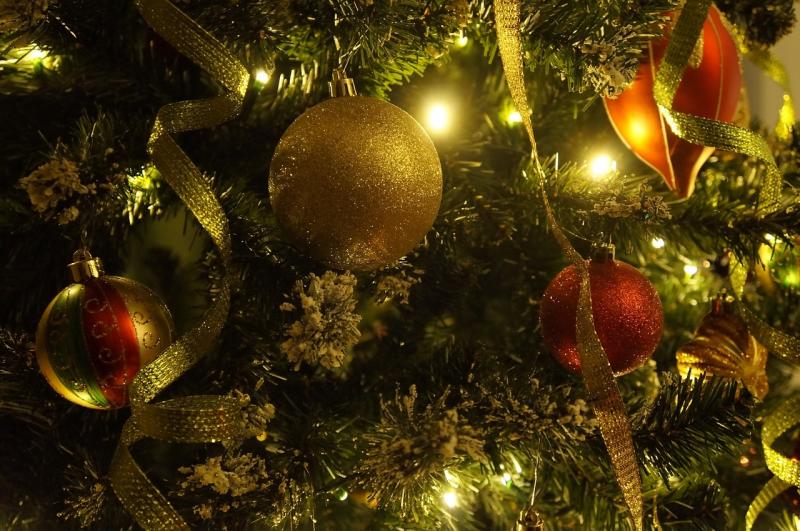 Time to pack away the decorations for another year
Twelfth Night

However, today we mainly refer to Twelfth Night as the end of Christmas and the day when traditionally the decorations should be taken down for another year.

Some people believe that you will have bad luck all year if the decorations are left up beyond Twelfth Night or Epiphany.

So as Twelfth Night (5 January) is this week it is the time to take down your tree and decorations. It's amazing how the decorations are a joy to put up but somehow a chore to take down.

It was the tradition in medieval times right up to the 19th century to celebrate Christmas for 12 days and so 5 January (Twelfth Night) was just as important a day to celebrate as Christmas Day is to us today.

Shakespeare's play Twelfth Night (or What You Will) has an association with feasting and merriment. It is thought that it was performed on Twelfth Night in Tudor times as a fitting end to the Christmas season.

The Victorians are believed to have started the tradition of taking down decorations and Christmas trees so that everybody could return to work after the festivities.

Twelfth Night is also known as Epiphany Eve, which is the end of the traditional Christmas celebrations, but some people do chose to leave them up until Candlemas.

Candlemas is on 2 February, 40 days after Christmas. This is the time when Mary and Joseph took the baby Jesus to be presented at the Temple in Jerusalem. This is an important day in some Orthodox and Catholic churches even today. It gets it's name from the fact that the candles are blessed at the service and then given out to the people, or used in the church all year.


Recycle your Christmas cards
So the Christmas festivities are over for yet another year. Even in these strange pandemic times of 2020 most of us will be back at work, even though a lot of us are working from home.

So don't forget to recycle the tree and cards and pack away the decorations until Christmas 2021, which hopefully will be a great time for celebration with the coronavirus pandemic controlled by the vaccine.