Patrick Vallance, the government’s Chief Scientific Advisor, revealed last week in a committee hearing that the SAGE group of scientists had advised the government to go into lockdown on 16th March, a week earlier than it actually did so. He also said that there was “no reason” to change the advice for people to work from home where they can; and yet here we are. At least we’ve finally had confirmation that the government hasn’t truly been “following the science” but has instead been trudging sullenly behind it like a mardy teenager.

In response to these revelations, the government went into full Skynet mode and sent back a Terminator – well, Matt Hancock anyway – to change history, with Hancock duly stating in parliament that we were all mistaken and that, contrary to all evidence – such as, to pick a random example, Cheltenham Races taking place that week – lockdown had indeed started before anyone realised. “March 16th is the day when I came to this House and said that all unnecessary contact should cease. That is precisely when the lockdown started,” he Cyberdyned. “I need your clothes, your boots, and your motorcycle,” he didn’t add. “Especially that pink tie.”

Hancock has previous form with time travel, of course, having been able to get through his seven days’ Covid isolation in just six. I just wish he’d use his power for something more useful, like pre-ordering some PPE. The danger of time travel is that the traveller might meet himself, causing a paradox and tearing a hole in the fabric of time and space. That’s why Hancock must always avoid travelling to the 1980s, in case he accidentally bumps into Allo Allo’s Lieutenant Gruber.

Hancock is also trying to change the future, revealing that a new app was being developed that would predict Covid hospitalisations. I wonder what the likelihood is of that working, when our “world-beating” app can’t even keep track of infections in the present. Maybe at some point we’ll stop trying to beat the world and join it instead. 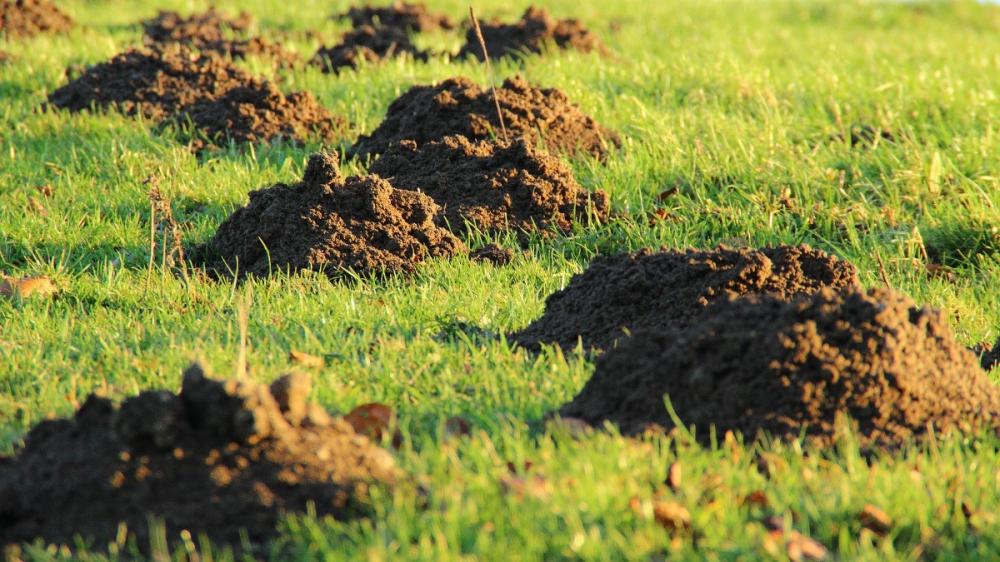 Image by meineresterampe from Pixabay
Boris Johnson is similarly set on controlling the future, insisting in an interview that there would be no need to implement another national lockdown. The country would instead continue with Johnson’s preferred solution of playing “whack-a-mole” with local outbreaks. Does he know that whack-a-mole is an exercise in futility, where you have no plan but simply react to events outside your control with blind panic, and where the moles always win? Oh well, I suppose it makes as much sense as anything else the government has done recently.

Johnson has been using his preferred whack-a-mole tactic for enquiry reports too, desperately trying to knock them on the head before they see the light of day. There was the Islamophobia report to which Johnson committed a year ago and then quietly dropped; then the civil servant who authored the report into allegations of bullying by Priti Patel is being moved on so that the report can be rewritten more favourably; and at Prime Minister’s Evasions last week, Johnson committed himself to an enquiry into the Coronavirus response though, naturally, now is not the right time. I expect the right time – as with the Islamophobia report – will be “never”.

Meanwhile, the release of the report on Russian interference in elections – completed last December – has just taken place. (I told you, the moles always win in the end.) This only occurred after Johnson failed to win a rigged election to appoint Chris Grayling as the chair of the intelligence committee. I guess he should have got the Russians to help with that one too.


Also by Roger Winterbottom...
Blue Öyster Cult - The Symbol Remains (Frontiers Music)In Search Of The NorthDon't Dream It's DoverReview: Runaway's River By Kevin WoodThe Algorithm Method
As far as I can tell, the big story from the report is that Russian bears do not, in fact, shit in the woods; they instead prefer to shit all over our democracy.

I’m not sure why Johnson is so opposed to all these reports though: it’s not as if he reads any of them. This was made clear when questioned by Keir Starmer about a government-commissioned report that estimated there may be 120,000 more Covid deaths this winter. Starmer, obviously getting very tired of Johnson’s unwillingness to answer anything at PMQs, had the air of a tetchy, yet well-groomed, geography teacher querying whether a truculent pupil had done his homework and read the chapter on cloud formations.

“Has the prime minister actually read this report, that sets out the reasonable worst-case scenario and tells the government what it needs to do about it in the next six weeks? Has he read it?” said Starmer.

“I am, of course, aware of the report,” replied Johnson in a rare moment of honesty. Yes, and I’m aware of a book written by Johnson about Churchill, described by historian Richard Evans as “like being cornered in the Drones Club and harangued for hours by Bertie Wooster”; but I haven’t read it.

As part of the drive for normality, Johnson suggested that people could now go back to work in offices “if everybody can discuss it in a serious and grown-up way”. This was shortly after he had answered a serious, grown-up question about bereaved families by making a feeble crack about underpants.

Comparing office and home working, Johnson went on: “We’ve all learnt all sorts of lessons over the last few months, about the wonders of Zoom, muting and unmuting our colleagues.” That’s true. Johnson has become exceptionally good at muting journalists if they ask anything about Dominic Cummings.

The Independent has meanwhile dug out an old article by Johnson in which he said he loved hunting, partly because of the “semi-sexual relation with the horse”, to which the only sensible, mature response is: eeewwww. I don’t wish to doubt his technique, but are we sure all those children are really his?

And with the government starting to run adverts trying to encourage people back to normality, we’re being told that, “Whatever you’ve missed, now is the time to get back out there and enjoy it safely.” Personally, I’ve missed having a semi-competent government. As for Boris – time to get back in the saddle, eh?