Why I Didn’t Clap 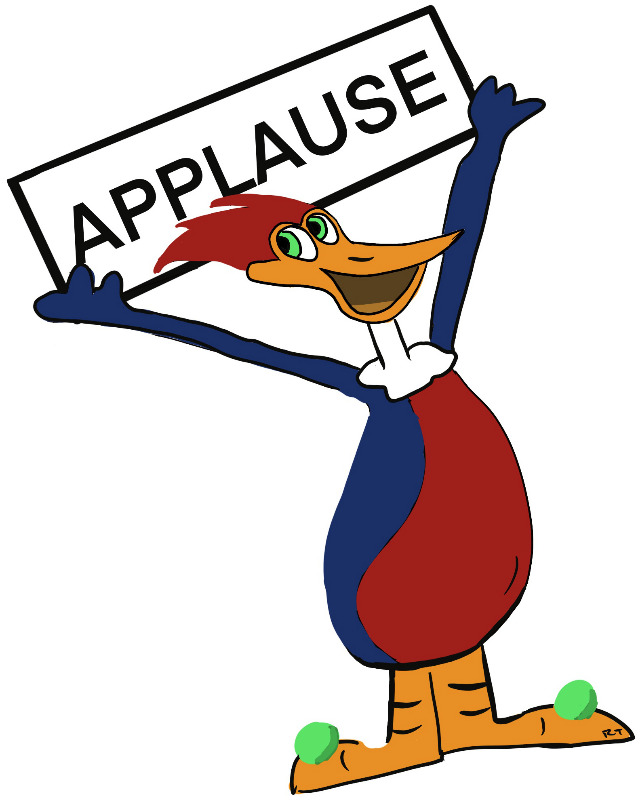 I’ve always been of the opinion that applause should be both sincere and spontaneous. Apparently, there was a time when television studio audiences clapped on cue when a man in front held up a sign. What has happened recently has felt a bit like that.

I am aware that I am in a minority. Millions of people, probably the vast majority nationwide, have been clapping for the NHS staff and carers and key workers, in their gardens, from balconies and on street corners, sometimes doing more than clapping, breaking into song or dance, bashing drums or playing instruments. No matter how sincere the motives of these people, there was certainly nothing spontaneous about the synchronised and very public activity at eight on the dot every Thursday evening.

Personally, I have nothing but admiration for the NHS, to which my wife dedicated her working life as a nurse and midwife. I remember the long and exhausting hours she toiled and the early and late times she went out or came in. I remember, too, that in a five-week month for bizarre national insurance reasons her take-home pay was less than in a four-week month. But I have not participated in the mass ritual – and this, I’m sorry to say, has occasioned comment.

I have almost felt a need to explain myself and sensed an element of rebuke from others for the perception that I was ungrateful, anti-social, wrong-headed. Now, I have always been reluctant to follow the masses and here might be one partial explanation of why I didn’t clap. Yet, I know there are other more laudable reasons.

However much I don’t like being told how to think and what I can say and not say, I am intelligent enough not to infringe these particular rubrics. But being asked to make like a performing seal, thrashing my hands together while smiling broadly, in the middle of a pandemic, is altogether different. Does failure to do so really indicate anything about the individual, any more than participation in the ritual does? Does such support count for anything, anyway, in the scheme of things, the realpolitik game. I see parallels here with conspicuous charity. Personally, I support within my means, privately and unostentatiously, those charities of which I approve, not because a can is rattled in front of me and I’m given a flag to display, or a red nose to amuse others and as a badge of my bona fides.


Also by Andrew Liddle...
Treboom Wins GoldChantry Beers - The Pride And The PassionTheatre In The RowntreeAugust's Beer Of The Month - Rooster’s Craft Beer PerfectionMixed Reaction To Brewing Tax Reforms
The real reason I don’t get happy-clappy is, of course, that I cynically believe it is just an empty gesture for political reasons.

Yes, I know the idea began in Europe and the splendid Annemarie Plas, a Dutch expatriate living in London, is credited with introducing it here, but it was quickly latched onto by the government, probably - at a guess - by the extraordinary Dominic Cummings, as a glorious photograph opportunity to work up a collective euphoria about an undeniably good cause and divert from the national scandal of failing to provide the correct PPE and basic equipment and, in wider terms, the sheer mind-boggling incompetence.

These are the people, remember, who originally thought herd immunity was the answer, before they panicked, fearing the NHS would be over-run, at which point they decided to sacrifice the old folk in nursing homes. These people, the most vulnerable, might if looked after properly have paradoxically been among the most safe because they were already in a permanent state of lockdown. But no, let's send the sick back there to die and infect others.

I always remember many years ago seeing the George Formby impressionist, Alan Randall, playing to a large and appreciative crowd in my native city. They loved him. After a while he seemed to grow sick of the adulation and yelled: ‘C’mon Bradford, never mind the clapping – do some dropping!’ He meant money. Clapping doesn't cost anything and it doesn't generate anything either.

A second anecdote comes to mind. A couple of years ago I was at a pub quiz and one of the photographs, that everybody but me failed to recognise, was of my political hero, the incorruptible Aneurin Bevan. The Minister of Health and Housing was the great prime mover behind the Labour Government implementing the Beverage Report which seventy years ago led to the founding of the NHS. I was shocked that he had apparently been forgotten, and not best pleased that I did not get the point added to my score because I had written down Nye Bevan and not Aneurin which the know-it-all quiz master had on his card – and mispronounced badly. Give me strength. What Bevan achieved affected the lives of millions for the better. His achievement speaks for itself. Where are the statues of Bevan, by the way? Maybe we could put some up in his honour to replace those we're tearing down.

Anyway, the people have done the government’s bidding and put their hands together and some of them have even put their hands in their pockets and contributed to the NHS in a practical way. Let’s see whether the hospital staff will receive tangible rewards, for starters a salary proportionate to their skills, commitment and, not least, the danger they put themselves under. Or, when it’s all over will they be sold down the river like, for example, the returning soldiers promised ‘homes for heroes’ in 1918. Many of them soon found themselves standing in line for bread and sleeping in hostels sprawled across a clothes-line. Oh yes they did.

If and when our brave national health workers, including those to whom Boris Johnson owes his continuing existence (‘They saved my life. No question.’), are paid their dues, then I will do more than clap: I will raise my voice and cheer to the echo and it will be a spontaneous outpouring of powerful feeling, not something orchestrated and ‘oven-ready’, as Boris might say.