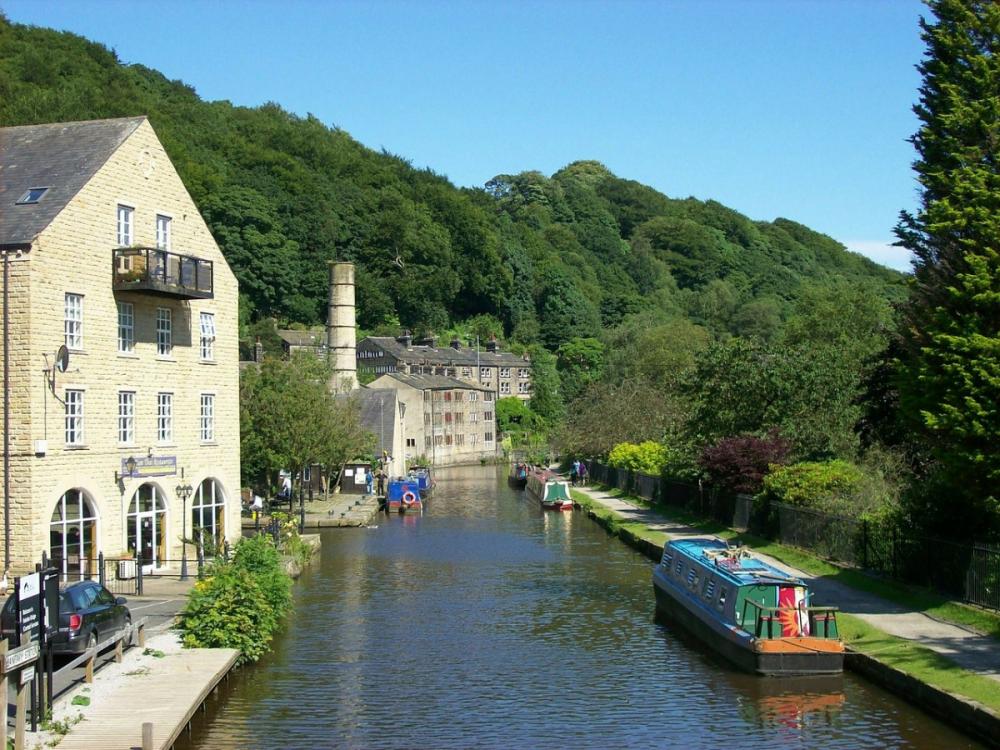 To coincide with this week's COP26 Transport Day announcements, Canal & River Trust, the charity that looks after 2,000 miles of canals and rivers in England and Wales (320 miles in Yorkshire & North East England), is highlighting how the nation’s 200-year-old canals, once the motorways of their time, can offer huge opportunities to help the nation tackle the climate change crisis.

Following dereliction and decline in the 20th century, today’s canals are enjoying a second golden age to help drive the ‘Green Industrial Revolution’.


The modern-day benefits of historic canals include:

Sean McGinley, regional director, Yorkshire & North East at Canal & River Trust said:
“Climate change is one of the biggest threats the planet is currently facing and we have seen first-hand the impact of this change within Yorkshire with two major incidents.

"In February 2020, Figure of Three Locks on the Calder & Hebble Navigation was the most damaged single structure across our entire network when flood water from the River Calder overtopped causing £3 million damage. In December 2020, we faced a breach on the Aire & Calder Navigation breach, with a further £3 million spent on repairs.

"We are helping to future-proof our network to withstand the new challenges of 21st century because believe that our historic waterways can play an important role in mitigating the impact of climate change and can help to reduce the levels of greenhouse gas emissions, which are driving global warming.

"Although the great canal engineers of the industrial age could never have envisaged it, our network of canals and river navigations in the hearts of our towns and cities are perfectly placed to provide ‘net zero’ solutions and climate change mitigation.”

Research published by the Canal & River Trust and University of Manchester shows the presence of canal water in urban areas can also cool Britain’s overheating cities during heatwaves by up to 1.6 degrees Celsius in a 100-metre-wide corridor along the waterway.

The University of Manchester research creates a new model which shows the extent to which urban waterways cool cities, where the ‘urban heat island’ effect plus a warming climate threatens to make summers intolerable. The research conducted across Birmingham, London and Manchester shows reductions in summer temperatures of up to 1.6 degrees Celsius, without undesirable cooling in winter, and demonstrates the importance of choosing the right type, height, scale and location of waterside buildings to maximise the benefits.


Dr Joanne Tippett, from University of Manchester, said:
“The canals in our cities were a product of the Industrial Revolution, a time of great innovation. Adapting to climate change will require new thinking and ways of working, and this research shows the importance of working across disciplines and in partnership. Bringing together our industrial heritage with new technologies and cutting-edge research like this can help us create urban areas where people and nature thrive in a more sustainable future.”

The Trust is working with partners on a range of projects that support the Government’s decarbonisation agenda and tackling the physical effects of climate change.

Heating and cooling
Water-sourced heat pumps have the potential in the UK to heat and cool a quarter of a million waterside homes, as well as other commercial buildings, saving well over a million tonnes per year of CO2 entering the atmosphere compared to more traditional energy sources.

The technology is helping to heat and cool buildings at large commercial sites such which include: The Hepworth Wakefield, West Yorkshire, The Guildhall, York, the Mailbox shopping and media centre in Birmingham, and London projects that include GlaxoSmithKline’s canal-side headquarters and Baltimore Tower.

Low-carbon energy
The Trust’s waterways support hydro schemes generating around 21MWh per year, the equivalent energy for around 10,000 homes, with the potential to create a further 17MWh of hydro power for adjacent buildings and developments, particularly those located near weirs and locks. Within the Yorkshire & North East region the Trust has support 2,200 homes over the last 6 years with hydropower schemes, in addition to the hydroelectric capacity of the charity’s most northernly output, Tees Barrage.

Low carbon transport
To reach net zero emissions by 2050, the UK urgently needs to improve the country’s active travel infrastructure to promote walking and cycling. The Trust has worked with many local councils and developers in recent years to lay all-weather surfaces on towpaths to provide off-road routes for sustainable transport into our towns and cities, with year-round access also encouraging people to stay local and discover the waterside destinations on their doorstep. In addition, thousands of tonnes of freight are moved every year on the Trust’s canals and rivers, where lower carbon emissions make them a green alternative that removes hundreds of articulated lorry journeys from the roads.

Water supply and land drainage
Three of the UK’s five wettest winters on record have occurred in the past eight years, causing flood damage as intense storms follow in close succession. The Trust’s waterways accept over 2,500 drainage discharges, relieving the strain on overflowing urban surface water systems. The network offers the opportunity for new sustainable urban drainage schemes to connect to the Trust’s waterways to remove surplus surface water. Conversely, increased temperatures, due to climate change, will exacerbate summer water stress in coming years. The Trust’s waterways can play an important role in transferring water across England and Wales, from areas with a surplus of water, to those with higher levels of water stress such as London and the south.

Nature recovery
Many waterside habitats have become fragmented or have vanished from the countryside entirely, making canals especially valuable habitats and much-needed corridors for wildlife. For some species, the Trust’s waterways are among their last remaining strongholds, and, for many others, they provide vital resources now scarce in the wider countryside. Canals and rivers are helping to slow the loss of wildlife in the UK, helping to connect isolated natural habitats, so wildlife can spread, recover, and thrive again.

For the Trust, keeping the aging waterways fit for purpose is a constant challenge. This winter it is carrying out 168 large-scale works, across 48 different waterways, replacing lock gates, repairing masonry and brickwork, fixing leaks, updating and installing hydraulics and electrics at mechanised structures, as well as ongoing works to ensure resilience at several canal-feeding reservoirs.

For more information on the role the waterways play in combatting climate change, including a video about the urban cooling research, please visit the Trust’s website.
https://canalrivertrust.org.uk/enjoy-the-waterways/canal-and-river-wildlife/nine-ways-canals-can-fight-climate-change