The Williams Formula 1 team has this afternoon uncovered the car with which it will contest this year’s world championship, the FW43B, and it features a striking change of livery. 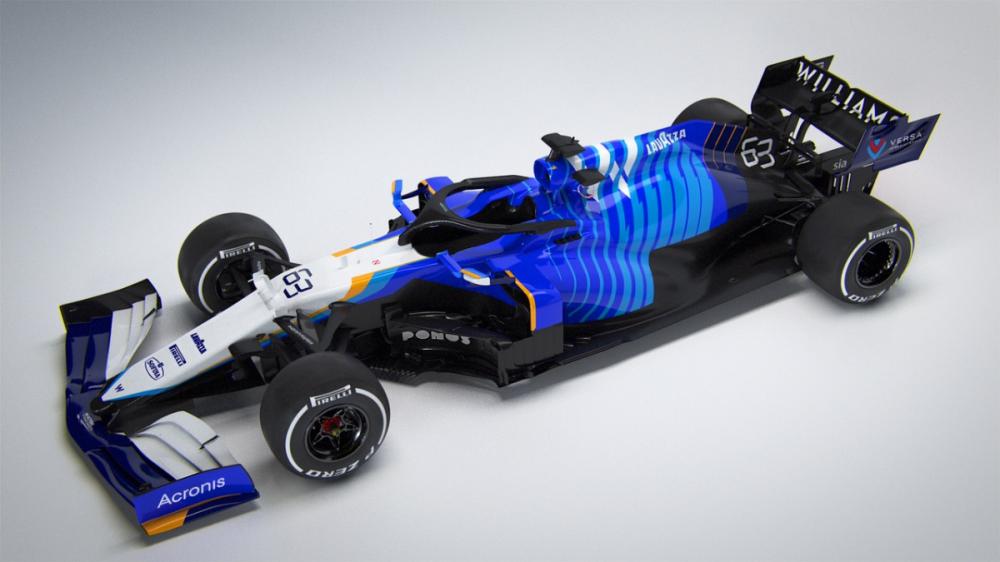 The new Williams FW43B certainly sports a very much revised livery
The Grove based outfit had hoped to use an augmented reality app to share the car with the world, but this had to be withdrawn after some unwelcome hacking had caused problems. The eye-catching new colour scheme is certainly different to what has gone before, but the B in the car’s name indicates that it is essentially a development of last season’s FW43 rather than an all- new offering, a requirement demanded of all teams to save money and time before 2022’s very different technical regulations arrive. Although the Williams family stepped back last year following the arrival of the new American owner Dorilton Capital it is fitting that the team name has remained constant and that the use of FW in the chassis title continues, referring of course to Sir Frank Williams.

The new car had been given a successful shakedown run at Silverstone back on 17 February, but it had appeared with a dark pre-launch livery. Today we saw for the first time just how different it will really look. The new CEO Jost Capito commented on the team’s past and future “Highs and lows are typical in any long-established sporting brand’s journey and historic success can be a strong motivator, but it cannot be relied upon to define future success in the modern era of Formula 1.”

Last season Williams finished at the bottom of the Constructors’ Championship standings for a third successive year without scoring a single point and they could be involved in a season long fight with the likes of Haas to avoid picking up the wooden spoon again. The outfit does though have an outstanding young British driver in their ranks, the 23 year old George Russell, who was very unlucky not to win for Mercedes when deputising for the Covid stricken Sir Lewis Hamilton in Bahrain last December. 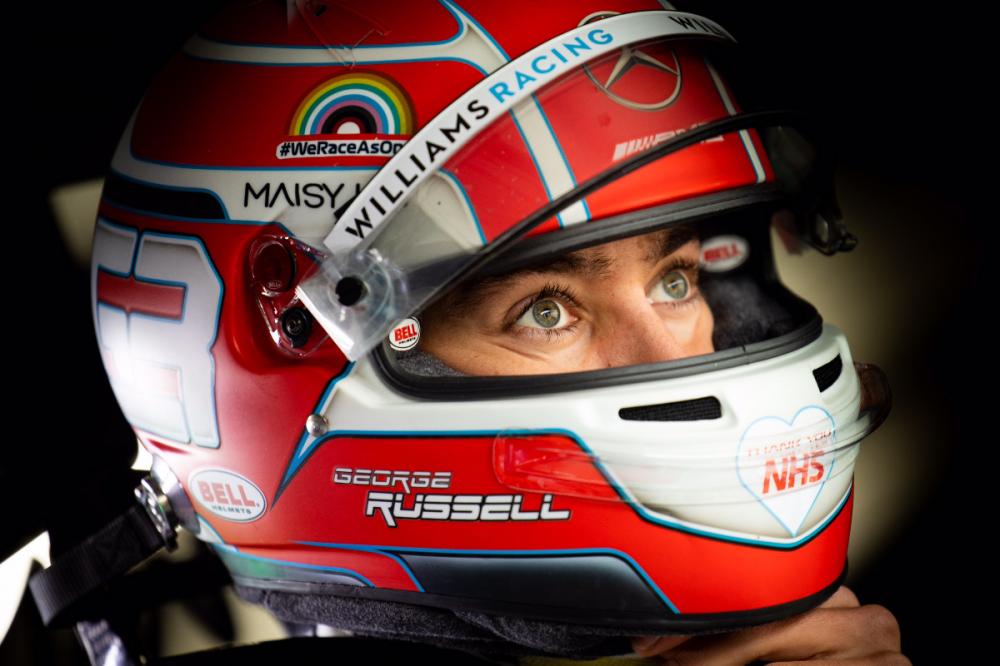 The highly talented George Russell will again be extracting the maximum possible from the new car
Russell is very unlikely to remain with Williams after the end of this season when he becomes a free agent, but the highly personably young man from King’s Lynn, who is one of the most likeable racing drivers I have ever come across, will no doubt do his best to wring every last bit of performance out of the FW43B. His team-mate will again be the 25 year old Canadian-Iranian driver Nicholas Latifi.

Jack Aitken and Roy Nissany will continue to work with the team in reserve and development driver roles and 22 year old Jamie Chadwick, a former Formula W Series champion, will also remain with the team for a third year in a development driver role. The Williams team principal Simon Roberts recently enthused about her contributions “Not only is she a great female ambassador for the sport and plays an integral part in promoting women in motorsport, her work in the simulator and behind the scenes at Grove is hugely valuable.” Chadwick will return to the all-female Formula W in 2021 after the pandemic led to its cancellation last season and she will also compete for Veloce Racing in the Extreme E Series. 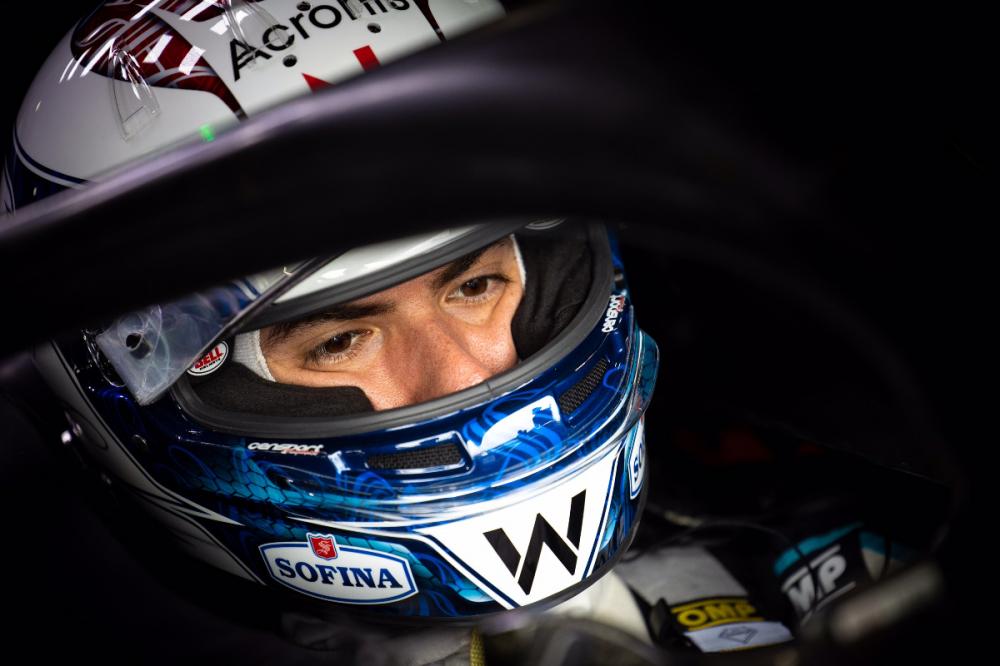 Nicholas Latifi will again be Russell’s team-mate for a further season
The British former Formula 1 driver Jenson Button, who began his F1 career with Williams back in 2000 and won the Drivers’ title in 2009 with Brawn, will be making a return to the team this season as an official advisor.

Formula 1 has also confirmed earlier today that the Portuguese Grand Prix will again be on this season’s revised calendar following the postponement of the Australian Grand Prix and the removal of the Chinese event in Shanghai. It will, as last year, be held at the Autódromo Internacional do Algarve in Portimão and will take place on 2 May as the third race of the year. F1’s CEO and President Stefano Domenicali elaborated “We are confident and excited about our 2021 season, having shown last year that we could deliver 17 races safely and bring our millions of fans thrilling racing at a difficult time.” 27,000 spectators were allowed to attend last year’s Portuguese event and the authorities are hoping to make a decision about this year in the next few weeks.

All ten Formula 1 teams have now held their launches and we have seen nine of the new cars, the exception being Ferrari’s SF21 which will only break cover on Wednesday of next week. Just seven days from now the first part of the only three-day pre-season test will have been taking place in Bahrain and, subject to some potential sandbagging, it will start to become clear as to which teams will be title contenders, which will be battling for the midfield honours and, yes, which will be trying not to finish last. Looking beyond the test, there will then be just a two week interval before the opening Grand Prix of what for now at least is still intended to be a 23 race season on 28 March.