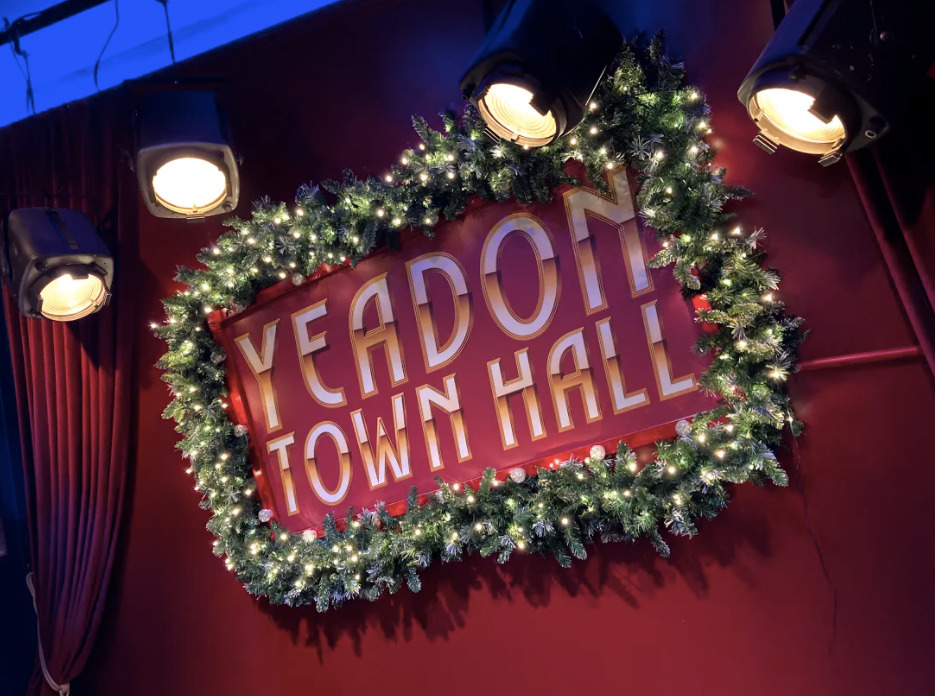 Having devastatingly missed out on the first two rounds of the Culture Recovery Fund, local culture and community hub Yeadon Town Hall is now hoping for success in the next round of the grant programme.

Since March, the Town Hall’s income has drastically fallen by over 90%, as the majority of its income comes from ticket sales and bar revenue. Its extensive programme of live entertainment events has been postponed, with some events having to be cancelled altogether.

This, understandably, left the future of the Town Hall in jeopardy. In October 2020 the Town Hall released a statement of disappointment following the announcement of the Culture Recovery Fund distribution. CEO Jamie Hudson urged the Government and Arts Council to offer further help to the organisations that did not receive funding. He warned that, without additional resources, Yeadon Town Hall may not survive the year.

In a heartwarming twist to the tale, the Yeadon community got behind Jamie Hudson’s appeal. Thanks to the incredible generosity and community spirit Yeadon is so well known for, nearly £15,000 has been raised to secure the Town Hall’s short term survival.

The community really has rallied round to try and save the building. Beci Tate from Harris Heating raised nearly £5,000 through a community fundraiser, Denise Flesher has sold homemade snoods and face coverings which raised over £1,000 and a Community Christmas Raffle organised by Julia Briggs has raised £2,000. The Yeadon Town Hall team, volunteers and local stall holders also joined forces to develop a successful series of community markets, which raised £7,000 and provided much-needed festive joy for the town.

Whilst £15,000 is a tremendous amount of money to be raised by the local community - it simply isn’t enough to help keep the Town Hall running as we hopefully enter the final stage of the COVID-19 pandemic. Yeadon Town Hall is over 140 years old, and costs a significant amount of money to maintain. In fact, just earlier this month the Town Hall suffered a broken boiler which required urgent repair. With no definitive end to the pandemic in sight, there’s no way to know when steady income can once again be expected.

Announcement of the latest Culture Recovery Fund has given the Yeadon Town Hall team hope that 2021 may just be the year they can build on the Town Hall’s success and begin to connect with the community once more. The grant will not only help to keep the building up-and-running, it will support the team in delivering an artistic and cultural programme in 2021. After such a challenging year, the community needs support and entertainment more than ever and the Town Hall is ready and waiting to deliver that.

Jamie Hudson, CEO at Yeadon Town Hall, says: “As a cultural and community hub, there’s nothing more rewarding than seeing Yeadon locals pull together and stand behind us through these tough times. But, unfortunately, we can’t survive on community spirit alone. The announcement of further Culture Recovery Fund grants has given us hope that there may just be a light at the end of this tunnel.

“We hope the Arts Council will recognise the importance of Yeadon Town Hall, not just as a valuable arts and cultural institution but also a highly valued local landmark. I sincerely hope to be able to share a much more positive 2021 with our patrons and Yeadon community.”