The United Autosports team, based near Wakefield in West Yorkshire, had a difficult weekend at this year’s running of the famous Le Mans 24 Hour endurance race in France on Saturday and Sunday, but fought back superbly to claim an impressive fourth in LMP2 class finish for one of its three cars, reaching the chequered flag in ninth position overall behind the victorious Toyota GR010 Hybrid Hypercar driven by Mike Conway, Kamui Kobayashi and Jose Maria Lopez. 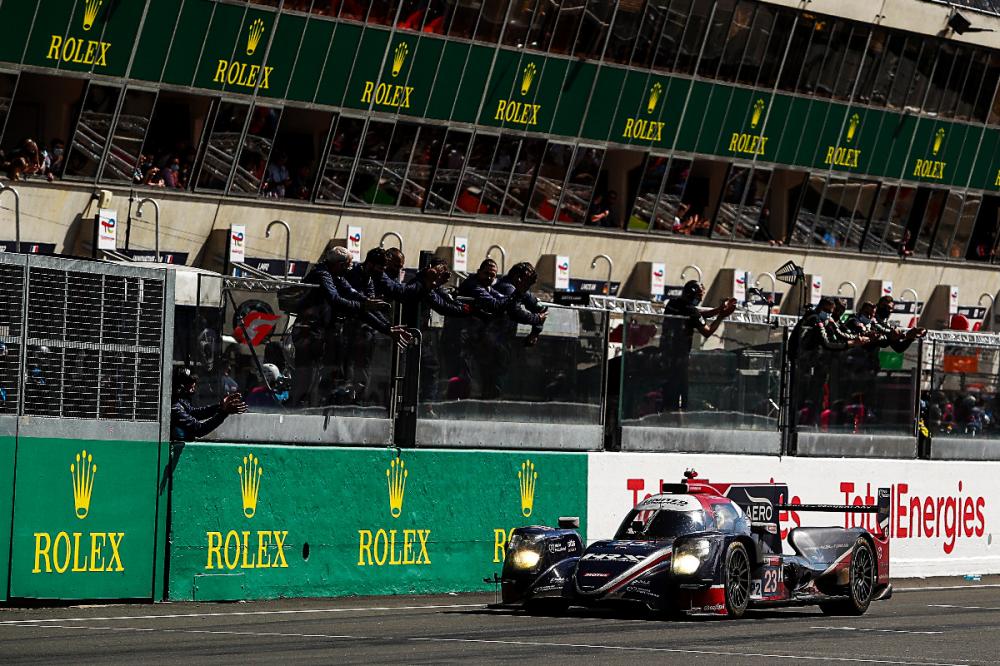 United Autosports’ car 23 fights back to finish fourth in the LMP2 class
United’s success came via its #23 Oreca 07, piloted by its all British line-up of Paul Di Resta, Alex Lynn and Wayne Boyd, the latter making his Le Mans debut. They finished only two laps down on the eventual LMP2 class winners Robert Frijns, Ferdinand Habsburg and Charles Milesi, driving for the Belgian WRT team which was making its own Le Mans debut.

The team’s second LMP2 Oreca 07, #22 driven by Philip Hanson, Fabio Scherer and Filipe Albuquerque, had a tough race, spending 90 minutes in the pit garages as various electrical components were changed, but still managed to finish 18th in class and 40th overall. Their third LMP2 Oreca 07, #32 with Nico Jamin, Jonathan Aberdein and Manual Maldonado at the wheel, had a premature end to its time on track. On lap 75 Maldonado lost control on the wet circuit and unfortunately collided with the sister car driven at the time by Di Resta. It was game over for #32, but at least Di Resta managed to get his car back to the pits for repairs and that subsequent fourth in class finish. 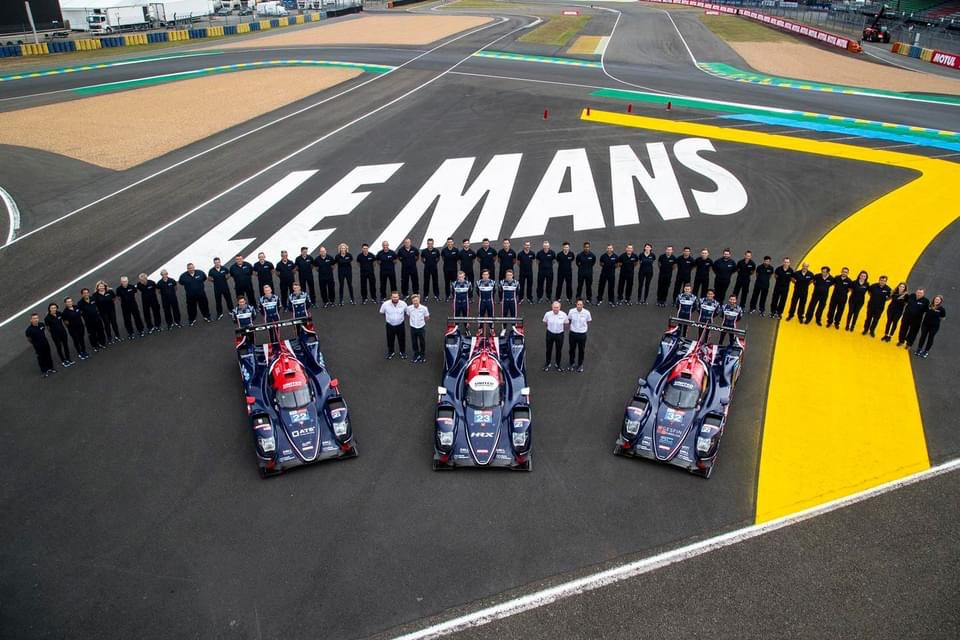 The team line up at Le Mans before the classic 24 hour contest
The team is co-owned by the McLaren CEO Zak Brown and former racing driver Richard Dean, with Brown commenting “It was an awesome result from the #23 crew to battle back to fourth place. The #22 crew were unlucky with the problems they had during the night and how unfortunate was it for Manuel in the #32. It’s a case of what could have been. The team is strong though and will come back fighting.”

United Autosports now switches its focus to the next round of the GT4 European Series at Germany’s Nürburgring circuit on 3-5 September. The FIA World Endurance Championship then returns for the season-ending doubleheader in Bahrain on 30 October and 6 November.
Also by Graham Read...
A Return Visit To Anglesey CircuitA McLaren 1-2 In Italy As Hamilton And Verstappen Crash OutRussell To Mercedes And Bottas To Alfa RomeoVerstappen Delivers At A Very Orange Zandvoort!Verstappen Wins At A Very Wet Spa As Russell Stars