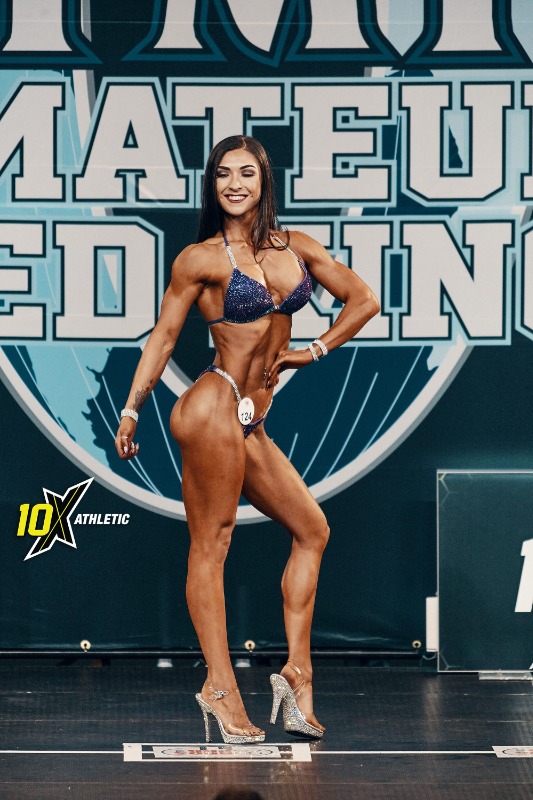 Jade Kelsie
A self-confessed former ‘gymophobe’ is heading to Birmingham next weekend (Saturday, October 2), to compete in the UK’s biggest ever bodybuilding event, hosted by Hollywood muscleman, Arnold Schwarzenegger.

Wakefield gym owner and fitness coach Jade Kelsie is one of just 18 competing in The Arnold Sports Fitness Festival’s Women’s Bikini Class, being staged at the NEC.

And, if the 27-year-old lifts the trophy, it will take her one step closer to achieving her dream of competing in the Ms Olympia tournament, held annually in Las Vegas.

Over the course of the three-day event, which organisers predict will attract 60,000 attendees, 5,000 competitors will take part in more than 25 sports and disciplines.

But what make’s Jade story remarkable isn’t the fact she hated going to the gym and training in general, it’s that four years ago she was diagnosed with epilepsy.

Seizures have resulted in her heart stopping on three separate occasions and she has also had several spells in hospital as a result of the condition.

However, after totally transforming her training regime and sticking to a strict diet, Jade has got her epilepsy under control, and last month was asked to become an Ambassador for The Voice of Epilepsy charity.

Jade said: “Whilst I used to hate going to the gym or training in general, it is now a massive part of my life. I live and breathe bodybuilding and everything health and fitness related.

“I have learnt a lot throughout the years of competing; my knowledge has further allowed me to own a business doing 1-2-1 personal training and online coaching and ‘posing’.

“Thousands of bodybuilders from across the UK and the continent of Europe applied to compete in ‘The Arnolds’, and I’m thrilled to have been selected. And in our particular class, Women’s Bikini, there’s just 18 of us.

“The Arnold Sports Fitness Festival was started in America by Arnold Schwarzenegger, and this year it’s made its way across the Atlantic to Birmingham.

“Because of my epilepsy, I’ve had to completely adapt the way I train for competitions, including my diet. Thanks to bodybuilding I’ve managed to control it and I’ve learned a great deal about the condition, and myself, as a result.

“The Voice of Epilepsy Charity has been a great help to me, and I’m honoured to have become one of its ambassadors.

“Next weekend will see me competing against some incredible rivals. And I’m hopeful that the months of training I’ve put into this competition will pay off. If it does, then it takes me that bit closer to appearing at a future Ms Olympia competition.

“If not, and in the immortal words of Arnold himself, I’ll be back! Whatever the outcome, it’s going to be fantastic experience and proves that despite having epilepsy, anything is possible.”