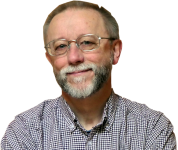 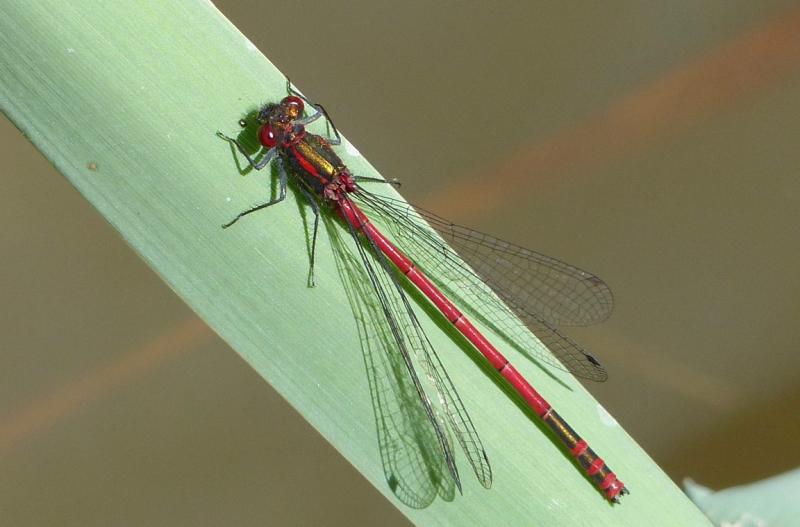 Large Red Damselfly, the first species to appear each spring
I’m writing this in early February, looking out onto a garden which is bare apart from a few Snowdrops and shivering birds, but hopefully things will have warmed up slightly by the time you read it. However, even with Global Warming it will be a few months before we can expect to see much insect activity in Yorkshire.

The majority of insects go about their brief lives unnoticed by most people, but two groups of insects are usually noticed by even the most casual nature-watcher. Everyone loves Butterflies, though not necessarily their close cousins Moths, but Dragonflies are every bit as interesting and entertaining.

Like most insects, Dragonflies and Damselflies have a life-cycle consisting of egg, larva and adult, but they have a unique method of mating and breeding, and we’ll look at how they go about that in a later article.

Some species complete their life cycle in one year while others take two or three years. In all species, most of the life cycle is spent out of sight underwater as a larva. Only the adults have wings and they are around for just a matter of weeks.

Adults are generally seen flying between late-April and October in Yorkshire, though the season can run from March to November in the south. Some species are only on the wing in spring while others only fly in mid- or late summer.

Nature being Nature, there are of course exceptions to this in the form of the Emerald Damselflies, which half-fold their wings, earning them their other name of Spreadwings. More on this in a later article.

All Dragonflies and Damselflies have incredible flying abilities and can change direction instantaneously, hover, and even fly backwards.

But watching these beautiful insects showing off their incredible flying skills will have to wait for a few months. At present, the larvae are busy hunting for food and growing, hidden away in the depths of our ponds and rivers; there may well be some in your garden pond. They are carnivorous and feed voraciously on other aquatic insects, or even small fish, and how they catch them, like so much about Dragonflies, is unique.

The larva has extendible jaws which it can shoot forward at lightening speed to grab its prey, then drag it back to be eaten. It can be very hard to see this as it happens so quickly, but if you think of the Alien in the film of that name, you will get the general idea.

It has often been claimed that the feeding method of Dragonfly larvae was one of the inspirations behind HR Giger’s design for the Alien. But don’t worry, Dragonfly larvae and adults are all completely harmless to humans. They will not bite or sting you, and do not even have a sting, despite their old folk name of ‘Horse Stinger’.

The first species to appear in spring is usually the Large Red Damselfly, though they are quickly followed by Azure Damselflies and Blue-tailed Damselflies.

Due to their size and appearance, Damselflies are sometimes called ‘flying matchsticks’ and once you get your eye in they are easy to spot. So keep your eyes open for these colourful insects from the middle of April. As soon as they start to appear I’ll be back to explain exactly how to tell them apart, and what to look for when the true Dragons start to fly.

If this article has given you an interest in Dragonflies and Damselflies, please visit the website of the Yorkshire Dragonfly Group (www.yorkshiredragonflies.org.uk). There you will find loads of information and pictures to help you identify what you see. The Yorkshire Dragonfly Group organises a number of field trips during the Summer, and anyone with an interest in these fascinating insects is welcome to join.
Also by Martin Roberts...
The Dragonfly Season Draws To A CloseHeight Of The Dragonfly SeasonMaking The Next Generation Of DragonsThe ‘Dragons’ Awake