photo - Lee Haywood
House prices in the three major cities to be linked to London by the HS2 railway project are currently growing in value 10% slower than the national average, based on new research announced today from Groundsure. The HS2 city house prices are also rising much slower than regions along the rest of the proposed route. 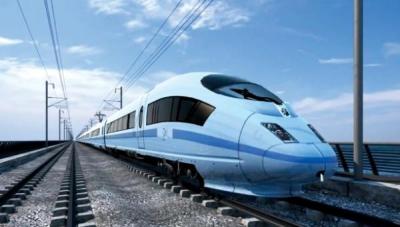 Groundsure investigated whether this slower percentage growth was due to the predominantly urban nature of areas near to stations, compared with the rural areas along the rest of the HS2 route. However, this does not explain the difference in house price growth, with only a minor difference (1%) identified nationally between urban and rural areas.

The current changes in house prices found in this research are in contrast to Chancellor George Osborne's prediction that the Y-shaped line will be: "...the engine for growth in the north and the Midlands."

Dan Montagnani, managing director of Groundsure said:
"Our research shows that the argument from HS2 supporters, that areas to be linked by the project need the development to boost local economies, remains valid. Particularly as house prices near the HS2 city railway stations are not keeping up with the rest of the country."

Montagnani added:
"When starting our research, we had expected Birmingham to be one of the first cities to benefit economically with a faster connection to the capital, which is expected to be operational by 2023. But instead, we've found that house prices near the Birmingham HS2 station have remained relatively static. This suggests that any equivalent of the Crossrail effect, which has seen significant house price rises near to new stations along the new route across London, is some way off as yet."