Zoom, Piers Morgan And A Virus

The global phenomenon that is Zoom has been a real lifesaver during lockdown, helping people to cope with separation from family and friends, as well as allowing them to work online in ways they never would have thought possible. 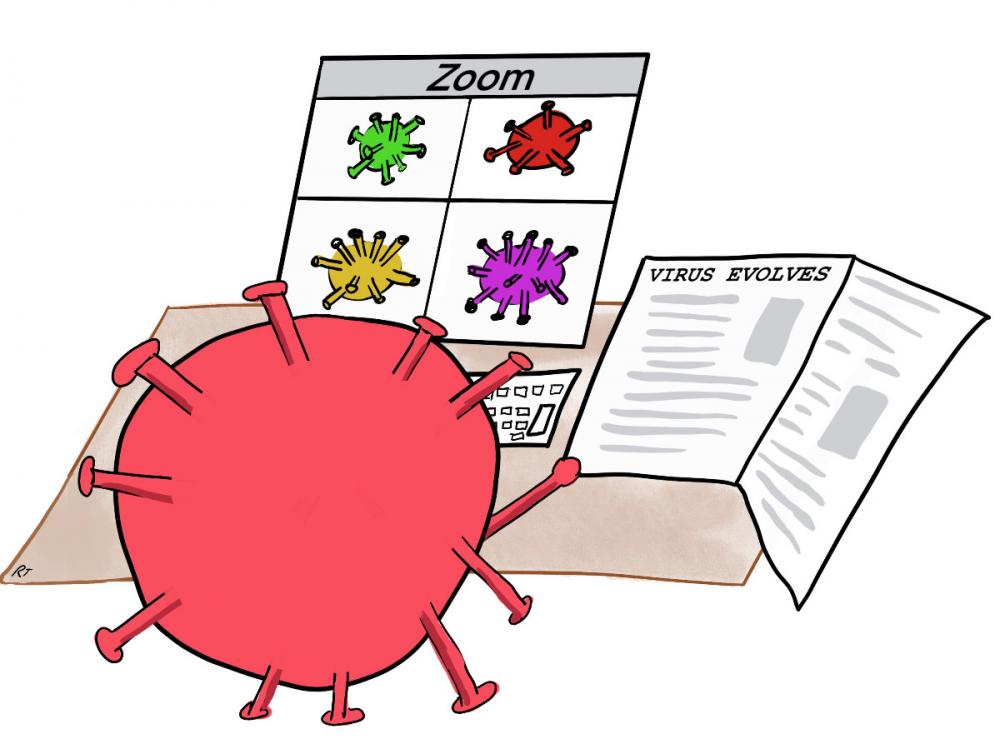 When Lockdown was first announced, apart from the ever present fear of catching Covid-19, the nation’s introverts (of whom I am one) started living their best lives. Whilst appearing outwardly sad at having to self-isolate, inwardly they were ecstatic: permission to stay at home and free from the pressure of having to invent excuses to avoid that dinner party, works do etc. What’s not to like?

On the rare occasions they ventured out, introverts embraced mask wearing with an almost unnatural enthusiasm, in fact, the mask was often in situ before they left home; it’s so much easier to swerve people when you are in disguise.

But just when they were settling into this ‘new normal’, a parallel universe of relentless online socialising sprang up: Zoom pub quizzes, cocktails, happy hours, karaoke, board games etc. “Zoom fatigue” became a thing - uncomfortable and tiring even for extroverts, introverts find it totally exhausting as it uses up far too much mental energy.

And if your job involves music, as mine does, the full horror of Zoom manifests itself: last week a pupil finished a piece and put down her instrument whilst I was still listening to the final notes.

However, if you’re having a family catch up, then a glass of Pinot is all that’s required to take the edge off these audio irritations. Against all expectations, my 80 year old mother has mastered FaceTime, but is still incapable of positioning the iPad at the correct angle to encompass her whole face, with the result that I’ve spent the last four months talking to the top of her head. My online chats with my sister have been equally surreal: she is currently sharing a screen with a pair of reindeer antlers which have been a permanent fixture on her living room wall since Xmas. Both could probably benefit from the help of the Twitter account, ‘Room Rater’, which offers advice on how to set up an aesthetically pleasing background by improving camera angles, lighting, plants, pictures and blinds etc.

TV interviews have seen people up their background game, with bookcases featuring prominently. Michael Gove’s bookcase caused a Twitterstorm due to the presence of a book by David Irving, the Holocaust denier, and ‘The Bell Curve’, which controversially claims that ethnicity can play a part in determining IQ. Maybe he should have consulted the Twitter account ‘Bookcase Credibility - what you say is not as important as the bookcase behind you.’


Also by Elaine Annable...
Strictly Self-IsolatingStrictly: The LockdownThe TwitterverseKathryn Stott, Leeds Town Hall. Out Of IsolationHarrogate International Festivals Goes Digital
Zoom has brought out the competitive spirit amongst government ministers and led to some hilariously ‘over styled’ backgrounds: Grant Shapppps, aka Michael Green, is never interviewed without his ministerial red box, GB flag, and a personalised banner with the legend Grant Shapps, which also serves as a handy reminder of which of his several names he is currently going by.

Dominic Raaaab, in an impressive piece of one-upmanship, somehow managed to acquire Kew Gardens as his backdrop in a recent TV interview.

At the other end of the scale, I have greatly enjoyed Alok Sharma’s minimalist approach in his ‘Interviews in a Broom Cupboard’ series. Wisely, like Fawlty Towers, he resisted the urge to continue after his successful second series.

But my all-time favourite is Helen Whately’s excruciating interrogation by Piers Morgan whilst crouching on her bathroom toilet; or not, it was difficult to tell, although judging from the expression on her face it looked like she was suffering from a touch of constipation.

Despite some people’s obsession with style over substance, there are still those who don’t give a toss about pictures, bookcases and plants, ‘zooming’ from granny’s bedroom with its 1970s candlewick bedspread and ‘big light’ casting a harsh glare on bare walls.

If you can’t be faffed to tidy your room, there are several virtual backgrounds that can be downloaded free of charge from the BBC: the set from Acorn Antiques, Blankety Blank, Doctor Who and Strictly Come Dancing are some of my favourites.

But my top tip is to find the setting on Zoom called ‘touch up my appearance’, which gives a wonderful airbrushed look - smoothing wrinkles and evens out skin tone - and is worth the subscription fee alone.

I’ll have to end here as I’m expecting a Zoom call from my editor. Now where did I put my reflexology diploma and copy of War and Peace?