Audhild - A Hall of Mirrors Story 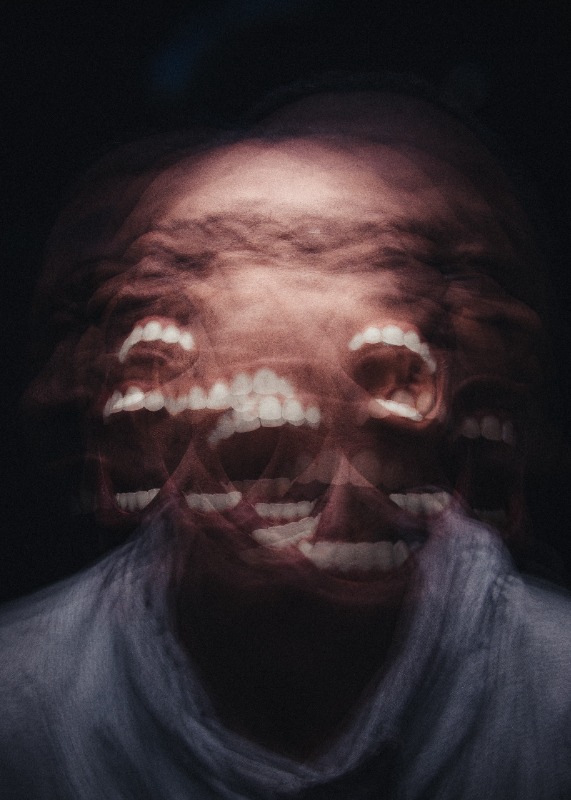 Photo by Nsey Benajah on Unsplash
The subjective cynosure through which we perceive our idiosyncratic interpretation of reality, invariably also defines that which makes us anxious. That which catalyses one person’s sense of existential angst may not necessarily affect another at all. Push this Jungian psychological proposition to its breaking point, and we enter the Lovecraftian shadowlands of the sociopath, and the even more morally unmoored realm of the psychopath.

Once compassion’s bridge between the ‘prose and the poetry’ has been destroyed, both exist in isolation. Between them sits the imponderable nothingness of the abyss. Few ever consciously stare into that infernal chasm, for if they do, they too will echo Kurtz… “The Horror, the horror !”. Yet, unexamined, the abyss expands, and its gravitational pull becomes an ineluctable magnet attracting all that is repulsive, a vacuum swallowing the polluted air around it.

Margaret Schlegel had preached, “Only connect! That was her whole sermon. Only connect the prose and the passion, and both will be exalted, and human love will be seen at its height. Live in fragments no longer. Only connect, and the beast and the monk, robbed of the isolation that is life to either, will die”.

Her husband’s hypocrisy, flowing like glistening sewage water from his callous, under-educated heart, would indirectly see Leonard Bast die as a result of his tragically naïve, diseased one. The blow came from another’s sword, yet countless others had been complicit in his unlamented, quotidian death by attrition.

She ended the call with the same abrupt sterility with which she had answered it. As Senior Vice-President for Cargo, Audhild’s schedule was a relentless barrage of calls, meetings and endless internal report validations. After ten years with Det Norske Veritas, her recondite expertise was only matched by that of her deferential boss. Other ship classification organisations regularly attempted to poach her from her golden nest, however their flattering offers invariably faltered on the rocks of her greed.

Failing to comply with her own avaricious demands, Audhild enjoyed detailing such overtures to her equally conscienceless colleagues, thereby ensuring her own organisation remained desperate to retain her services. Audhild was a cash cow, her signature the difference between commercial success, and a project being sunk without trace but with catastrophic loss.

She leafed through the voluminous report, its pages diagrammatical cyphers no less demonic in intent than those beloved by Aleister Crowley. Her interpretation of technical data, fiscal schematics and numerical analysis no less devoutly observed than a satanic incantation, chanted in the hope of raising Lucifer himself. Audhild sought not the devil, but her true master, rapacious self-advantage and its sick sibling, profit.

Within the report’s glossy pages sat innumerable opportunities for her to destroy the fortunes of those irresponsible enough not to have bought her blessing. Those who paid the price for her official sign off would prosper. Those who did not would drown in a raging sea of litigation and debilitating debt.

The coffee was bitter, its heat reminding her that pleasure often required patience unless one’s fetishes ran to masochism. She would let the report sit on her desk for another day or two, knowing that her intended victims would be agonising over her findings. Those with the most to lose were always the one’s least able to withstand delay. She’d simply let crippling interim interest charges and creeping actuarial doubt bring her prey’s throats to her fangs. The Faustian price for their willing sacrifice would be her concealed knowledge of the act, only lasting for as long as they honoured their God. Once bitten, eternally bled.

Jonnasson had only narrowly failed to expose her. He’d confronted her with the audit trail and grown rashly bold. Indignation did not rage within his soul - priapic desire did. By putting Audhild over a barrel, he’d unwisely thought his leg would follow. His unrequited lust drenched his judgement in a vast ocean of desire. Longing to bed Audhild, like the majority of the senior leadership team, Jonnasson craved her because he could not hope to have her. His lust fed on his despair, growing ever more savage and untameable.

As they drank their wine, Oslo shimmered against the obsidian sky and Audhild lowered the blinds. It had been a hard day and now Jonasson was having an even harder moment. She sat down on the regency chaise longue, letting her left-hand fall softly between her slender legs as her eyes hypnotised the human mongoose before her.

Jonasson’s calculations would finally add up. Four day’s later his mutilated body was found in the boot of his car, his tongue cut out and nail-gunned to his forehead. He’d received head, and now the police had delivered his own to the morgue. His silence the final offering he would ever place upon her altar.

Audhild picked up the report and made a call. Deal done. One firm would be decimated, its employees destined to be leaving their plush offices accompanied by a security guard and a cardboard box. Careers ended. Extravagant lifestyles predicated upon sybaritic pleasures soon to rot down to debt-ridden mulch in redundancy’s compost bin. A few stragglers might cling to the flotsam and be saved by passing ships. Many would drown, including her brother’s son, whom she had advised to join what once had been a buoyant concern. Audhild could not have known the firm valued integrity over survival.

The funds had cleared earlier that morning. Enough to cover a private jet and suite at the Savoy. They would expense a grossly profligate weekend of shopping, fine dining and exquisitely febrile opera. She’d bought a ticket for Leon McCawley’s performance of Haydn’s Minor Key Sonata, followed by her personal favourite, Mozart’s touchingly personal Rondo. The Viennese Classical and early Romantic tradition had been the catalyst for her purchase of Casper Freidrich’s, ‘The Wanderer’. McCawley’s piano would cleanse her soul, sluicing it like the Alpheus’s waters running through the fetid Augean stables.

The oligarchs she worked for were well aware of her nation’s neutral past. Her role as pliant quisling supporting their agenda, a costly but necessary investment. She’d continue to be a valuable tool of malversation, if she remained unconnected with corruption’s bloody entrails. They had cleared up the last mess, accepting her argument that she’d been fucked so they would not be. As responsible employers, they had empathised with her plight and shown uncharacteristic compassion. Her monthly retainer also generously reflected their embedded gratitude.

Audhild showered and let the powerful jets assailing her from all four sides of the wet room warm her cold reptilian body. Dressing slowly as she listened to Grieg’s Allegro Molto Moderato, she called her driver and collected her handbag and VIP pass. She loosely laced her delicate neck with a Versace Borrocco print scarf and entered the penthouse’s alarm sequence. Ignoring the repeated calls from her brother, she stepped into the private elevator and Dante-like, descended into the bowels of the underground car park.

With a glass of Domaine d’Auvenay Criots-Batard, its slim stem cradled by manicured fingers, Audhild would enjoy the exclusive private viewing gifted to her by the Munch Museum. She opened the heavily embossed programme and scanned its pages for the words she was seeking….

An entry in Munch’s diary, dated 22 January 1892, recorded the inspiration for ‘The Scream’: “I was walking along the road with two friends – the sun went down – I felt a gust of melancholy – suddenly the sky turned a bloody red. I stopped, leaned against the railing, tired to death – as the flaming skies hung like blood and sword over the blue-black fjord and the city – my friends went on – I stood there trembling with anxiety – and I felt a vast infinite scream through nature”.

Audhild approached the three conspicuously guarded iterations of ‘The Scream’ on display, ‘The Frieze of Life’ being one of her most adored works. A dry-rot slow smile crept upon her serpentine lips. The androgynous figure before her was the true spectator. Sipping her wine, she savoured the unhinged response she had knowingly catalysed.
Also by Paul Spalding-Mulcock...
Expecto Resurrectionem Mortuorum:The Gift - Book 1, Eleanor, by R. A. WilliamsLittle Liar Boy - A Hall Of Mirrors StoryThe Devil's In The Detail: Johannes Cabal The Necromancer by Jonathan L. HowardAn Audience With The Devil - A Hall Of Mirrors StoryThe Dressing-Up Box - A Hall Of Mirrors Story
Next Episode