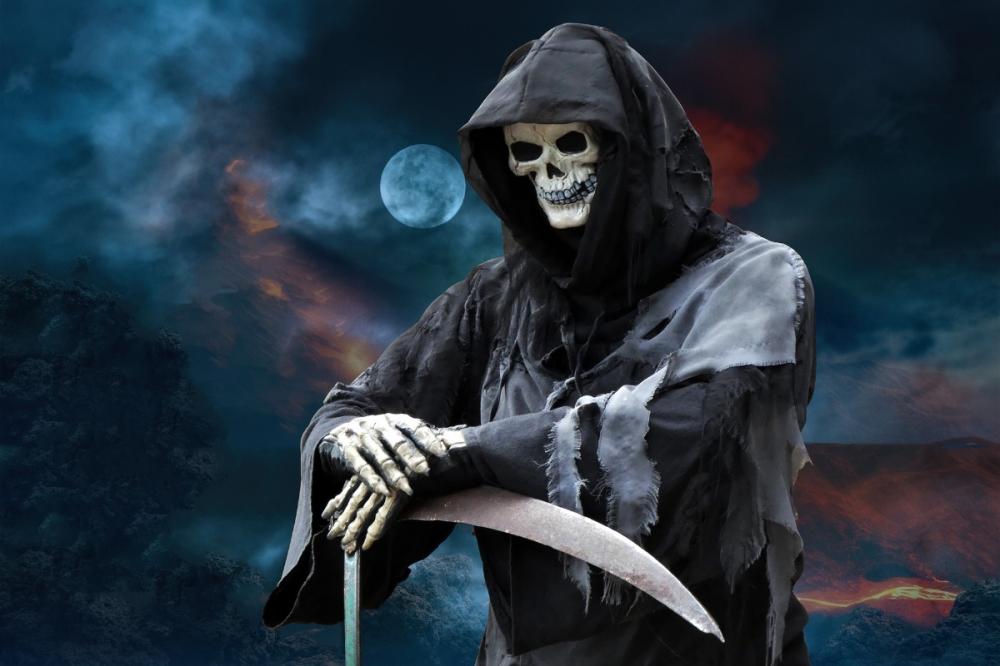 Received a tsunami of rejections today. Eviscerating scorn poured savagely upon my piece, disembowelling both it, and my ever more fragile confidence. Though my creative flames yearn to burn brightly, the hearth now drips with the gelid torrents cruelly bucketed upon its brave flickers. Will take to my bed, despondent, desolate and bereft of hope.

Attached, a printout of the story so unkindly pilloried by those who judge my work all too harshly. Tears will stain my pillow tonight …tomorrow they will be dry smears reminding me that all great artists must suffer in pursuit of their cherished hopes. My day will come …this story represents the pinnacle, the zenith of my creative azimuth. Parnassian prose perversely denounced as bilge. Good night cruel world.

His fake, bushy beard slipped momentarily revealing the distinctive scar given to him, and Interpol, five years ago. Apaletti’s knife had cut as deep as debt robbing his once handsome visage of its Adonis-like beauty. Stubble lined its jagged edge like a seagull gliding upon a gust of wind as it trailed a fishing trawler. Hitching up the apparatus disguising his nefarious intent, Emanuel Gloxk limped towards his target, careful to drag his left leg. Details were all in his line of work.

The girl was occupied like a lavatory, sipping her latte with the nonchalance of youth. He almost felt a tingle of pity wind its way down his deformed spine. The Russian gang lords had not heard what they needed, but they had reduced his six foot two frame to four feet three. Torturing a man like Gloxk was a Sisyphean task. Each morning he woke diminished and gave his interlocutors even less to work with. His injuries would forever plague him, like the memory of his first bumbled kill.

If he was to be successful, he’d have to be quicker than one of his own orgasms. Gloxk took in his surroundings noticing every detail like a mother-in-law inspecting her son’s first marital home. To his hawk-like eye, his left being made of glass, the scene offered no guarantee of success. He grunted, remembering the last assignment and its challenges. He’d overpowered the miniature Yorkshire terrier and had he remembered his gun, the mark would have died from at least one bullet amongst the misses.

The memory stoked the fires of his confidence like paraffin soaked firelighters a damp BBQ. In his unforgiving world the assassin who lived survived to murder another day. At seventy-four he’d made two kills and was revered by those who plied his gruesome trade. Gloxc was a master. Bait the trap and pounce like a worm devouring humus.

His cat-like instincts kicked in and he dismissed the need for a litter tray. He had shit to do, and the mark was about to be professionally flushed down the bog of oblivion with no faulty cistern to save her.

Moving with fluid grace reminiscent of a shark cutting through blancmange, Gloxs honed in on his unsuspecting quarry. Stealth was his modus operando. The stairs would be tricky given his bent back, overly long trench coat and balance issues. They’d done a number on him in Beirut, bursting both his ear drums before spinning him around the cell like a Kenwood whisk attacking a baking mix. Even now, Gloxk could not abide cake, or those who made it. Solid food had been an issue since Istanbul, but cake would not be missed.

Glocks had her where he wanted her. A seal over a whole in the ice. The advantage with him, save for the two youths helping him to his feet after his tumble down the steps. It would take more than a misplaced footstep to prevent her death. Hours of You Tube clips took over his body like an autonomic impulse …steady the gun, finger on the trigger and cock. Sucker punches were his trademark.

She’d be dead before she realised that he represented her nefarious nemesis. A head shot would see her slide down her chair and bleed out long before suspicion came his way. He was like an unpleasant smell emitted in an elevator …silent but deadly, and necessarily anonymous.

Gloxs felt a wave of adrenalin pump through his furred arteries, the thrill of the moment never ceased to wane. Its tentacles wrapped themselves around his cold heart like a gelid hand squeezing a frozen testicle on a bitter winter’s day. He pictured mighty Zeus preparing to unleash a lightening bolt and knew one day, he too wood join the gods on Mount Olympus, welcome to their glorious echelons with awed respect.

The mark tossed a pound coin his way and skipped away like a lamb gambolling in a freshly cut field. Her form was soon lost in the swirling masses, and he knew she’d secured a stay of execution by the very finest of margins. Gloxc holstered his trusty weapon, the economy boxer’s failing to do their job, much like him. Gun safely dropped back into his coat pocket, Gloxc reflected upon the frustrations of his profession and regretted leaving the chicken factory in pursuit of wealth, if not fame.

As he rode the piss-pooled bus home, Gloxc anxiously feared reporting the failure to his handler. If there was one man he feared, it was Dick. Head the conversation off at the pass and send him an email. The strategy had worked before and would probably work again, unlike him. Gloxc rubbed his eye, causing the glass orb to roll down the bus before disappearing underneath one of the seats. His day really had been shit. Face facts, he thought, maybe I’m not cut out for this. He dismissed the thought quicker than a dogger at the sound of a siren.

Gloxc poured himself a stiff scotch and drank his tea. He’d been a t-totaller for a decade, but old habits were hard to break. The moon shone through his apartment window like a dolphin’s eye peering out of the jet-black sky, fixing him with its omniscient stair. That same moon would be shining upon the mark tonight and the thought caused Gloxc to reach for another cream egg.

Consolation takes many forms and, in his game, bitter reality always needed the counterbalance of sweetness. The multi-buy mars bar bag would be his sanctuary, and from within its calorific walls he would arise like a phoenix. He slid over to the TV set and flicked the knob. Cheese toasty for one and then bed. Though the ghoulish nightmares awaited him like mischievous goblins behind a garden shed, Gloks knew that he would one day rest in peace … God, the only assassin who never missed.