An update on progress with £1 billion plans to dual the remaining sections of the vital A66 trans-Pennine route between the M6 in Cumbria and A1(M) in North Yorkshire has been published today (Monday 16 November).

The Highways England update includes new videos, brochures and access to web chats – on its project webpage at www.highwaysengland.co.uk/A66-NTP

The new project brochure has been published alongside a new ‘What’s next?’ video setting out next steps for the project before the public consultation. Anyone who is unable to go online to get the latest information is being advised to contact the project team on 0333 090 1192.


As part of today’s update the A66 project team has produced a new video providing a What’s Next report (above) and a second video (below) explaining the steps Highways England has to follow in terms of planning, designing and securing permission before any construction can start
In the biggest ever investment in a single road project in the north, all remaining single carriageway sections - totalling 18 miles - of the A66 between Penrith and Scotch Corner will be dualled. The project will transform cross-country journeys, supporting Northern Powerhouse aspirations for better, less-congested connections and economic prosperity and sustainability.

“Now is a great time for residents to find out more about what work has been taking place over the last few months, and what’s coming next. We know local people are keen to understand the junction designs and layouts better and find out how they can access and travel along the A66. This comprehensive project update delivers on that.”


Highways England's senior project manager Matt Townsend pictured alongside the A66 last year
Designers, surveyors, environmental specialists and engineers are continuing to refine the proposals for a full public consultation next spring. A video setting out the statutory planning process Highways England must follow before any construction work can begin – hopefully by 2025 - has also been published.

Today’s ‘progress report’ has been welcomed by Peter Molyneux, Major Roads Director at Transport for the North.

“The A66 Trans-Pennine route is known for being an unreliable and busy road, and not fit for the high levels of freight traffic that use it, so these upgrades are absolutely essential to improve connectivity and the experience of the people using this route.

“When complete, the full dualling of the A66 will have significant benefits for all road users, and that’s not only motorists and freight vehicles – an important element of the project will also enhance safety for pedestrians, cyclists and horse riders.

“People, businesses, the tourism sector and the wider economy will all reap the rewards of improved access, safety and reliability once this strategic road is brought up to modern standards.” 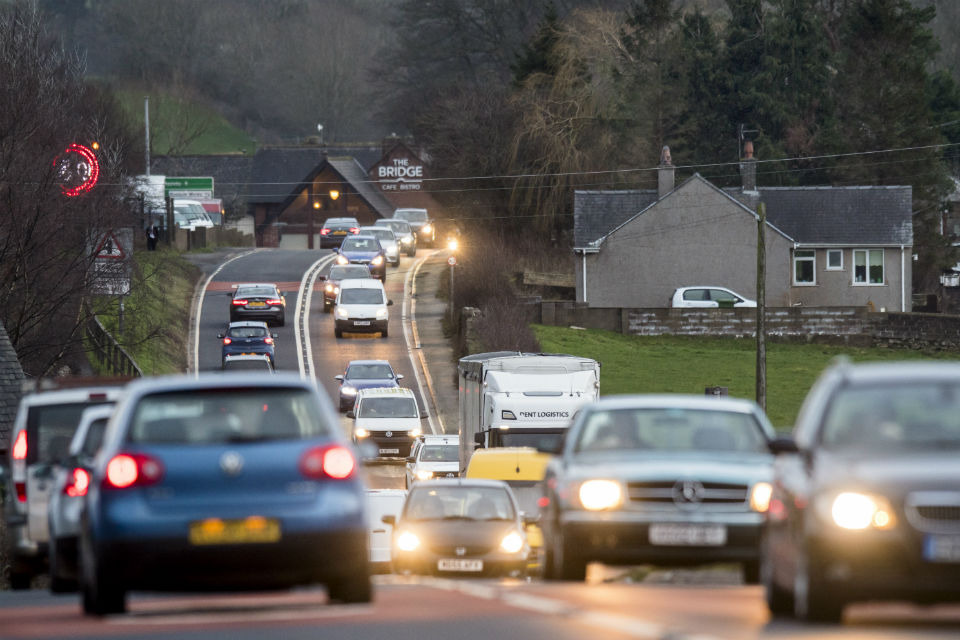 Dualling all the remaining single carriageway sections of the route will tackle congestion - providing quicker, safer and more reliable journeys for all road users and boosting the economy of the North
The A66 across the Pennines is one of the most important cross-country trade routes anywhere in the UK but is also important to tourism in Cumbria and Tees Valley. Plans to dual the remaining 18 miles of the 50-mile road were unveiled in May. The transformation includes new bypasses, dualling alongside existing sections of road and major junction improvements.

As well as benefiting local people, the upgrade will support tourism and freight traffic, improving connections between ports in Scotland and Northern Ireland and those in England at Hull and Felixstowe. Pedestrians, cyclists and horse riders will also benefit from safer, better-connected facilities.

Highways England is also delivering some unrelated work along the A66 in North Yorkshire this month with resurfacing work and stud installation taking place until Wednesday 2 December between Browson Bank and West Layton. Drainage repairs will also be taking place nearby between Rokeby Park and Thorpe Grange for up to four nights from Monday 23 November. The road will remain open at all times but with some daytime and overnight lane closures in place managed by temporary traffic lights and a temporary speed reduction.