A Greater Obedience To Authority: From Richard Condon To Stanley Milgram

First Edition
Richard Condon’s The Manchurian Candidate (1959), in conjunction with Stanley Milgram’s social science experiment Obedience to Authority (1974), has made interesting reading during our present period of lockdown.

What with the plethora of new guidelines and moratoria we seem to face with every passing day, some prominent figures have likened our predicament to a mass-Milgram experiment. Not that I wish to peddle conspiracy theories – of which I am deeply sceptical, have little patience for and certainly don’t intend to entertain here! However, some more general, interesting and less incendiary parallels are to be made. Besides, the destruction of telecommunications transmitters by fanatics labouring under the misapprehension that radio waves could somehow be mass-spreaders of Covid-19, would at least have the ironic and ultimately satisfying outcome of taking their representatives off-air!

The Manchurian Candidate is one of the seminal fictions of the Cold War era, playing upon the anti-communist paranoia and McCarthyist blacklisting of the period: “[W]e are at war… [I]t will get worse ... until every man and woman and child will have to stand up and be counted”. To this end, the Soviets are stereotypically depicted as bloated, toad-like caricatures, both in the book and its stellar 1962 adaptation for film (not to be confused with the superfluous remake of 2004). Filmic peers of notable standing include the satire, Dr Strangelove and its more strait-laced sibling, Fail Safe. But whereas these contemporaries, and others like it, depicted an external peril, typically in the form of a 50-megaton bomb, The Manchurian Candidate instead explored the possibility of a threat being mounted, Trojan horse-style, from within, by means of a sleeper agent.

An army sergeant, one Raymond Shaw, returns from active duty in Manchuria, where it is reported he has been victorious in a mission and saved a number of his fellow combatants’ lives. On his return, he is awarded the much-heralded Medal of Honor for bravery. But all is not what it seems.

In actuality, Raymond was captured in Manchuria and brainwashed by one Dr Yen Lo – famed for having devised a “radical technology for descent into the unconscious mind”. Lo and his ancillary staff, we learn, selected Raymond for his aptitude as a sniper, their intention being to plant him in the US as an assassin. Their “candidate” is to remain dormant until activated by his “American operator” – none other than Raymond’s manipulative, power-mad mother, Eleanor, who plans to eliminate the next presidential hopeful and supplant him with her shambling puppet husband, Senator John Iselin.


Richard Condon
In short, the Medal of Honor award is a ruse – part of an elaborate fabrication to conceal the fact that Raymond, the decorated war hero, is in fact a killer-in-waiting.

Raymond’s team and commanding officer, Benny Marco have been similarly brainwashed to support and perpetuate the smokescreen surrounding him. When questioned, they describe him as “the greatest, warmest, most wonderful single guy they had ever met”, despite each of them knowing this to be an outright lie. For, as Frank Sinatra explains masterfully in the silver screen classic, “It isn’t as if Raymond’s hard to like. He’s impossible to like!”.

Stanley Milgram was an American social psychologist, renowned for his obedience experiments, conducted at Yale University in the 1960s. Participants were drafted from a cross-section of society and were instructed to administer electrical shocks of increasing intensity to a restrained “victim” each time he gave an incorrect answer to a series of word pair tests. The set-up was a hoax, however. No shocks were discharged, and the victim was an actor. The participants were led to understand that the victim was the subject of a test of memory; in reality, it was they themselves who were the subjects, the purpose being to see to what extent they would be prepared to cause discomfort to a fellow human being before disobeying. Or in Milgram’s own words: “the stud[y was] principally concerned with the ordinary and routine destruction carried out by everyday people following orders ... The aim ... was to find when and how people would defy authority in the face of a clear moral imperative”. The shocking discovery (no pun intended), despite presuppositions to the contrary, was just how many participants were prepared to proceed to the highest shock level.

Raymond’s “obedience to authority”, to cite Milgram’s study, is absolute and unconditional, having been secured through brainwashing to the point where his susceptibility to command is second nature, automatic and unquestioning.

Milgram states that “[o]f all moral principles, the one that comes closest to being universally accepted is ... one should not inflict suffering on a helpless person who is neither harmful nor threatening to oneself”. This reads rather like one of Asimov’s laws of robotics, but, in the case of Manchurian Candidate, is highly appropriate, for brainwashed Raymond is very much like a remote-controlled robot, divested of free will and working to an entirely new set of moral parameters.

Raymond’s operator employs a code phrase: “Why don’t you pass the time by playing a little solitaire?”, which activates the first stage of his psychological conditioning. He then proceeds to deal out a deck of cards. On up-turning the Queen of Diamonds – emblematic of his domineering mother – Raymond is then placed into an extreme version of what Milgram terms the “agentic state” or “condition a person is in when he sees himself as an agent carrying out another person’s wishes”. 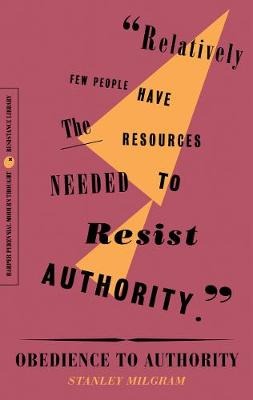 This is ultimately how Raymond is able to overcome the most salient of the moral imperatives underscored by Milgram: “The person who, with inner convictions, loathes stealing, killing and assault may find himself performing these acts with relative ease when commanded by authority”. In short, once triggered, Raymond is able to commit acts that would otherwise be contrary to his conscience and inner values.

Indeed, back in Manchuria we see him strangle one of his fellow infantrymen, Ed Mavole, and shoot another, Bobby Lembeck, when ordered to do so; in America, we see him kill the three people closest to him: his newspaper manager, his father-in-law, even his newlywed wife Josie as they begin to pose a threat to Iselin’s presidential candidacy.

In these instances, Raymond is powerless to stop himself. Furthermore, such is the nature of his synaptic reprogramming, at no point is he aware he is acting under orders, retains no memory of his actions and instead reverts back to his antecedent state on completion of his missions. For the communists, this renders him the ideal hitman: “If a normally conditioned Anglo-Saxon could be taught to kill … then to have no memory of having killed … he could feel no guilt, he could not fall into the trap of betraying fear of being caught”. Though a personal friend, working in the field of psychology, has assured me in no uncertain terms that such an enterprise would be impossible, it nevertheless makes for great fiction!

It seems, during this period of lockdown, we have never been more at the mercy of online fraudsters. With infuriating frequency we receive e-mails, supposedly from a source of pervasive bearing upon our lives – be it a bank, broadband provider, HMRC or an insurance company – advising us we have been the victim of a cyber-attack, and inviting us to click a spurious link in order to remedy the situation. That is, until you discover the sender’s e-mail address is about as legitimate as one of Charles II’s male heirs! Yet, for a second, some of us may find ourselves compelled to click said links. This is because we have in fact been issued an imperative from a purported source of authority.

As Milgram states, “It is the appearance of authority and not actual authority to which the subject responds”. In the case of the above, we are being deceived by corporate art and content which effectively mimics that of e-mails from legitimate providers. The same thought-and-response process applies with regard to epaulets and uniforms, for as Milgram elucidates: “external accoutrements ... signify the authority in a given situation”. For example, recently I granted someone access to my property to temporarily disconnect my gas supply, simply because he was wearing a hi-vis tabard! Similarly, to a more harmful degree in the US, certain individuals have recently imbibed disinfectant simply because the directive has been issued from the office of president, with its plenitude of banners, placards and seals. 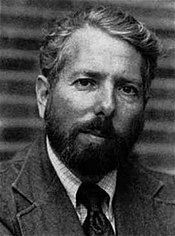 Stanley Milgram
Milgram claims that,“[s]ome system of authority is a requirement of all communal living, and it is only the man dwelling in isolation who is not forced to respond”. This perhaps flags one of the paradoxes of lockdown, with so many of us now actually living in relative seclusion; and it may go some way to explaining why some may feel resistant, however wisely or unwisely, to the dicta of Number 10. I should clarify, here, that I am in no way a Covid sceptic and have adhered as diligently as possible to the guidelines set down! That said, we have seen many instances of deviation not only from the general populace but also from numerous of the rule-setters themselves, leading to both an undermining of governmental authority and a degree of disobedience to it.

Milgram also tells us that authority may be undermined “when different authorities simultaneously call for opposing lines of action”. In such instances, “a person’s own values will [then] prevail and determine which authority he follows”. This is how The Manchurian Candidate ultimately concludes. When Benny Marco discovers the means by which to crack Raymond’s conditioning, steps in as competing authority figure and attempts to issue Raymond a series of counter commands, with mixed results, it is Raymond himself who finally takes affirmative action, abrogating his former programming and assassinating not the presidential nominee, as first instructed, but his conspiring mother and stepfather, the true villains of the piece.

The Manchurian Candidate is published by Arrow Books.

Obedience to Authority is published by Harper & Row.


Also by James Goodall...
“Love All, Trust A Few, Do Wrong To None”: Leave The World Behind By Rumaan AlamQ & A With Susannah Wise, Author Of This Fragile Earth“Where Men Can’t Live, Gods Fare No Better”: This Fragile Earth By Susannah Wise'Numbers Rule The Universe': Q By Christina DalcherAn Interview With Heather Child: Author Of Everything About You And The Undoing Of Arlo Knott