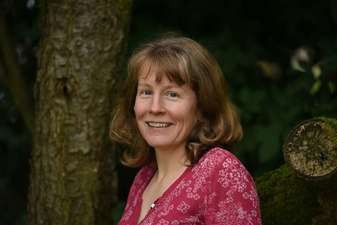 Julia Chapman
Julia Chapman is the pseudonym of Julia Stagg, who has had five novels - the Fogas Chronicles, set in the French Pyrenees - published by Hodder. She is also the author of the ongoing Dales Detective series of books which describe the adventures of Samson O'Brien and Delilah Metcalfe as they solve cases in the Yorkshire Dales.

Born with a relentless wanderlust, Julia has followed her restless feet to Japan, Australia, the USA and France. With a kaleidoscopic curiosity for employment, she has worked, variously, as a teacher of English as a Foreign Language, in bookselling, pawnbroking, waitressing, and was once 'checkout-chick of the month' at a supermarket in South Australia. More recently, she ran an auberge in the French Pyrenees for six years with her husband.

Having spent many years travelling, she is now glad to call the Yorkshire Dales home, its distinctive landscape and way of life providing the setting and inspiration for her Dales Detective books, the most recent of which is Date with Danger. We recently caught up with Julia to learn more about her life, influences and motivations:


What was the first book that really inspired you?

I always find these type of questions hard to answer – I devoured books as a kid, so it feels disloyal to pick out one in particular! But I guess if pushed, Stig of the Dump by Clive King is one of the few that I read more than once. I still think of Stig’s home whenever I use tin cans! To be able to write something that stays with the reader for decades is certainly something to aspire to.

When did you first realise you wanted to be a writer?

I knew when I was a child that it was something I would love to do. But coming from a background where the world of publishing was far removed from my daily experience, it never seemed attainable. 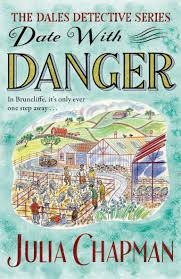 How did you know it could be more than just an ambition?

Ha! Ask any published author and they’ll tell you that it never feels more than just an ambition! We’re the lucky ones who have books in print and are able to make a living from it. But it still feels like a precarious existence, even with ten published books under my belt.

What is the best book you have ever read?

Oooh – I can’t answer that. I’ve read so many that have left me silent in wonder. Others that have burned for weeks inside me. I just can’t choose one!

What would you say is your interesting writing quirk?

Writing quirk? Hmmm… I’m pretty straightforward when it comes to my writing. Except perhaps that I do a lot of my plotting when I’m running on the fells. Not so sure it’s a quirk so much as a masochistic tendency! But it works. When I’m alone up there, simply putting one foot in front of the other, my imagination really comes alive and I can end up doing 10k, get back home and not really remember any of it. However, I will have a lot of answers to whatever particular storyline quandaries I’ve been wrestling with.

When did you write your first book and how old were you? What happened with the book?

Two answers to this.Unofficially…in primary school my teacher informed my dad at parents’ evening that I wasn’t using my imagination to the full when it came to creative writing. My dad is a born storyteller, our childhood coloured with tales of his childhood in Ireland or his life in the US navy (long story!). So he was troubled to hear a child of his wasn’t telling stories! So he encouraged me to write. A story a week, which he would read after he came home from work and which were compiled into a stapled-together ‘book’. I’ve no idea where it is now but I credit that with kick-starting my route into writing and being unconstrained when it comes to imagination.

Officially? My first book was roundly rejected by agents and that was the catalyst for me to write L’Auberge, the first of the Fogas Chronicles. That initial attempt is still in a bottom drawer!

What do you like to do when you’re not writing?

I love riding my bike – in the Dales and also abroad. My husband and I lived in the Pyrenees for a while so I grew to enjoy riding in high mountains, despite the aching legs! I’m in a cycling club and spend Sundays riding out with friends, always with an obligatory cafe stop, of course. And since I moved to the Dales, I’ve taken up fell running. Although, seeing that I do a lot of plotting when running, I’m not sure that counts! Reading is a given, too, as it should be for all writers. 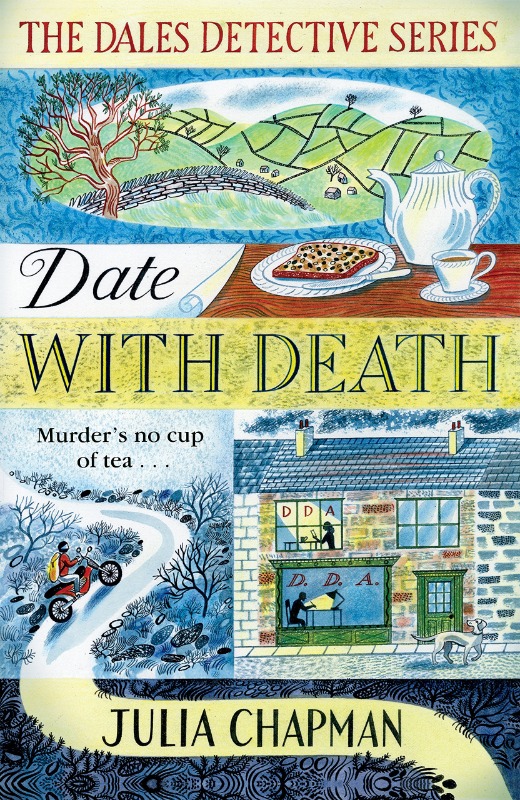 Have you ever learned anything about yourself through your writing?

Ha – that I can work to a deadline! On a more serious note, I think you learn how dedicated you are to the reality of being a published author, not so much through your writing but through the long process of publication. The dream of seeing your book on a shelf in Waterstones or your local indie only becomes realised through a lot of effort and, as an author, you have no one there cracking the whip.

Are you ever conscious of subconsciously including someone you know in your characters?

No. I get asked this question a lot and I’m not sure anyone believes me when I deny replicating real people in my books. But I don’t. I might steal a characteristic, like a mop of curly blond hair I stole from a man I once saw and gave to Christian, the hero of my Fogas Chronicles. In fact, the only ‘real’ character in any of my books was my cat, Tomate! I suppose I just find it more interesting to create the people who populate my novels. And it stops me getting sued!


Also by Steve Whitaker...
Poem Of The Week: 'Vanitas Vanitatum' By John Webster (C. 1580 - C. 1632)‘Those Things We Do Not Say’ : All The Beautiful Liars By Sylvia PetterPoem Of The Week: 'Blood And Lead' By James FentonPoem Of The Week: 'The Urine Specimen' By Ted KooserBitter Fruit Ripening: The Kilt Of Many Colours By David Bleiman
What is the greatest feedback you have received to date? And the worst?

Greatest? To be honest, I’ve had so much brilliant feedback and all of it makes me feel so humble. When someone has not only taken the time to read your book, but then also takes the time to tell you what they thought of it, it’s a real honour. Interestingly, since the coronavirus crisis started, I’ve had some amazing emails and messages, many of them telling me that my books have helped ease the stress of lockdown. When writing seemed so trivial compared to the work other people were having to do day after day, those messages kept me going.

The worst? Personally I try to take all feedback on board, whether positive or negative, taking the view that the reader felt passionate enough to air their views. But the only one I’ve ever taken exception to was when someone criticised my ability as an EFL teacher (my former profession). I’m not sure how they could come to that opinion based on reading a book! So it’s the only time I’ve ever responded and I did so in humorous rhyme!

As a child, what did you want to do when you grew up?

Be a jockey. Be a pilot. Join the army. Anything that involved travel… Being a writer seemed far more outlandish and unattainable than any of those. Hopefully kids from working class families no longer feel that way.

What for you defines a good read?

Obviously something that captures you so much that you can’t wait to pick it back up and get reading again. But also, something that when you’ve finished, leaves you hollow with loss. That moment when I close a book that has drawn me in entirely, knowing I won’t be going back to it, it’s a really unique feeling. Joy, pain, wonder, regret – it’s all of those things. To inspire that in a reader is worth more than any professional accolades or awards.


Date with Danger is published by Pan Macmillan