After Forgettable France F1 Returns To Its Brilliant Best In Austria 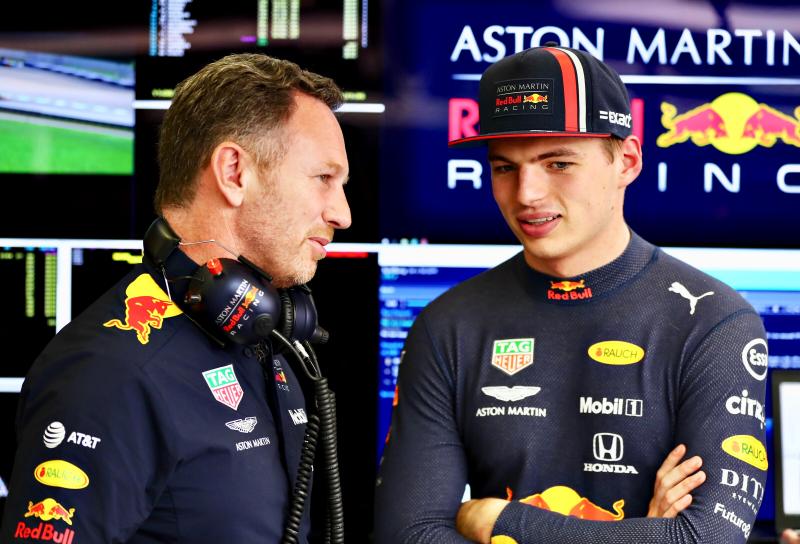 Red Bull’s Max Verstappen delighted his Team Principal Christian Horner with a brilliant victory
Less than a week after Mercedes’ total domination of the whole French Grand Prix weekend it was time at Austria’s beautiful Red Bull Ring circuit to see whether anyone could end the Brackley-based team’s winning run.

And what a Grand Prix we had. After one of the most exciting races I have ever had the privilege of reporting on it was Red Bull’s Max Verstappen who emerged on top, even if in slightly controversial circumstances.

You have to admire Mercedes’ remarkable achievements in winning every drivers and constructors title since 2014 and looking set to do the same again this year, but the only people who have really been enjoying this have been the team itself, its sponsors and its fans.

The sport has of course had periods in the past when other teams and drivers have dominated. McLaren, Williams, Ferrari and Red Bull and drivers such as Michael Schumacher and Sebastian Vettel have had their extended moments in the spotlight, but never for as long as the current Mercedes spell, which has helped Lewis Hamilton to add four further titles to his impressive CV. 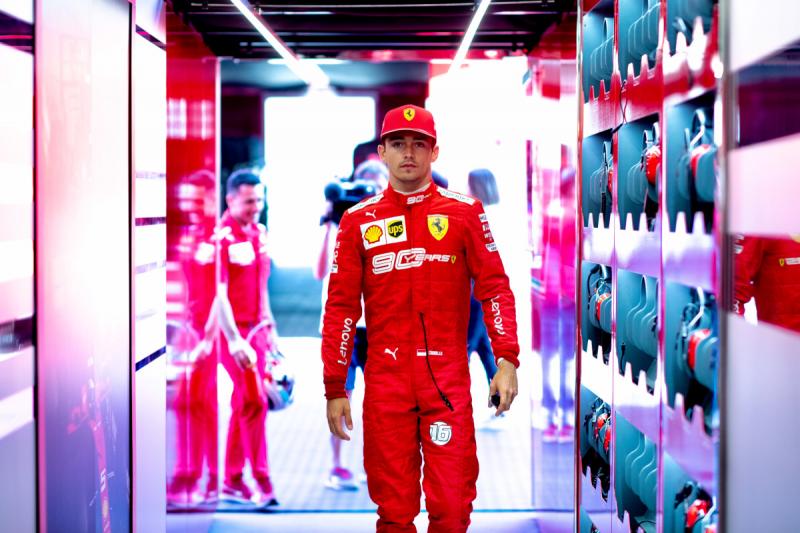 Ferrari’s rising young star Charles Leclerc was disappointed not to take his first F1 victory
Mercedes has won an incredible 82 of the 109 Grand Prix held since the hybrid turbo era began back at the start of the 2014 season. Whilst a few within the F1 world are still in denial about any need for change, most can see that the current situation has been starting to turn some fans away from the sport and that change is indeed needed, probably from the start of the 2021 season when a new, still to be finalised rules package, is due to be introduced.

Formula 1’s highly respected sporting boss Ross Brawn hit the nail on the head straight after the lacklustre French Grand Prix, commenting “We know well that F1 needs to make an important change in direction if it wants to maintain its position as one of the most followed sporting spectacles in the world” before adding “We must all understand that the sport we all love needs more competition, so that other teams can also aspire to podium finishes and it is not just a few powerful teams that dominate”. Too true, Ross.

Kimi Räikkönen won the opening Grand Prix of the 2013 season for Lotus in Australia, but ever since then, for more than six years, every single race has been won by Mercedes, Ferrari or Red Bull. A situation which cannot be healthy for any world class sporting competition and which, together with the cost, very much puts off potential new teams from wanting to join the Formula 1 grid, for now at least. 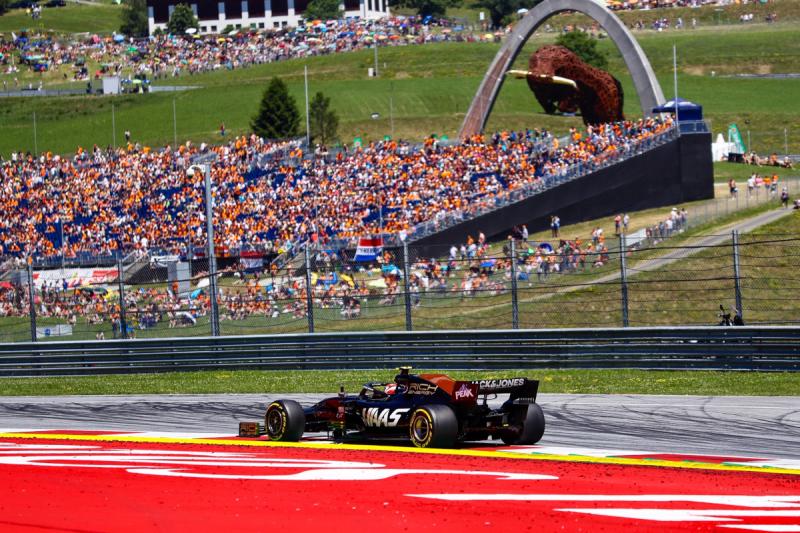 Haas’ Kevin Magnussen blasts past part of Verstappen’s vast travelling army of Dutch fans
Turning back to the on-track action in Austria, Friday’s opening free practice session had seen Lewis Hamilton top the timesheets for Mercedes, closely followed by Ferrari’s Sebastian Vettel, with the best of the rest being Valtteri Bottas’ silver bullet and Charles Leclerc’s Italian red missile from Maranello. The Red Bull pairing of Verstappen and Pierre Gasly were next up at the team’s home event.

Leclerc went fastest in Friday afternoon’s second practice period as a strong gusting wind proved challenging for the drivers, and the session was twice interrupted by red flags after Verstappen then Bottas crashed. Both drivers were uninjured, although the same could hardly be said for their cars.

The young Dutch charger lost control at the final corner and hit the barriers backwards, some colourful language over the radio reflecting his annoyance about his mistake, and soon afterwards Hamilton’s Finnish team-mate went off at Turn 6 and suffered a significant frontal impact. Vettel too subsequently went off at the final corner, but managed to come to a halt before hitting anything solid.

Leclerc again went quickest in Saturday’s final practice period, just edging out the two Mercedes cars and the other Ferrari, and come the qualifying hour the young Monegasque emerged on pole position for only the second time in his fledgling F1 career after setting a new track record.

Hamilton put his Mercedes alongside him on the front row of the grid for the following day’s race, with Verstappen and Bottas right behind them. However, the British multiple champion was given a three place grid penalty by the stewards for impeding Alfa Romeo’s Räikkönen at Turn 3 during the first part of qualifying, with the veteran Finnish driver giving him a one fingered salute in thanks. However, a five place grid penalty for Haas’ Kevin Magnussen for a new gearbox meant Hamilton would actually start fourth.


Also by Graham Read...
Flawless Russell Makes It Two Wins In A RowSainz To Ferrari, Ricciardo To Mclaren And Vettel’s FutureVettel To Leave Ferrari At Season EndRussell Holds Off Leclerc To Reign In Spain﻿Albon On Top After An Epic Battle With Leclerc
Vettel had been pretty much matching the pace of his team-mate as qualifying progressed, but his bad luck of late was to continue as a failure of an air pressure line to his Ferrari’s power unit forced him to miss the crucial final period of running which determined the top ten on the grid for the Grand Prix. As such, the German had to settle for starting down in ninth position following Magnussen’s penalty.

As Leclerc and Verstappen lined up on the grid for the start of the race the duo, both aged just 21, represented the youngest ever front row in the long history of Formula 1. Polesitter Leclerc was starting on the soft specification tyres, in contrast to Verstappen and the Mercedes pair who had chosen to start on the harder but longer lasting medium rubber.

With the sun baking down, the tension in the air before the start was truly palpable and the massed Dutch Verstappen fans were so excited and making plenty of noise as their man waited for the five red lights to go out. When they did it all went very wrong for their hero as his Red Bull’s anti-stall system kicked in and he was swamped by the cars immediately behind him.

In contrast Leclerc made a superb start and soon started to edge clear of the pursuing Bottas, Hamilton and Räikkönen, with a flying Vettel making up three places on the opening lap and two more soon afterwards.

By the ninth tour Verstappen’s recovery was well underway as he swept past Räikkönen up the hill at Turn 3 to move up to fifth position and then we were treated to a great battle between Räikkönen and McLaren’s British rookie Lando Norris - very much a case of experience (the Finn was competing in his 300th Grand Prix) versus the exuberance of youth.

Leclerc was still looking very comfortable out front as Vettel started to close in on both of the Mercedes cars, but his bad luck was to continue as his team botched his pitstop which took six seconds rather than around two. As some of the other frontrunners pitted, Hamilton led briefly before heading down the pit lane himself to change his tyres and also his front wing, which he had cracked after repeatedly running over the kerbs on the exit of the first corner.

At just under half distance all looked under control for the composed Leclerc who led from Bottas, Vettel and Verstappen and soon we were highly entertained by a brilliant scrap for third place, from which the Dutch driver emerged ahead of his German rival. 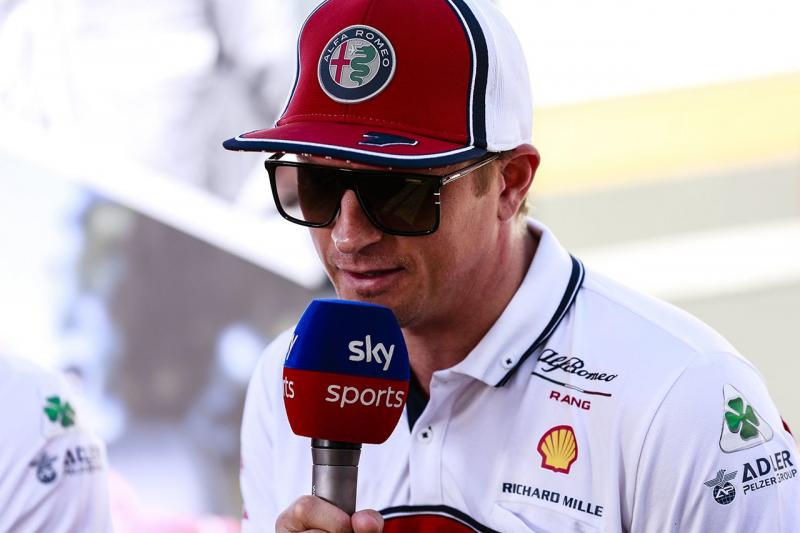 Alfa Romeo’s veteran Finnish star Kimi Räikkönen sharing his usual words of wisdom
On lap 56 Verstappen’s orange clad fans went wild as he passed Bottas at Turn 3 to move up to second position and with 15 tours remaining until the chequered flag it was game on between the still leading Leclerc and Verstappen for the victory spoils. Initially the gap was well over four seconds, but, cheered on by his increasingly excited supporters, Verstappen reduced the difference lap by lap to less than a second.

The Red Bull driver edged into the lead on lap 68, but Leclerc immediately fought back to regain the position he had held for most of the race. Then came the most crucial moment of the whole Grand Prix just one tour later as Verstappen swept up the inside of Leclerc at Turn 3 to again take the lead, but with a little bumping of wheels along the way.

The Dutch driver went on to remain clear of his Ferrari rival to the end, claiming the additional point for the fastest lap, with Bottas helping himself to the final podium position ahead of Vettel, Hamilton and Norris. It was a superbly won sixth Formula 1 victory for Verstappen, but was it to last as the stewards announced they were going to investigate the Turn 3 incident after the race?

Most in the F1 paddock seemed to agree that it was simply a case of good hard wheel-to-wheel racing, which the fans want to see, but, after the stewards’ controversial penalty for the ontrack winner Vettel in Canada only three weeks earlier, anything was possible. Verstappen commented that “you might as well stay at home rather than go racing if my pass is deemed illegal”, whereas Leclerc felt the move was unduly brusque.

Eventually at 19.46 local time, long after the stewards had interviewed both drivers, they issued a statement confirming that no further action was required and that the original race result stood. Common sense had prevailed.

Next up comes our very own British race on the current F1 calendar, at historic Silverstone where the first ever modern day championship Grand Prix was held back on 13 May 1950. The circuit and its facilities have evolved significantly since back then and there is certain to be a great atmosphere created by a massive attendance as usual, with many there of course to cheer on our British drivers. 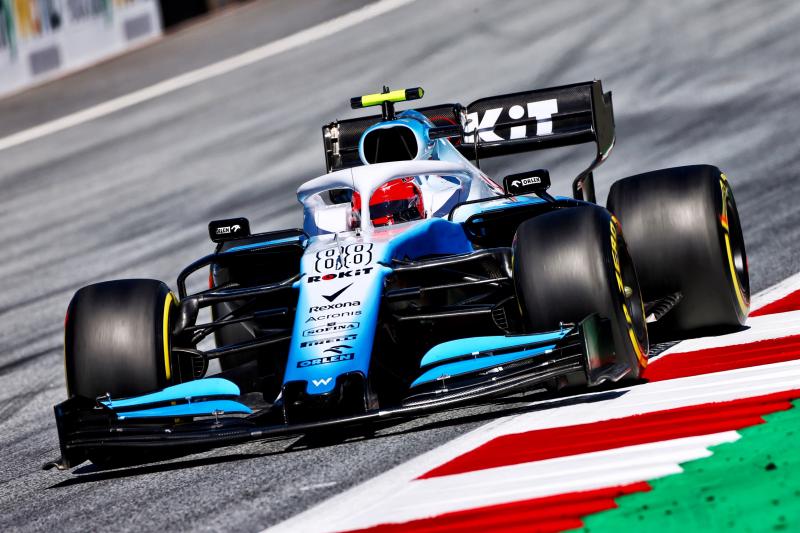 Silverstone is preparing to hold its last annual Formula 1 British Grand Prix after terminating its longer contract over fears about escalating hosting costs, but negotiations between the circuit’s owners, the British Racing Drivers Club, and F1’s owner, Liberty Media, continue about a possible new deal to secure the future of this iconic race.

The position is further complicated though by the growing possibility of a new London Grand Prix being held in the Docklands area of the capital, with discussions reaching an advanced stage. Silverstone has understandable concerns that any additional F1 race in the UK could well reduce ticket sales and revenue streams for the Northamptonshire track which is less readily accessible than urban venues such as Montreal, Monaco and London.

On top of this, a further issue is that the teams are reluctant to accept any significant increase in the number of races each year, so the future is far from clear on many fronts, but should become so before too long.