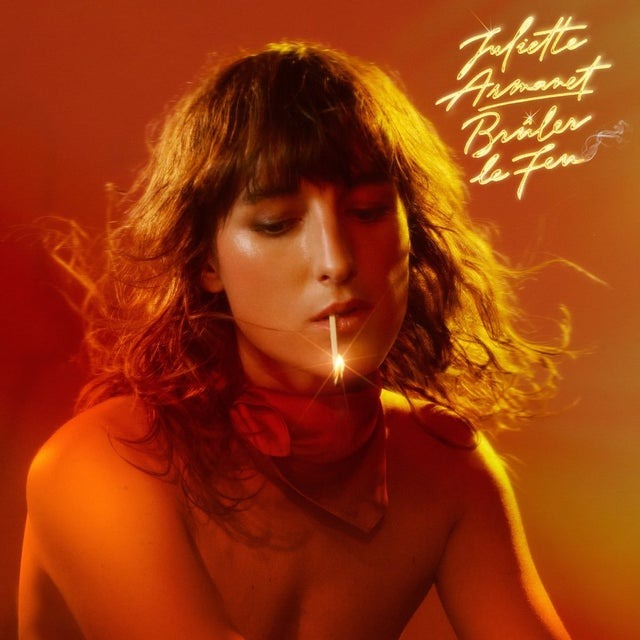 Back in 2018 Juliette Armanet made the huge jump from obscurity with her debut album, Petite Amie. With a soft, instantly recognisable vocal, Armanet's striking compositions struck a chord with the Francophone music world and her intimate material became a huge talking point. With a subtle humour running through her piano driven sound, she moved heart and soul. While many would have rush-released a sophomore album to capitalise on the commercial success, Armanet took her time and enjoyed the early stages of parenthood before returning to the studio. Now four years later, she returns with Brûler Le Feu.

Heading up the release was the infectious Le Dernier Jour du Disco. A sonic explosion that has you immediately dancing. Some may falsely accuse her of jumping on a musical trend headed up by Kylie and Jessie Ware, for while the pair have both had huge success with their pop-driven reworkings of the disco era, Armanet's sound leads off a piano-driven springboard that has closer relation to Elton John's
Victim of Love.

Le Dernier Jour du Disco is the perfect introduction for soundscape of the album itself. While it is easily the stand out single from the collection, this is a record that knows disco and delivers it with its own distinctive flair. Armanet is an artist who knows who she is, and is not afraid to make her listener move in both body and mind.

Within the walls of Brûler Le Feu, the intense beauty of Je ne pense qu'à ça will melt your heart, while you will not be able to resist swaying along to the rather lush anthem Tu Me Play. Yet it is the sweet bop Boum Boum Baby and tender Le Rouge aux Joues which join the album opening lead single, Le Dernier Jour du Disco, as the key highlights of an insanely brilliant album.
Also by Jeremy Williams-Chalmers...
Album Review; Night Call Years & YearsMeeting Norwegian Trio KEiiNO2021 Top 60 Albums 10-12021 Top 60 Albums 20-112021 Top 60 Albums 30-21