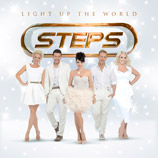 There was a time, at the end of the 90s, that manufactured cheese dominated the headier heights of the charts. Post Spice Girls 'Girl Power', fivesome Steps had a firm grip on the pop crown for a respectable four-year period (1997-2001).

With the undisputed success of their three studio albums (two of which topped the UK album charts), which resulted in two UK number-one singles and a mind-blowing 20 million record sales worlwide, Steps earned themselves a place in musical history. However, few expected the quintet, who split amid rumours of in-band fighting (with H and Claire launching an off-shoot duo immediately after announcing their departure in 2001), to ever reform.

Yet, following a string of unsuccessful solo projects, one of which saw fame hungry Lisa Scott-Lee lose the right to release solo material in the UK, Steps found themselves the subject of a Sky Living documentary 'Steps: The Reunion'. Though the series highlighted the hatred that had caused the downfall of one of Britain's most successful pop acts ever, it prompted the inevitable release of a Greatest Hits package and a money-making tour.

Having clearly realised that their bank accounts are healthier as a result of a united front, the troupe are harmoniously continuing their quest for continued fame with their long-awaited fourth studio album, the Christmas- tinged 'Light Up The World'. 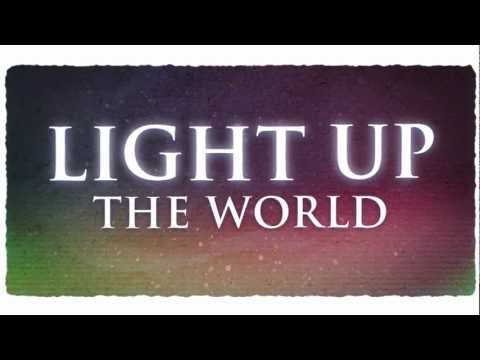 Having pre-empted the release of 'Light Up The World' by unleashing the promisingly poptastic title track as a teaser, it could be said that Steps are misleading their fanbase somewhat, for 'Light Up The World' is miles away from reliving their cheesy pop heyday. While album-opener 'History Is Made At Night' errs in the right direction, the collection veers towards a sincere edge only previously witnessed in Faye Tozer's solo outings.

Although their cover of the Randy Newman-penned, Sarah MacLachlan-sung 'When She Loved Me' really highlights the unquestionable dexterity of the three girls' vocals, it hardly fits with either the group's signature sound or the album's implicit Christmas joviality. Equally impressive as a recording, yet questionable on album suitability is a moving rendition of Dionne Warwick's 'A House Is Not A Home'.

As 'Light Up The World' draws to a close, Steps finally realise their initial goal and unveil a trio of mediocre Christmas songs. While 'Christmas (Baby Please Come Home)' and 'Please Come Home For Christmas' are truly uninspired, album closer 'Have Yourself A Merry Little Christmas' once again highlights how scintillating the group's three female vocalists can be when allowed time to shine.

Overall, 'Light Up The World' fails on many counts. It is far from a revival of the group's poptastic sound, nor does it really celebrate the joy of the Christmas season. However, what it does offer is an insight into how Steps could easily reinvent themselves in order to further revitalise their career.

While the boys, Lee and H, are truly underwhelming on the record, the trio of girls, Lisa, Claire and most notably Faye, really shine vocally. When played to the girls' strengths, the album has some truly touching yet distinctly un-Steps moments that could be the key to longevity.

'Light Up The World' will do anything but light up your Christmas season.