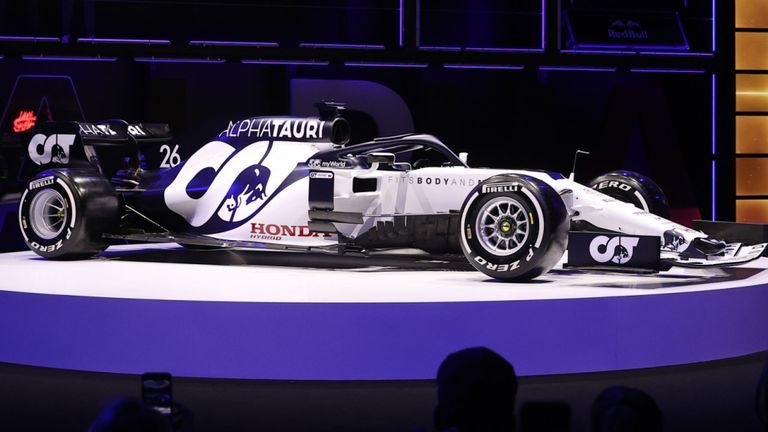 The new blue and white livery of the first AlphaTauri car
AlphaTauri, Red Bull’s clothing brand, is the new name for what was the Toro Rosso Formula 1 team upto the end of last year and the outfit has just revealed its striking 2020 challenger, the AT01, at Red Bull’s Hangar 7 facility in Salzburg, Austria. The launch also included a fashion show as some of the company’s clothing range was displayed. 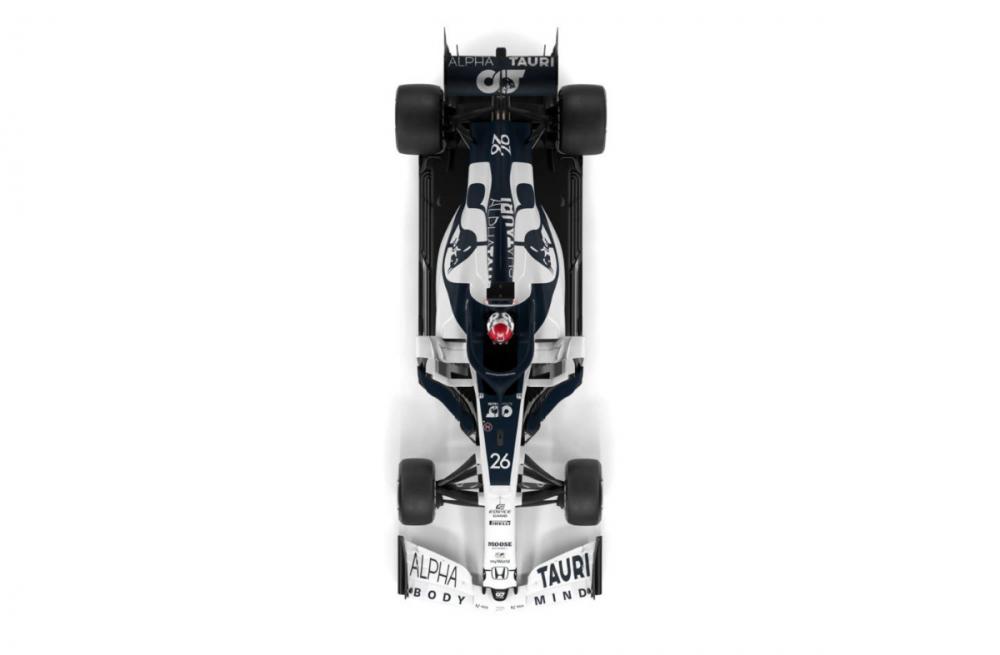 The AT01 from above
The new car has a truly eye-catching white and blue livery, with prominent use of the AlphaTauri corporate logo, and this style is also reflected in the design of the drivers’ race suits.

Wearing them this season will again be 25 year old Russian Daniil Kvyat alongside France’s Pierre Gasly, one year his junior. Gasly was demoted from the senior Red Bull team last summer before the Belgian Grand Prix, but his performances subsequently improved, with even a second place finish in Brazil. Kvyat had also finished third at the end of a truly incident strewn German Grand Prix in late July. 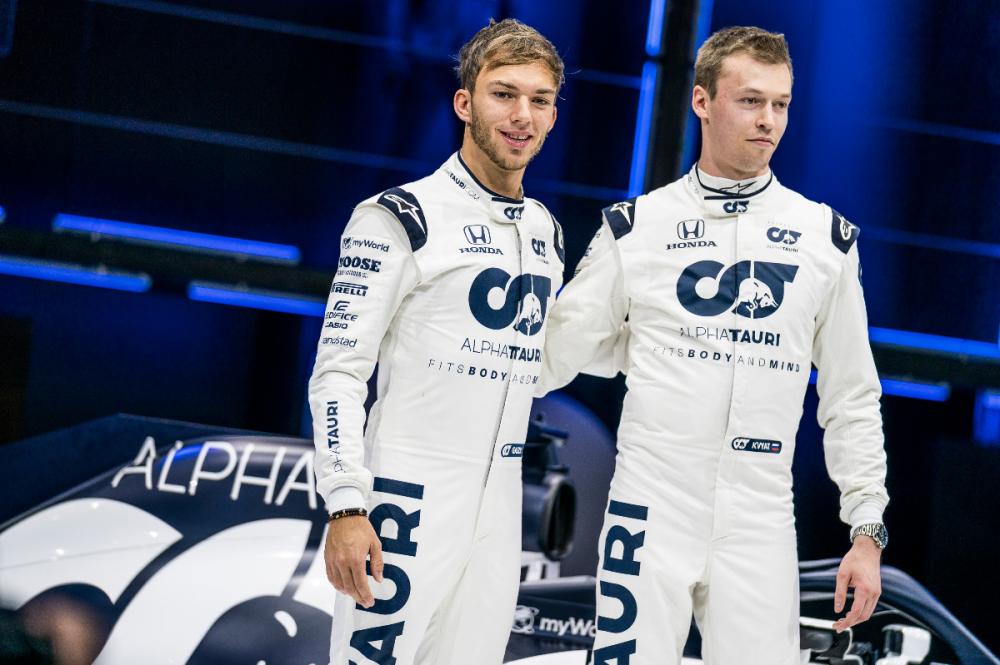 Pierre Gasly (L) and Daniil Kvyat will again be doing the driving
Toro Rosso had taken over from Minardi at the start of the 2006 season, becoming the Red Bull junior team, and the name has remained on the F1 entry lists until now. Last year the outfit finished a creditable sixth in the constructors championship, its best achievement since 2008. 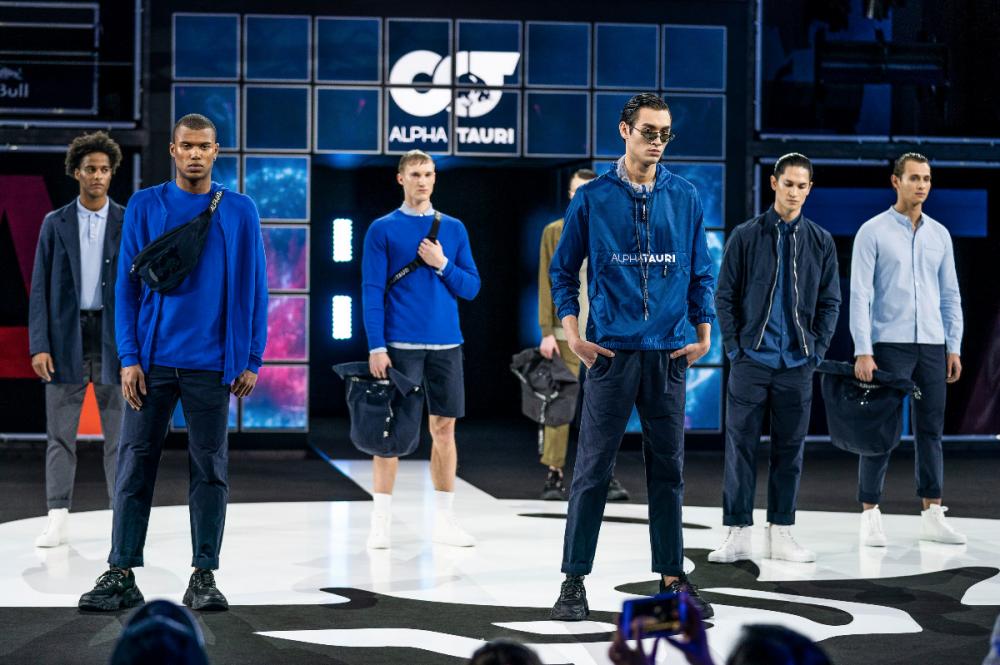 AlphaTauri sells clothes too
However, for the Austrian team principal Franz Tost his target for 2020 is clear “We must be within the first five in the constructors championship”. Gasly, who has clearly refound his self-confidence after his difficult time at Red Bull enthused “I’m feeling really excited about the new year and the team is super motivated”.


Also by Graham Read...
Inspirational Zanardi Severely Injured In Italian Cycle RaceChampion Russell Dominates Again In Canadian FinaleRacy Russell Makes It A Hat TrickFormula 1 Confirms This Season’s Opening Eight RacesFlawless Russell Makes It Two Wins In A Row
There’s an old adage in motor racing that, if the car looks well, it will go well. AlphaTauri’s new challenger certainly looks the part and we’ll see how it performs compared to its rivals when pre-season testing starts in Spain next Wednesday.