The Scuderia AlphaTauri has today become the second Formula 1 team to unveil the car in which it will compete this season. Images of the AT02 were revealed online, whilst its new livery was also displayed on a previous chassis as part of a fashion and F1 display at the new showroom for the Red Bull owned AlphaTauri clothing brand in Salzburg, Austria. 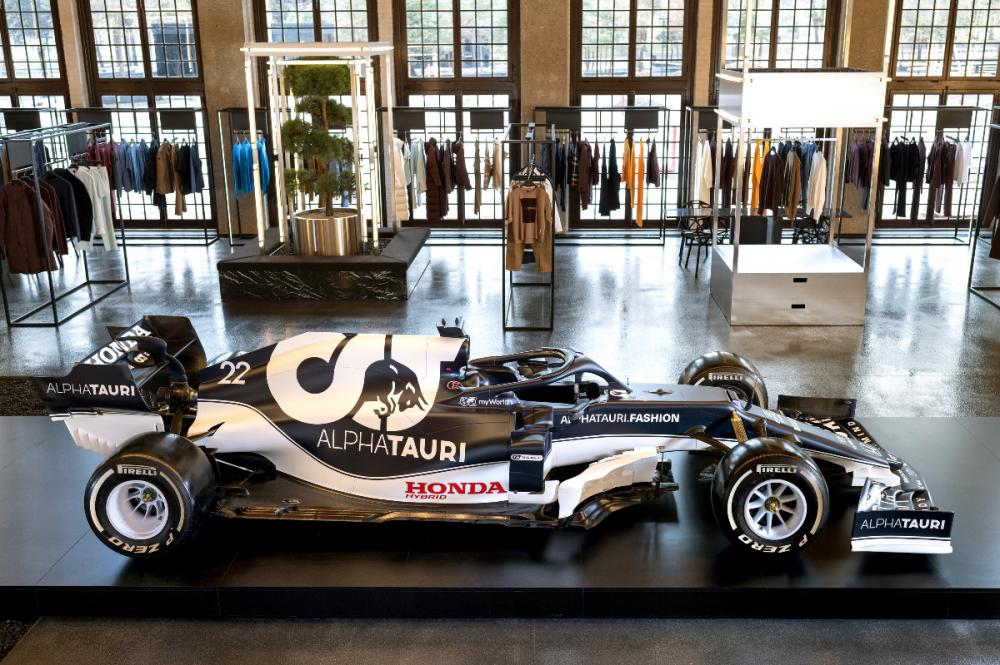 The AT02’s 2021 livery was revealed in the AlphaTauri clothing showroom in Salzburg
Also by Graham Read...
The Pandemic Forces Further F1 Calendar ChangesA 100th Pole And A Sixth Spanish Victory For HamiltonHamilton Extends His Championship Lead In Portugal﻿F1 Approves Sprint Races At Three 2021 Grands PrixDoncaster’s Ewen Sergison Claims A Podium Finish In Monaco
The team is based at Faenza in northern Italy and is the sister operation to the UK based Red Bull outfit. Its latest offering is very much a revised version of last year’s, as will be the case with every car on the grid this year, but there has been a focus on improving the car’s aerodynamic performance in many areas as well as adhering to revised rules re the floor. Technical director Jody Eggington explained their approach “We have spent a lot of time working to recover the aero losses as a result of the regulation changes, whilst also focusing on increasing and improving the car’s aerodynamic operating window.”

Earlier this week and following the recent agreement by all teams to an engine freeze for the 2022-24 seasons Red Bull had announced the completion of a deal with Honda to take over the ownership and running of the latter’s hybrid power units when the Japanese company ceases its direct involvement in Formula 1 at the end of this year. This will enable both the Red Bull and AlphaTauri teams to continue to use these competitive power units after Honda’s departure. A company entitled Red Bull Powertrains Limited has been established to run the operation, which will be located within the existing Red Bull Technology Campus in Milton Keynes. 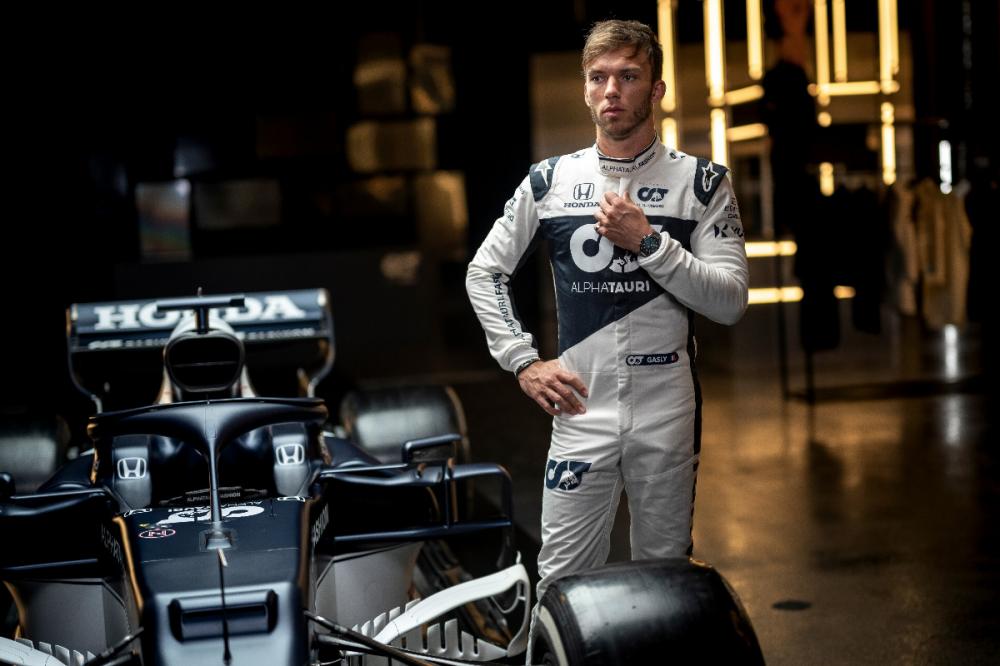 Pierre Gasly is looking forward to his role as team leader in 2021
Although Red Bull has yet to announce a date for the launch of their 2021 car, AlphaTauri showcased its new driver pairing at its own launch this morning. The 25 year old and highly talented Frenchman Pierre Gasly, who took a surprise victory at last year’s Italian Grand Prix at Monza, is being retained for at least a further season and will be the team leader. Alongside him in place of the dropped Russian Daniil Kvyat will be the promising rookie, 20 year old Yuki Tsunoda, the first Japanese driver to compete in F1 since 2014. 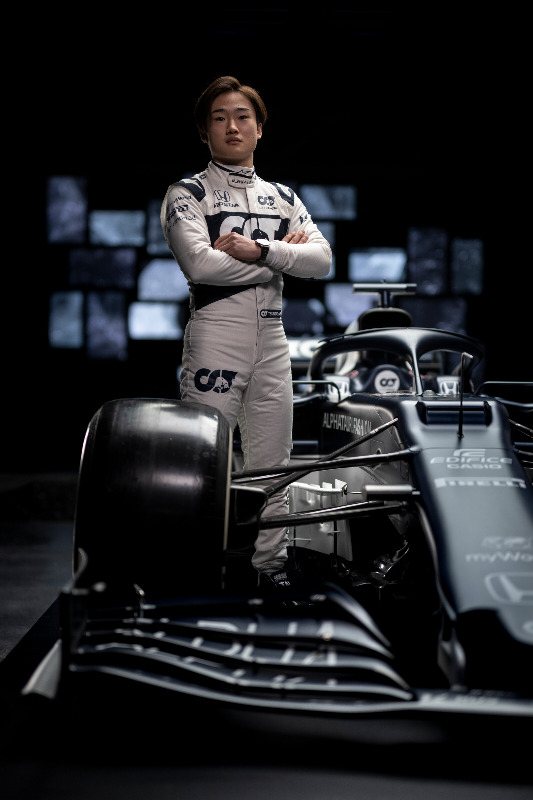 20 year old Yuki Tsunoda will be the first Japanese F1 driver since 2014
Tsunoda was the 2018 Japanese Formula 4 champion and raced for the vastly experienced Carlin team in last season’s Formula 2 campaign, finishing third in the rankings and very much catching the eye with some outstanding performances. He is also a member of the Honda Formula Dream Project and the Red Bull Junior Team. Tsunoda knows he is at the start of his F1 learning curve, but has promised not to hold back and so he could be one to watch out for even if he will probably have very few, if any opportunities to fight for podium finishes. His new team does though hope to challenge to head the ultra-competitive midfield battle.

The Scuderia AlphaTauri team principal Franz Tost was keen to explain Tsunoda’s promotion “The decision to go for Pierre and Yuki in 2021 was taken because Scuderia AlphaTauri’s philosophy is still to give talented young drivers for the Red Bull Junior Program the opportunity to step up to F1 and to educate them and this is why Yuki now gets his chance.” 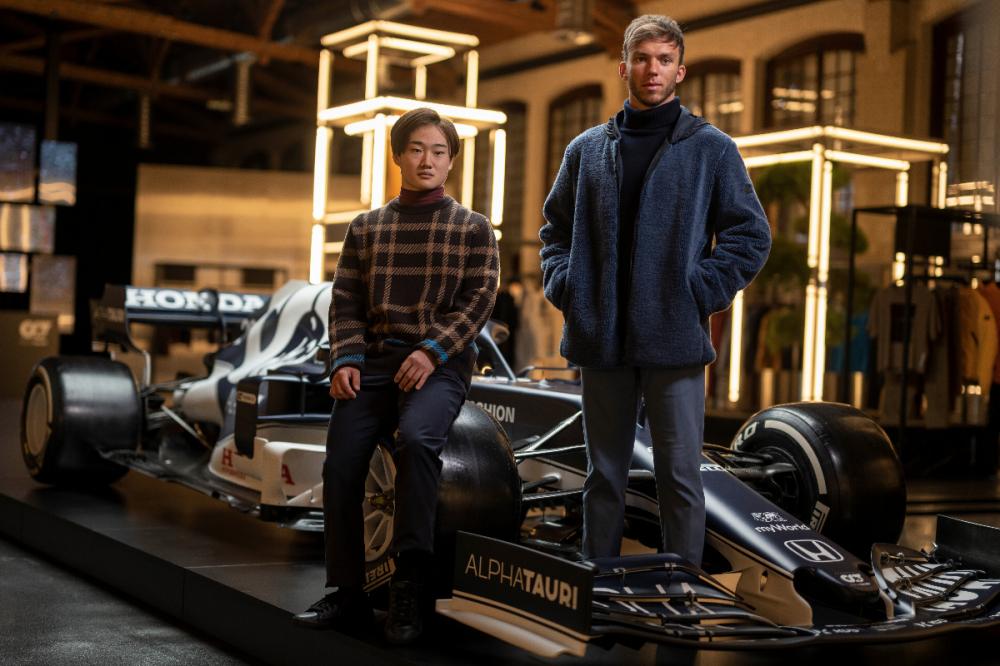 Tsunoda (left) and Gasly took the opportunity to model some of the AlphaTauri clothing range
With McLaren and AlphaTauri now having revealed their 2021 cars, we won’t have to wait long for the next team launch as Alfa Romeo is set to unveil its C41 contender on Monday of next week in Warsaw, Poland.