Amelia Lily and Girls Aloud - It's Good To Be Back 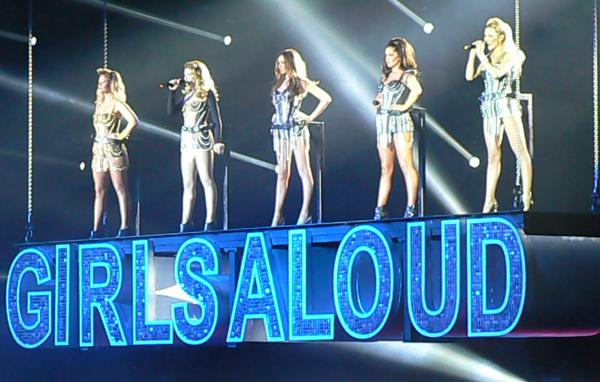 Amelia Lily may not have won the X Factor in 2011 but she appears to be doing better than some of the other contestants who have previously finished in third place in the contest.

On paper it sounds like a good idea: Lily supporting Girls Aloud as both acts share the same Xenomania songwriting team and have a similar audience. The majority of her 30-minute set consisted of tracks from her forthcoming debut album 'Be a Fighter' to be released in April. 'Truth or Dare' and her new single 'Party Over' were two of her best tracks, along with her first single 'You Bring Me Joy' and second single 'Shut Up (and Give Me Whatever You Want)'. 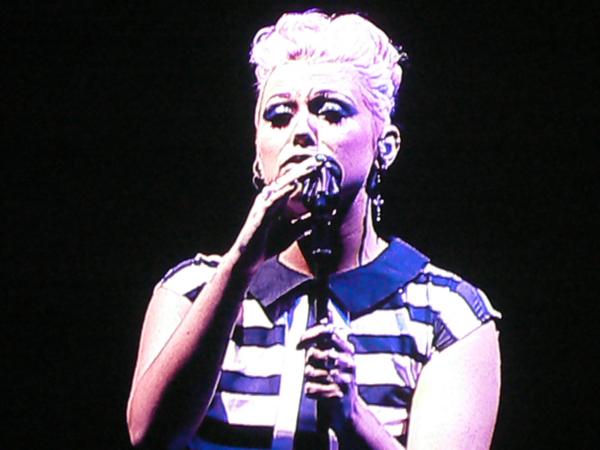 It was refreshing to hear the acoustic break during her set when she was accompanied by a lone guitarist in performing a cover of Bruno Mars' hit 'Locked out Of Heaven'. She shared with the audience her thoughts on how weird it felt to be supporting Girls Aloud after being a member of the audience 4 years ago when the group last toured. She will probably shine even more in a more intimate setting as opposed to a huge arena like tonight's venue.

The fact that Girls Aloud have been able to keep their fan base for the last 10 years in the fickle world of pop must say something about the act or the quality of their pop tracks. 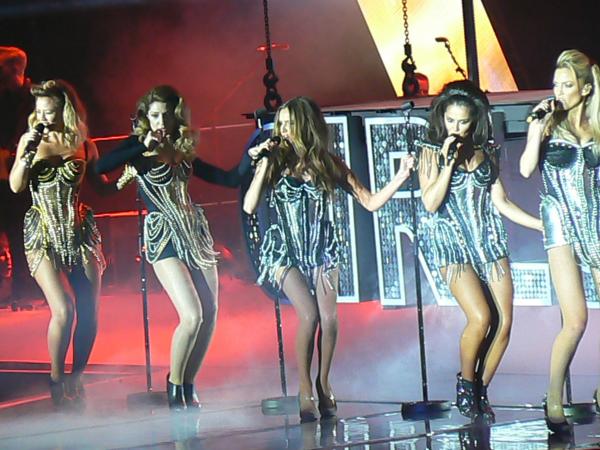 Performing in Manchester on the last of 3 nights in the city, the girls made their entrance on stage by being lowered down on huge giant letters spelling out Girls Aloud as their debut hit 'Sound of the Underground' pulsated across the arena. As entrances go it was very impressive.

'Good Advice' allowed the girls to step down from the giant letters as 5 male and 5 female dancers joined them on stage.

However, because the female dancers were wearing the same colour outfits as Girls Aloud, at times it became hard to distinguish who was in the group and who were the dancers.

Midway through the show the girls climbed back onto the giant letters as they were elevated across the heads of the audience to a small stage at the rear of the auditorium.

It may not be a new stunt: Olly Murs and JLS have both done the same trick on their tours in the last 12 months, but if you have never seen it before it looks very impressive. 'On the Metro', one of the new songs from their greatest hits album, Ten, brought their sound up to date with its Calvin Harris and David Guetta influences. 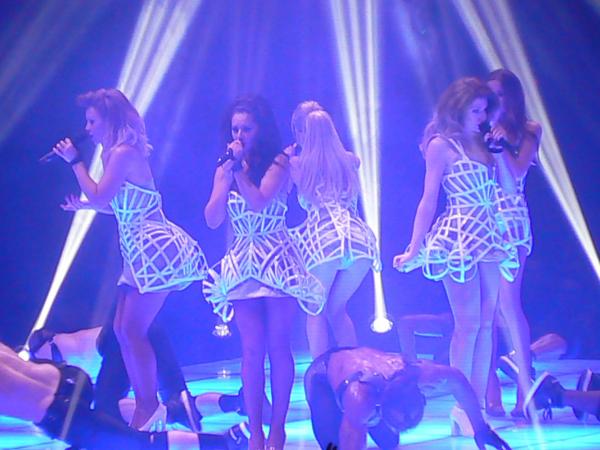 With 5 costume changes during the evening there was never a dip in the energy levels. Bradford-born Kimberley Walsh appeared to be enjoying herself more than some other members of the group although it was Cheryl Cole who got the loudest cheers of the night.

The Pretenders classic 'I'll stand By You' and their track, 'The Promise' closed what had been a spectacular show. "It's good to be back" they told the fans. As the five left the stage in sparkly red dresses, the men in the audience who had been dragged along by their better halves could not have agreed more.