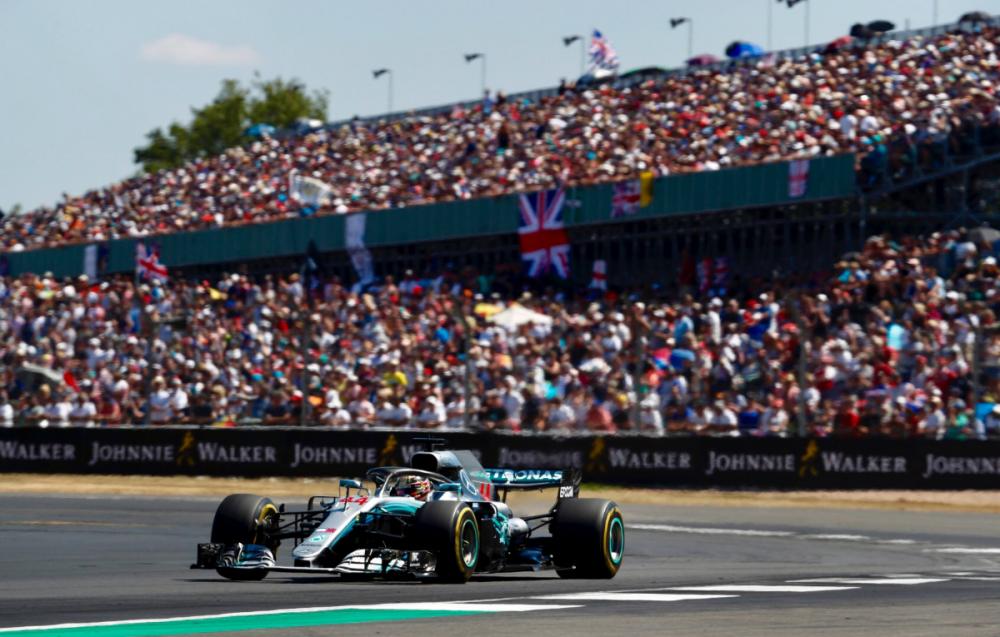 Will Lewis Hamilton be thrilling the massive Silverstone crowds again come July?
Silverstone, the home of the highly popular Formula 1 British Grand Prix, has set a deadline of the end of April for a decision to be made about whether this year’s event in July can take place.

The worldwide coronavirus pandemic has already caused the postponement or cancellation of the first eight Grands Prix on this year’s calendar, with the season opener now due to be Montreal’s Canadian event in mid June. There still very much remains a question mark about this though and there is no guarantee either that the two following races in France and Austria will take place, with the British Grand Prix set to follow straight after. 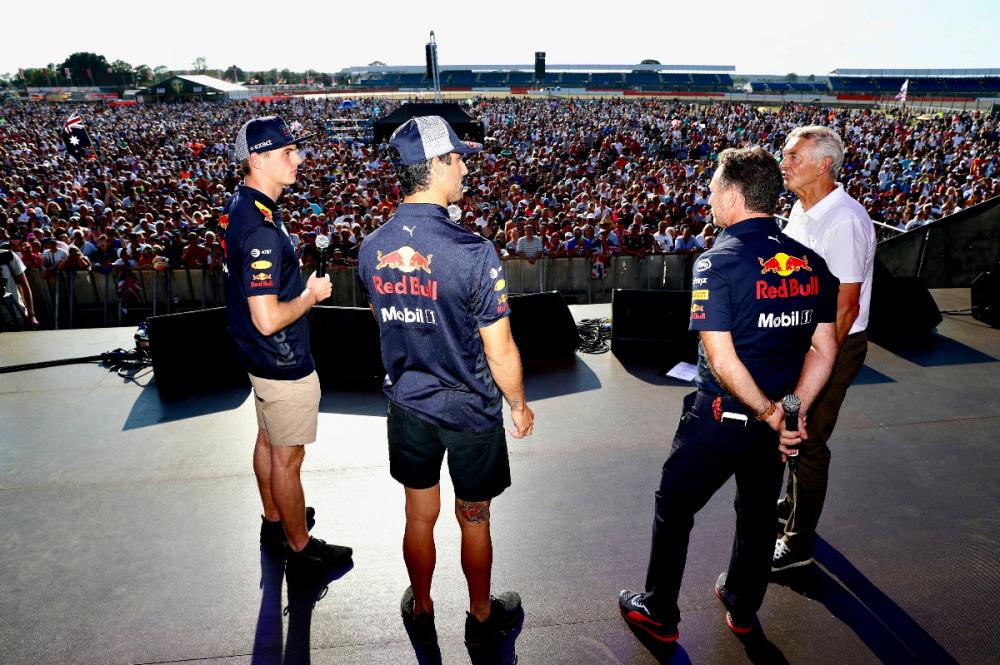 Even the driver and team principal Q&A sessions at the home of British motorsport always attract large audiences
Despite this summer’s Olympic Games in Japan and this year’s Wimbledon tennis tournament now called off, Silverstone still hopes that its round of the F1 world championship can take place, but for logistical reasons due to all the preparatory work required for an event likely to attract over 300,000 spectators over its three days a decision needs to be made by the end of this month. 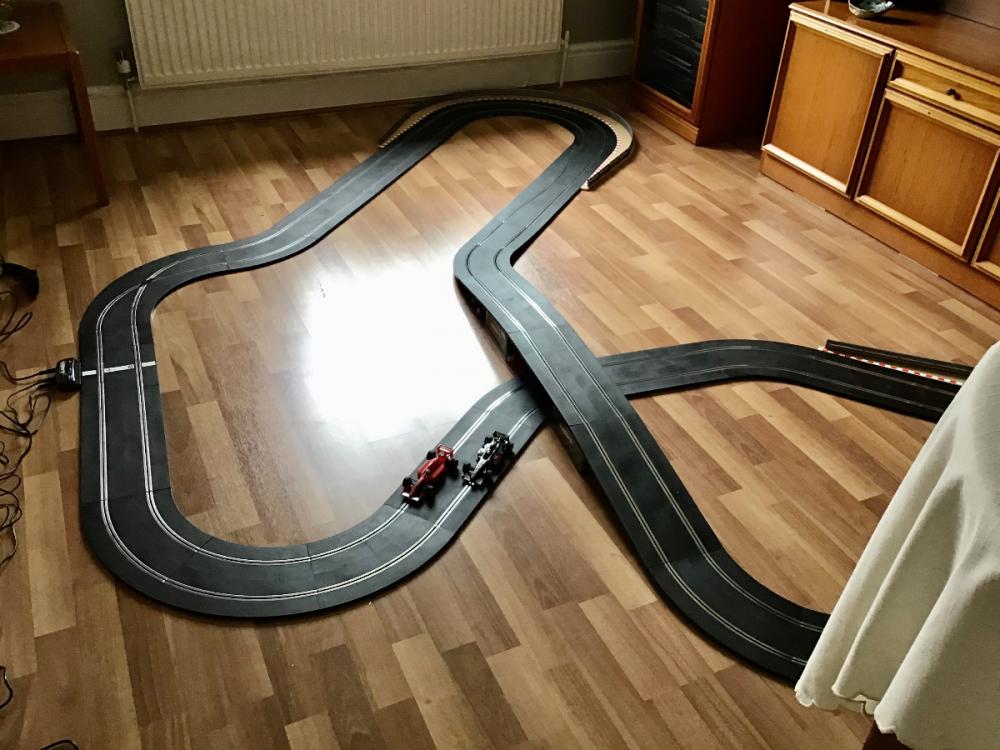 There’s always racing around the dining room if not at some of the world’s greatest circuits!
A statement issued by Silverstone has confirmed the circuit’s stance “We remain in close dialogue with Formula 1 regarding the ongoing situation and are assessing the feasibility of holding the British Grand Prix on 17-19 July”, adding that “The safety of our fans, colleagues and the F1 community will be our priority and we will continue to engage with the appropriate authorities.”

With the impact of the pandemic still worsening in so many countries, including the UK, the thought of a sporting event featuring such a massive crowd in very close proximity appears highly unlikely at the moment and it seems probable that the event may have to be called of, but there is still time for further developments before a final decision is made. 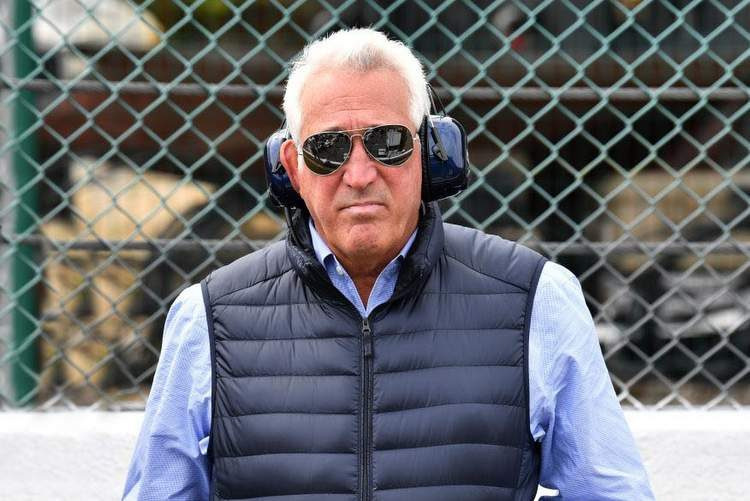 Has Lawrence Stroll persuaded Mercedes’ Toto Wolff to join him at Aston Martin and their F1 team wef 2021?
The F1 authorities are continuously reassessing when this year’s season might eventually commence and what format it might have to take, with a real need for some thinking outside of the box. Numerous options have been discussed, including a focus mainly on European events which can be reached by road transport without the need for longhaul flights (although driving to the likes of Spain and Italy are clearly non-starters for the foreseeable future) and also extending this year’s championships into early 2021.

The possibility of shortening F1 race meetings to two rather than three days to more easily facilitate back to back Grand Prix is another option on the table and, beyond this, more radical alternatives may include holding races on consecutive weekends at the same track or even holding two Grand Prix during a single F1 event. All such thoughts are aimed at enabling at least a reasonable number of races to take place.

Elsewhere, under the aptly named Project Pitlane, all seven British based F1 teams have been helping to fight the invasive virus. The Mercedes team has provided significant mechanical engineering technical assistance to the medical world in speeding up the redesign and production processes of an existing respiratory device named CPAP to help those hospitalised with the COVID-19 virus who need breathing assistance but who do not require ventilator support.

The British F1 teams have also been working together to help with increasing the production and supply of additional and much needed ventilator equipment in these difficult times.


Also by Graham Read...
The Pandemic Forces Further F1 Calendar ChangesA 100th Pole And A Sixth Spanish Victory For HamiltonHamilton Extends His Championship Lead In Portugal﻿F1 Approves Sprint Races At Three 2021 Grands PrixDoncaster’s Ewen Sergison Claims A Podium Finish In Monaco
Formula 1 wouldn’t be what it is without rumours about drivers and senior team personnel still circulating despite the current hiatus. One hot topic is whether Mercedes Team Principal Toto Wolff is set to team up with Canadian businessman Lawrence Stroll next year, heading up both the Aston Martin road car company and its new Formula 1 team after taking over the current BWT Racing Point outfit already predominantly owned by Stroll (the father of current Racing Point driver Lance Stroll).

The other main rumour is whether four time F1 champion Sebastian Vettel will leave Ferrari at the end of this season to join McLaren, joining up with their highly rated new team principal Andreas Seidl and renewing a close friendship formed when both Germans worked together during their Formula BMW days.

If out of contract Vettel does head Woking way, McLaren’s current incumbent Carlos Sainz or the equally highly ranked Australian Daniel Ricciardo could well fill the vacant seat at Maranello. The French Renault works team is very aware that they need to up their game if they hope to hold onto the highly likeable Danny Ric for next year.

Lastly for now, what does your Formula 1 correspondent get up to when the season is significantly delayed and the pandemic also pauses his sidelines as an F1 guestspeaker ashore and on cruiseships? Well, he persuades his wife to let him transform the dining room into his very own race circuit for daily races!