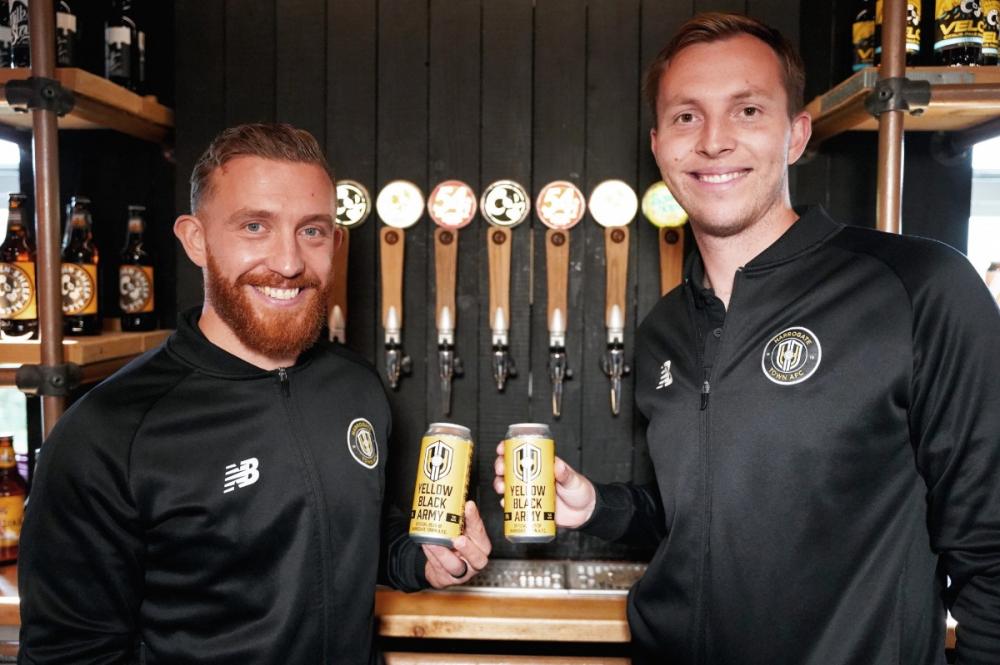 Brewed in collaboration with the League Two side, Yellow Black Army is a dynamic, powerful and fruity session IPA, packed with a blend of American hops. The launch of the official ‘Town’ beer comes as part of Black Sheep’s major sponsorship deal with the recently-promoted club.

Yellow Black Army is a 4.0% Session IPA, with notes of tropical fruit leading the attack, whilst the robust malt blend tidies up the back, allowing the hops to take all the glory.

Toasting the launch of the new beer Chief Executive, Charlene Lyons, commented: “We’re so excited to launch Yellow Black Army to fans of the ‘Town’. We’ve been working really hard behind-the-scenes to create a beer that perfectly encapsulates the essence of Harrogate Town AFC, and we think fans will absolutely love the final result!

“Given the club’s recent promotion to the Football League for the first time in its history, we felt it was only right to celebrate Harrogate Town’s success in true Black Sheep fashion – with its very own, official beer.

“Our deal with Harrogate Town is the first time Black Sheep has sponsored a football club. Everyone at the brewery is thrilled to be working alongside the club and its brilliant squad of players, as they continue their journey in League Two, with a pint of Yellow Black Army ready to toast their successes.”

Harrogate Town AFC manager and club legend, Simon Weaver, added: “I’m sure our fans will be delighted to be able to drink our very own, official beer. Just like our club, Black Sheep does things its own way and has created a unique sense of identity in the process. We can’t wait to see our fans’ response to Yellow Black Army, and give them another chance to enjoy how far our club has come in recent years.”


From 8th November, Yellow Black Army will be available in cans direct from the brewery online or in-store and also from the official HTAFC shop in Harrogate.

The sponsorship of Harrogate Town AFC is the first ever time the brewer has sponsored a football club. The initial deal is for a two-year period with options to extend.