As part of Bowel Cancer Awareness Month during April, health and care organisations across Leeds are urging people of all ages to be more aware of the signs of the disease and see a GP if they have any concerns. 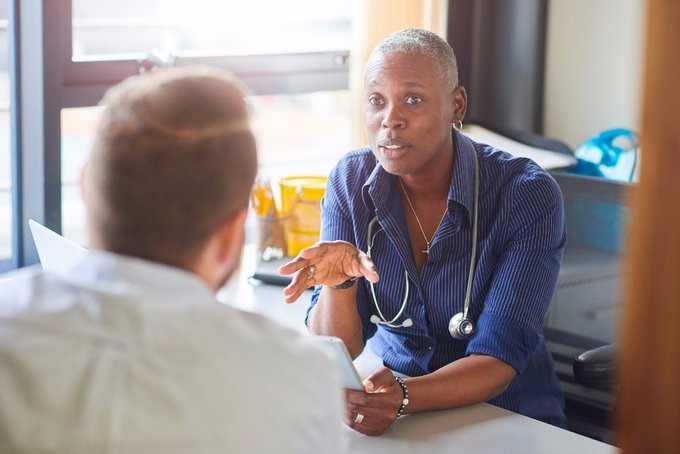 Bowel Cancer is the UK’s second biggest cancer killer. Every 15 minutes in the UK someone is diagnosed with bowel cancer. It’s more common in older people but it can affect people of all ages. Around 268,000 people living in the UK today have been diagnosed with the disease.

Dr Sarah Forbes, Associate Medical Director at NHS Leeds CCG and joint clinical lead for the Leeds Cancer Programme, said,
“Despite incidences of bowel cancer steadily falling in the last decade, unfortunately, cases of bowel cancer are still too common. 1 in 15 men and 1 in 18 women will be diagnosed with bowel cancer during their lifetime. If it’s caught early, however, there’s a really good chance of recovery.

“While the disease is more common in people over the age of 50, bowel cancer can affect at any age with more than 2,500 people under the age of 50 being diagnosed in the UK every year. It’s never been more important to make people from every age group aware of the symptoms.

“Being aware of the key symptoms and visiting your GP if things don’t feel right can help increase chances of an early diagnosis. Survival rate increases significantly if bowel cancer is diagnosed at the earliest stage; however this drops significantly as the disease develops.”

Through the Leeds Cancer Programme, the city has recently introduced an improved and easier to use and more accurate Bowel Cancer Screening test, called the Faecal Immunochemical Test (FIT test).

This test can be given to patients by their GP which to complete in their own home with the following symptoms:

Most people with these symptoms don’t have bowel cancer. Other health problems can cause similar symptoms. However, if you have one or more of these, or if things just don’t feel right, see your GP.

For more information on screening and symptoms go to NHS website at www.nhs.uk/conditions/bowel-cancer/ or visit Bowel Cancer UK.