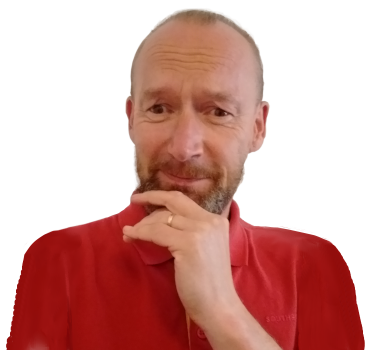 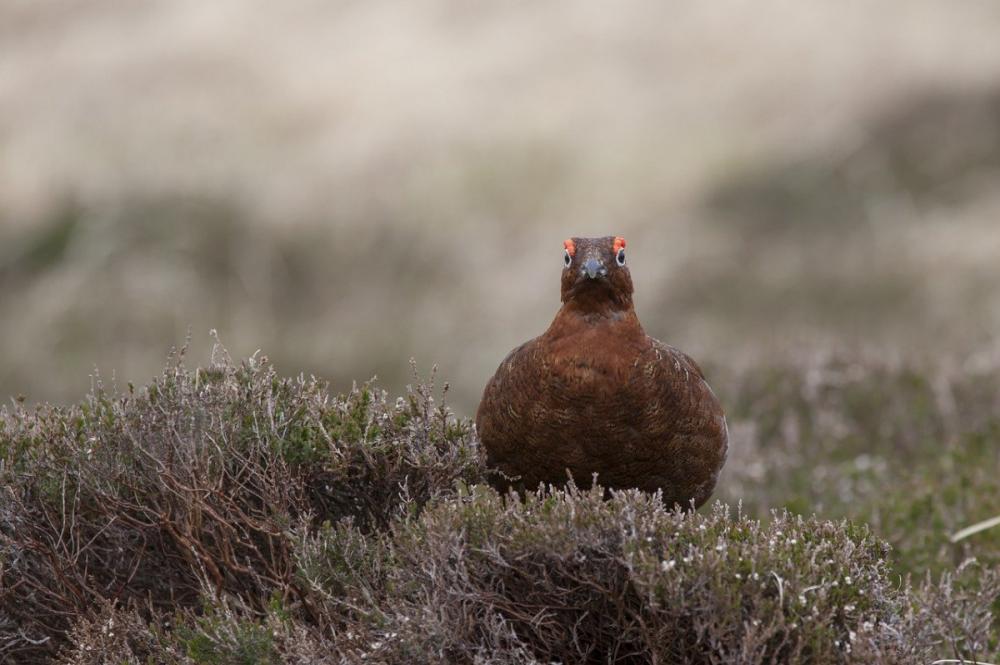 Image by adriankirby from Pixabay
The traditional grouse shooting season on the moors of North Yorkshire is turning out to be anything but glorious.

Usually by mid-August the upland estates of the north are swarming with the tweed-covered friends of the seventh Earl of Bucktooth accompanied by the dozens of hirelings necessary to ensure a successful slaughter. This year however the moors are strangely quiet, free as they are from the popping of shotguns, the howling of spaniels and the braying of the entitled. Beaters have not been called on to beat, loaders have nothing to load and fortunes in pounds and dollars normally shelled out by those without the connections to be invited guests have stayed firmly at home in Surrey and South Dakota.

What has caused this welcome absence of lead shot and privilege? Could it be an unexpected silver lining behind the cloud that is Covid?

Well, although the restrictions thrown up by the health crisis would have curtailed participant numbers and imposed an even greater desire than usual for the wealthy guns to steer clear of the paid estate workers, the knockout blow to the sport this year has actually been struck by a tiny beetle. The larva of the Lochmaea Suturalis (a not very cute little tick commonly known as the heather beetle) feed on the plant its named for, destroying the main source of food for the Grouse as they go. As it turns out, 2020 has been a great year to be a Lochmaea Suturalis.

All over Yorkshire, the country sports fraternity have been left reeling by this little bug which has chomped its way across the moors, forcing them to cancel their outings to the shooting butts due to the lack of anything grouse like to point their Purdys at.

Adrian Thornton-Berry helps to run Dalesports in Wensleydale. Ordinarily, they’d be happy to take you out for a day’s shooting in exchange for £2800, but maybe not this year. As Adrian says, the prospects for the sport look bleak; ‘I have been involved in the shooting of driven Grouse for over 30 years and I have never in all my time experienced a set of circumstances so dire for Grouse shooting generally.’

Meanwhile, the prestigious Bolton Estate, home to a really nice castle and 5000 acres of heather moorland, confirmed that they had been forced to cancel the traditional start of the season, ‘There was no shooting on the 12th, there were no birds!’

On the other side of the wildlife fence, there is no sign of gloating but perhaps a tiny glimpse of schadenfreude. Dr. Mark Avery who, along with Chris Packham and Dr. Ruth Tingay, founded Wild Justice to lobby for changes the policies that affect such things, sees the industry’s current problems as a clear sign of things to come; ‘If I were an upland gamekeeper, I'd be looking for a new career. Intensive grouse shooting is on its last legs.’

This view is shared by other wildlife campaigners who believe that the sport’s refusal to adapt is hastening its own downfall. 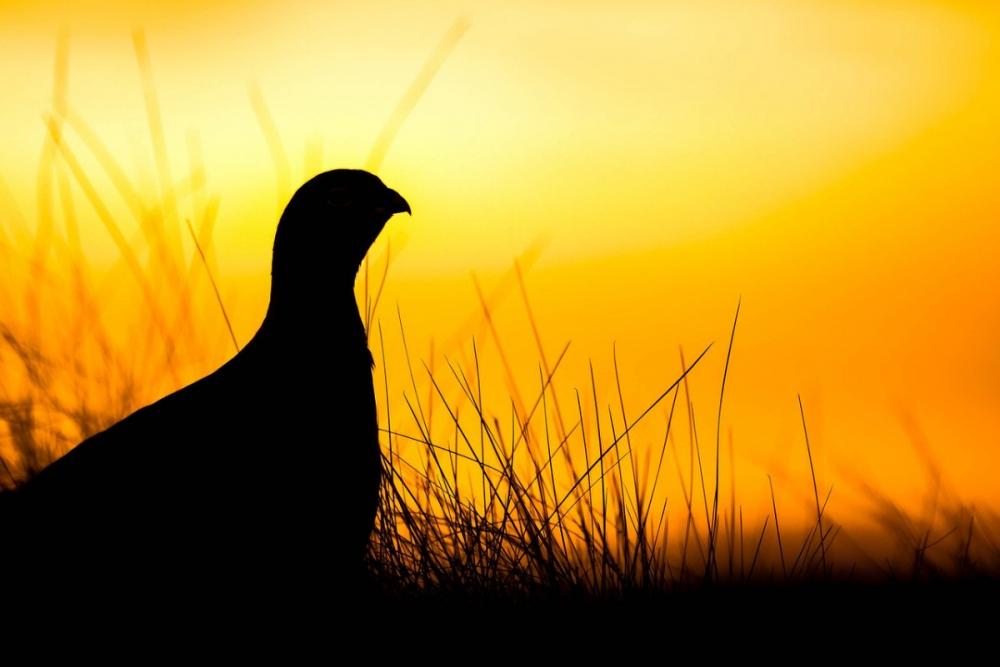 Image by danny moore from Pixabay
Nick Weston, head of campaigns at the League Against Cruel Sports, believes the shooting as a business is struggling to survive because it won’t face up to change; ‘Grouse shooting is an industry in decline. It employs just 2,500 people, it’s not a tradition and could be easily replaced with non-lethal shooting such as clay-pigeons that would be available all year round at a lower cost to everyone.’

In the face of this year’s problems the British Association for Shooting and Conservation placed adverts in several Yorkshire newspapers welcoming the start of the grouse shooting season and promoting what they feel are its benefits for the region; ‘Without grouse shooting and the visitors it attracts, businesses would fold, jobs would be lost, and communities would be broken. The invaluable conservation work carried out would stop, and the future would look very bleak indeed.’

The BASC claims that grouse shooting generates revenues of £100 million, a figure disputed by groups who campaign for its abolition. As Nick Weston points out; ‘The cost of a day’s shooting can go up to £4,000, so to say it attracts vast swathes of tourists is a bit of a stretch.’

Amanda Anderson is the Director of the Moorland Association, the members of which own or lease close to a million acres of moorland and generally enjoy shooting things on them. She is bullish about the sport’s future, choosing an agricultural analogy to explain this year’s shortfall in available feathered targets. ‘Grouse,’ she reminds us, ‘is a wild bird, it is in the nature of wild birds that some years they do better and some years there are less to harvest.’

Along with the issues of beetles, coronavirus and the loss of the lucrative visits from overseas, gamekeepers have been facing the growing threat of a ban on the burning of heather. The practice is used to provide grouse with the new growth they prefer to hunker down in, but is increasingly attracting criticism for the clouds it sends upwards as well as the harm it does downwards. Research by the University of Leeds has found that burning grouse moors degrades peatland habitat, releases climate-altering gases, reduces biodiversity and increases flood risk. The environment minister, Zac Goldsmith, has promised to stop the practice while the committee on climate change has recommended that a grouse-moor burning ban be introduced within the year. As a result large landowners such as Yorkshire Water, United Utilities and the National Trust have prohibited heather burning on more than 30 major tracts of land across northern England.

Added to all this, there is the perennial suspicion voiced by many of the groups keeping a watchful eye on the country’s birds of prey that these often endangered creatures would fare a good deal better if they didn’t have to dodge the artillery and illegal traps of gamekeepers keen to protect their latest crop of grouse chicks from any passing beak. The word suspicion is used here as a synonym for stone, cold certainty. Organisations such as the Royal Society for the Protection of Birds are in no doubt that the killing Hen Harriers, Buzzards and Eagles is as much a part of the daily grind for some estate managers as the doffing of caps and the tugging of forelocks. They even have a handy map on their website so you can see for yourself what wildlife crimes have been committed in your neck of the woods. ‘The grouse shooting industry has failed to clean up its act,’ says Martin Harper, director for conservation at the R.S.P.B . ‘The status quo is clearly not an option.’

He believes that more regulation of the sport is needed to improve the situation, ‘The obsession with chasing red grouse to be shot is a disaster for people and nature: birds of prey continue to be illegally killed while peatland habitats are being burnt, releasing tonnes of carbon into the air.'

Nick Weston is happy to suggest a solution, ‘Non-lethal shooting would see an end to this cycle of killing protected raptors just to preserve bird stocks for the guns and move away from burning heather on fragile moorland. Had the shooting lobby made this move sooner, perhaps their jobs would be safer and they would be faring better at this time of national crisis.’

In their adverts, the British Association for Shooting and Conservation urged the readers of the Yorkshire Post to; ‘Forget the myths and the misinformation – shooting is a massive force for good in the British countryside.’ But it may be a force that is waning. The influential Grouse Report produced by Dalesport makes a downbeat prediction, ‘Some moors have so little heather left, the old and young Grouse are still dying due to lack of food. Unfortunately, the prospects for driven Grouse shooting in the North of England for 2020 are almost completely written off and the prospects for 2021 season are not good.’

Meanwhile, at Wild Justice Dr. Mark Avery is clear about what he sees as the future for the sport; ‘Intensive grouse shooting is on its last legs because of the spread of disease and climate change impacts but also because the industry has not clamped down on wildlife crime. The future will not include driven grouse shooting.’