Can a Funeral Be Fun?

The days of Victorian-era funerals with mourners clad all in black and crying tears of anguish through a monotonous, God-focused service are long gone. More and more, funerals are now referred to as ‘celebrations of life’ and reflect the way the person lived, rather than lingering over the idea that they’re gone. 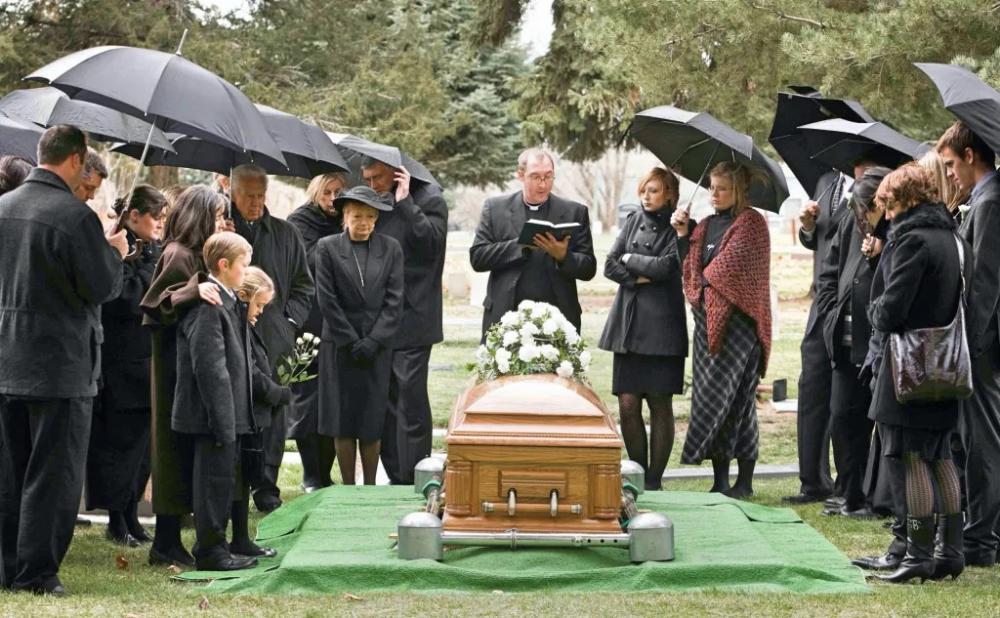 Wearing black at funerals is gradually going out of fashion
But despite that, very few people would go so far as to say that funerals are ‘fun’. Indeed, many may argue that a ‘fun funeral’ would be inappropriate, given the circumstances. But can a funeral be fun? Should a funeral be fun? Or should the only ‘fun’ in ‘funeral’ be simply in the word itself?

So, can a Funeral be fun?

In order to answer this question, I surveyed my followers on Instagram – many of whom are industry suppliers themselves – to gauge their opinion of whether or not a funeral can be fun.

“Funerals Have That Overwhelming Sadness”

Em from Eva Jane Bridal said that funerals are always overshadowed by the ‘overwhelming sadness’ of the occasion. This is indeed true – it can sometimes feel inappropriate to be seen to be having fun when a funeral is inherently a serious, sad event. However, death does not put a ban on laughter, which Em also highlights: “I do love the eulogy part where you can crack a smile and a laugh when you’re reminded of the funny parts of a person’s life.” 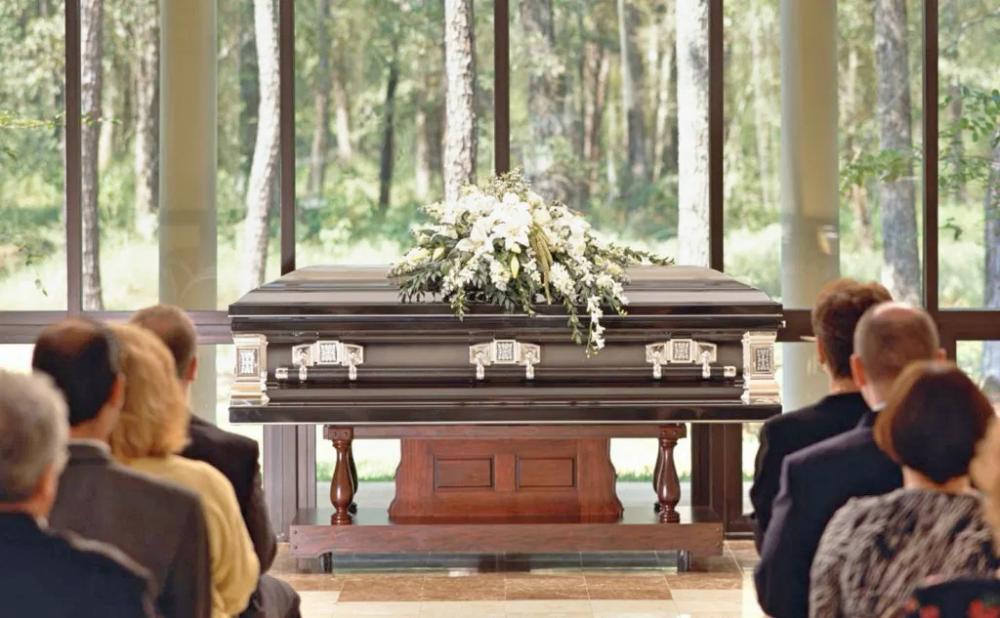 Tragic deaths can lead to mourners still being in shock on the day of the funeral, which is not conducive to a ‘fun funeral’.
Indeed, this is a key aspect of a modern funeral: research on grief led by Assistant Professor of Psychology and Education at the University of Columbia George Bonanno showed ‘Those who exhibited genuine smiles and laughs [during the grieving process] predicted less grief over time and evoked positive emotions in others’. Thus, some studies are suggesting that laughing in the face of grief, despite this still being somewhat of a taboo in some western cultures, can actually be very good for you.

But while it is becoming more common to have humorous anecdotes in funerals, should we really be ‘enjoying’ them?

“It Depends On The Circumstances”

Lisa O’Bernier of Mason Funeral Celebrant Services doesn’t think it’s possible to have a good time at a funeral: “I’m not sure you can have ‘fun’ in the sense of having a good time,” she says, although she agrees with Em that funerals can definitely be ‘light hearted and humorous’. But a key point she makes is that “It depends entirely on the circumstances around the funeral and family,” and this is very true. 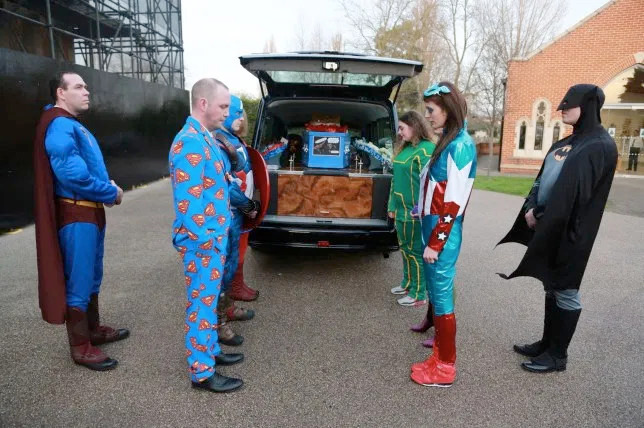 Anyone for a superhero-themed funeral?
A funeral for an elderly person who lived well into their 80s or 90s and died, for lack of a better term, of ‘old age’, is far different to that of a younger person who died due to a tragic accident. With the former, the family will have been anticipating their loved one’s death to a certain extent, and are thus more prepared to accept it and look back on their life with joy and laughter.

But with the latter, it is a shock to everyone involved – the story of a person taken before their time, and of a person who was unable to fulfil their potential and live a long, happy life, is truly sad, and it can be a misstep for a celebrant to try and find positives at such a sorrowful event.

“Shining A Light On A Dark Situation”

Elliot Dodd, a celebrant based in Manchester, disagrees with Em and Lisa to a certain extent: he thinks that funerals can be fun in the right situation. “Absolutely!” he said upon answering the question of whether funerals can be fun: “During lockdown, I conducted a funeral where the family carefully chose music that reflected the gentleman and his funny character, which provided a warm, fun, and relaxed atmosphere.”


Also by Mark Gregory...
5 Eco-Friendly Things You Can Do With AshesWedding Celebrants – What Are They, And Why Are They Becoming So Popular?Stunning Outdoor Wedding Locations In The UKThe New Proposed Laws On Marriage In England And Wales ExplainedReasons Why You Should Choose Your Own Funeral Celebrant
Elliot may have a point. In 2017, the Metro reported that Co-op Funeralcare had noticed a growing trend in personalised – and even themed – funerals. Maria from It Must Be Love Celebrant, a husband-and-wife celebrant team based in Adelaide in Australia, told of her husband’s mother’s wishes for when she dies. “My husband performed as the character Ronald McDonald for 20 years, and so his Mum insists that when she passes, he’s to wear his big red shoes to her funeral!”

A themed funeral certainly looks and sounds fun, but is it otherwise masking the seriousness of the event, and not giving mourners a real chance to say goodbye? Elliot doesn’t think so: “It’s a pleasant difference to shine a light on a dark situation.”

Karl Albrecht, PhD, has a similar opinion which he shared in Psychology Today: “As a culture, we share a collective form of near-hysterical denial and avoidance of the very idea of death. Maybe because so few of us have really examined the prospect of death – our own deaths – we carry around a lot of crazy, confused feelings about it.” Albrecht goes on to say that he’s already started planning his own funeral, and he wants it to be as enjoyable as possible.

Will You Have a Fun Funeral?

So can a funeral be fun? In the end, it probably boils down to circumstance, and what the deceased would want. But given that some people have experienced funerals that could be described as ‘fun’, it must be said that they can be, should the situation be right.

On a personal note, as long as I live a long, fulfilling life, I would like my funeral to be a massive celebratory party – one which will allow all my friends and family to look back on my life and smile. Whether or not I’ll have a themed event or not remains to be seen.

And how about you? Have you started thinking about your own funeral yet? Will you ensure that it’s a fun funeral, or would you prefer a more sombre affair? Let me know.