Citroën Mehari – Behind The Wheel. Merveilleux! 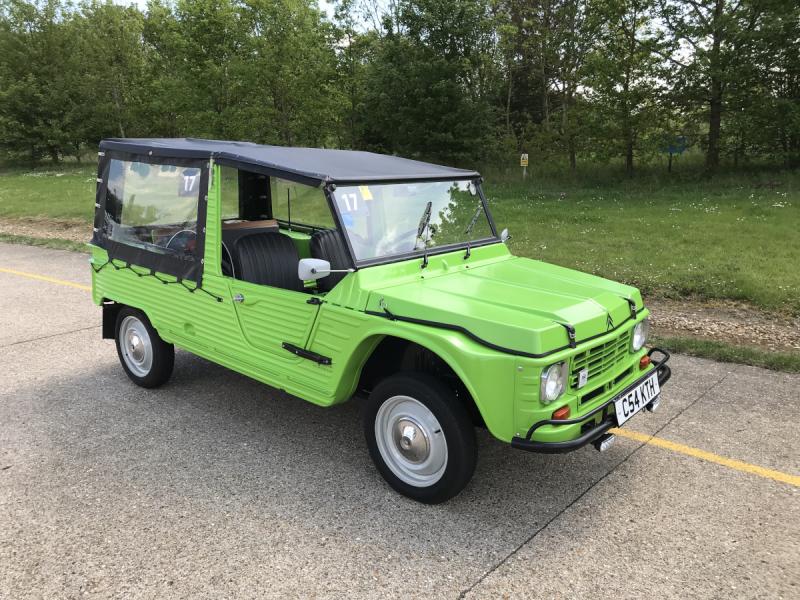 In amongst all the shiny new metal that I am lucky enough to test, the opportunity sometimes occurs to drive an old classic. I always grasp the nettle (or should that be steering wheel) with both hands.

The latest car to catch my eye was a beautifully restored Citroën Mehari, bought along to the recent SMMT Media Day at Millbrook.

Purchased as a wreck by its enthusiast owner, the quirky French car has been subject to an extensive restoration over many years. The result is a car with a lustrous paint finish, restored mechanicals and probably better reliability than when it rolled off the production line way back in 1985.

The Mehari was designed by Count Roland de la Poype (not Popeye as I first read it without my glasses on) a French World War II fighter ace. 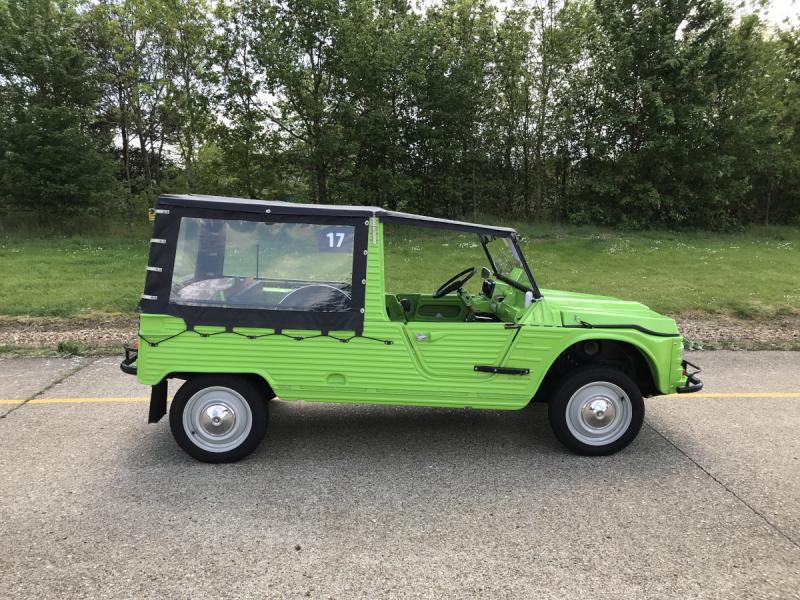 He headed the French company Société d’Etudes et d’Applications des Plastiques. The company was already a supplier to Citroën and so used its knowledge of plastics to create a new skin for established Citroën underpinnings.

Mechanical simplicity and the ready availability of parts, including the chassis, has clearly made the restoration of C54 KTH much easier.

Much to my surprise the owner was happy to let me drive his pride and joy unaccompanied. I think I would have preferred to keep an eye on the steady stream of journalists keen to get behind the wheel. 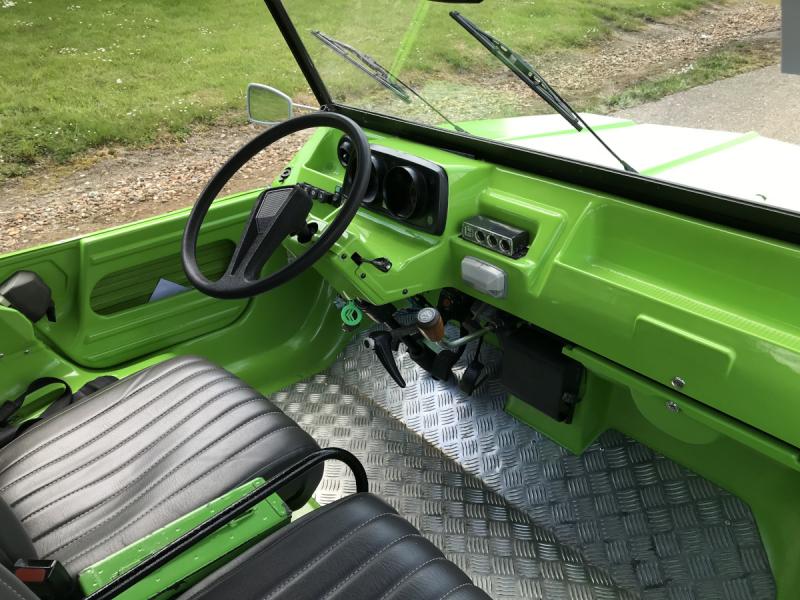 My brief drive encompassed Millbrook’s city course, which aims to replicate the urban environment. Heavy unassisted steering makes the Mehari somewhat unwieldy and then of course there is the push-me, pull-me gear lever to get used to.

Most memorable is the almost comical levels of body lean even at low speeds. This became even more apparent when I let a fellow journo take over the driving and I was perched in the passenger seat. No seat belts, small half doors and nothing much to hold on to left me feeling somewhat precarious. 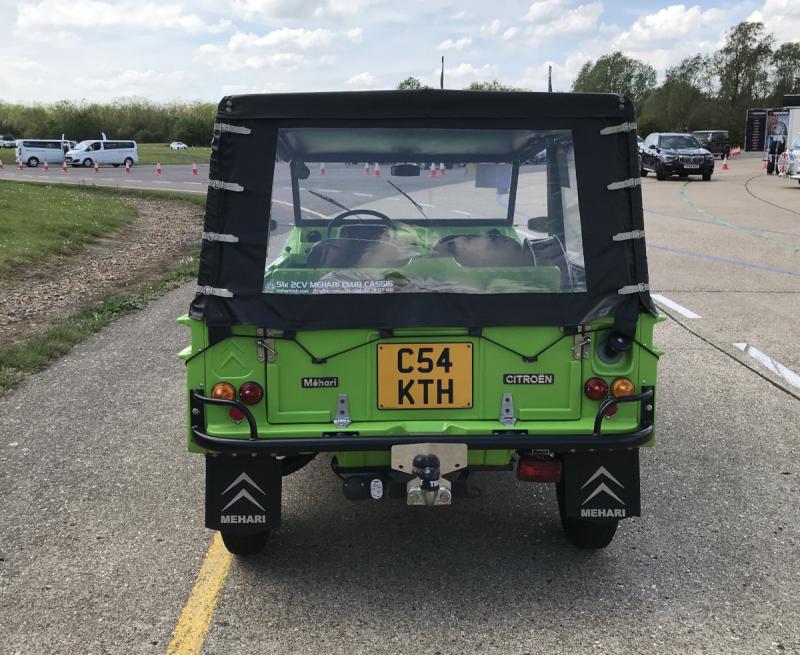 The Mehari was soon returned to its proud and chatty owner and more or less instantly was off again on another tour of duty. Was it the most driven car of the day? Quite possibly – clearly, I’m not the only one who enjoys returning to the simple pleasures of no-frills motoring. It makes me realise just how far we have come over the last 30 or 40 years. 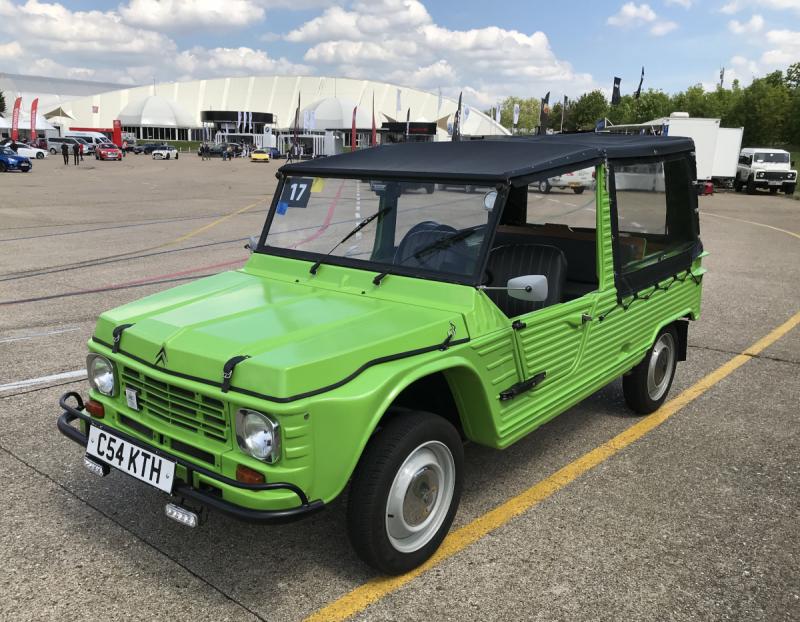 One of my fellow members of the Northern Group of Motoring Writers has a Mini Moke in his garage for high days and holidays. I guess a Mehari would do just as well, as long as you had no need to get anywhere in double quick time.

Citroen Mehari
Manufactured from 1968 to 1988
144,953 produced
Shared components with Dyane, 2CV and Ami
602cc engine
0 to 60mph – unknown but needs a following wind!
Top speed – how brave are you feeling?
Safety features – self-preservation…