Coppergate Centre’s Salute To The Olympics! 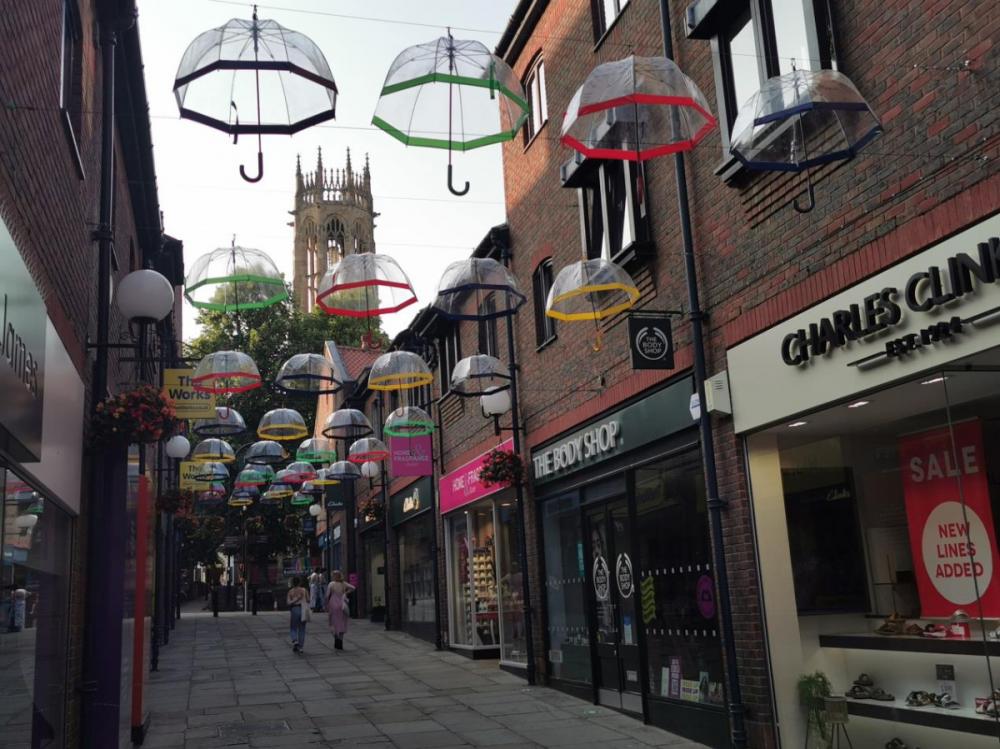 Residents and visitors to York’s Coppergate Centre for the next fortnight will see an overhead tribute to the Olympic Games, which started in Tokyo this lunchtime. The latest display of umbrellas dangling high above the pavement in Coppergate Walk feature rings in the five colours of the Olympic rings!

“Our display of suspended umbrellas is the only one in the world which changes several times during the course of the year, which makes it a fantastic photo opportunity not only for those making a day trip or enjoying a short break to York, but also to our local residents who love coming down over the summer months to see the displays change,” comments centre manager, Pippa Unwin.

“We try and keep the theme relevant to things happening in the city, but the Olympics was too good an opportunity to miss, so the latest display features clear umbrellas with coloured rings around the rim in the five colours of the Olympic rings.”

With the umbrellas displayed four abreast, suspended between the walls of the shops on either side of Coppergate Walk, the repeating five colours make a bright geometric pattern when viewed from either end. “The clear PVC umbrellas themselves look like great big bubbles, which reflects the bubble in which the Olympics are taking place this year – and, of course, our brollies have to be socially distanced from each other or they would become entangled when the breeze makes them dance on the wires!” adds Pippa. 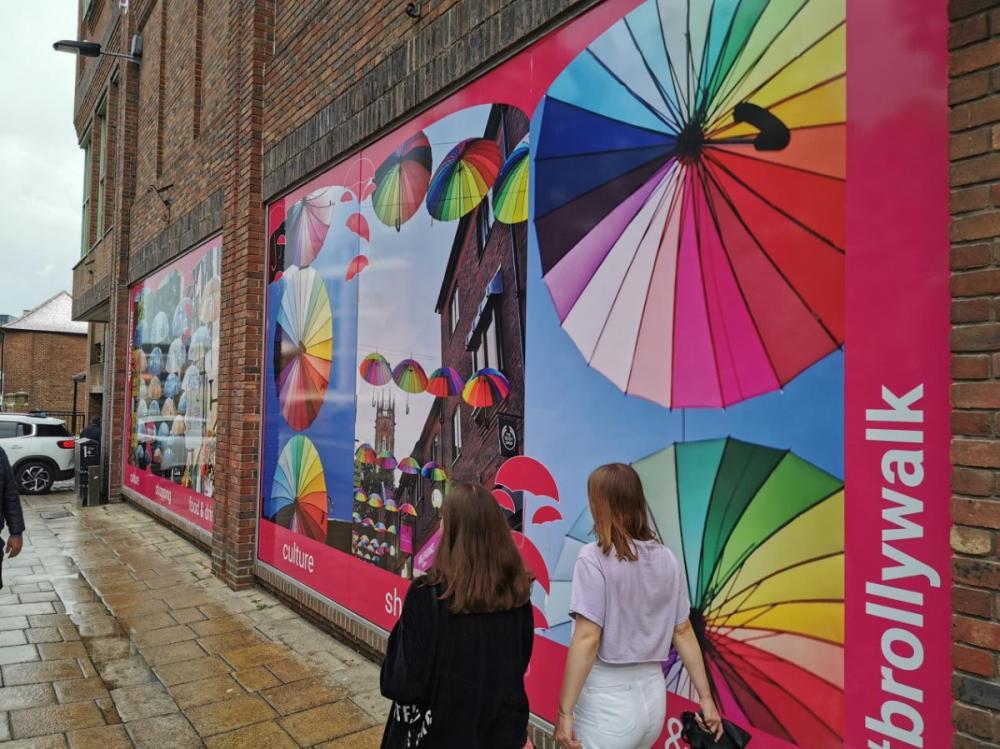 The Coppergate Centre’s colourful umbrella displays also add a splash of colour on the former TopShop store windows. Window wraps featuring huge photographs of some of the most vibrant displays from the last couple of years – from giant floral paints to the ‘I Love York’ and Pride rainbow umbrellas – cover the windows and doors from top to bottom in both St Mary’s Square and on Piccadilly.

Since re-opening earlier this year, the Coppergate Centre has been bustling with activity, with its blend of culture, shopping and food and drink in a safe, family-friendly environment proving very popular.

“We’re now home to four visitor attractions – JORVIK and The Hole in Wand and our two close neighbours, Van Gogh: The Immersive Experience and Fairfax House – which makes it a real focal point for tourists, our three street food vendors in the square, Caffe Nero and Café 21’s pavement café are popular venues for hot drinks, lunch and evening pizza takeaway – and we continue to have a strong retail offering with everything from designer labels to affordable fashion, beauty and, of course, the best selection of shoe shops in the city,”

Pippa says. “The newest addition is Toki’s Treasures, a pop-up gift shop from the JORVIK team in the kiosk in the square.”